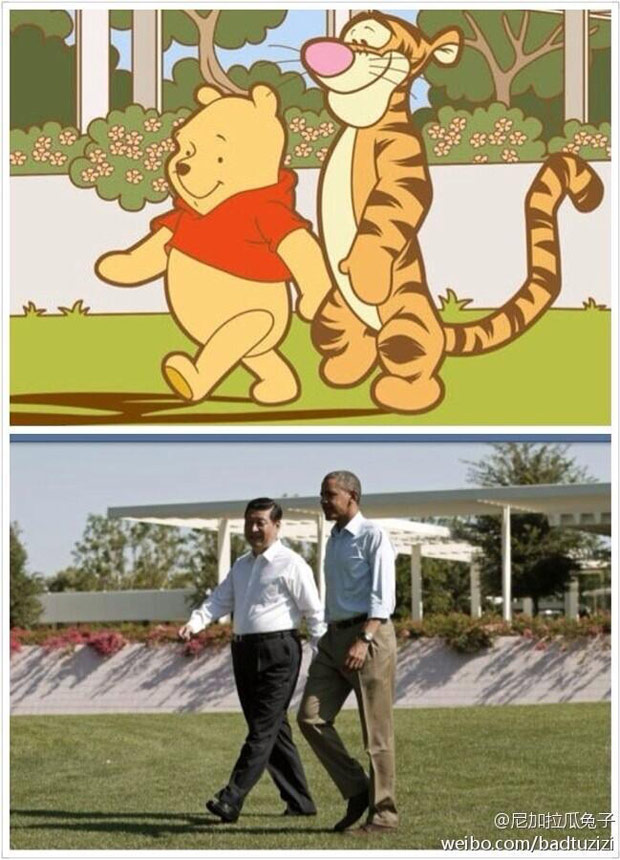 China has censored an image of Winnie the Pooh strolling with Tigger, after it went viral on popular Chinese microblogging site, Sina Weibo.

The image was circulated after bloggers noticed the similarities between a photo snapped this week of President Barack Obama and Chinese premier Xi Jinping and an illustration of the cartoon characters.

China’s censors are known for their lack of a sense of humour: earlier this month, censors deleted a photoshopped version of a famous picture showing a single protester standing before a row of tanks in Tiananmen Square, where the tanks were replaced with large rubber ducks. 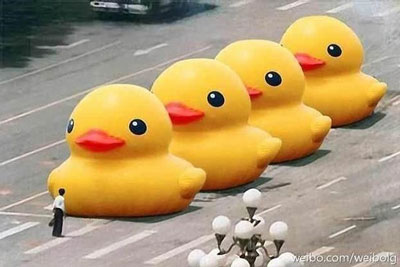 One response to “China censors Winnie the Pooh”