Vietnam's government keeps cultural activities from web comics to concerts under its watchful eye, for sex as much as sedition. 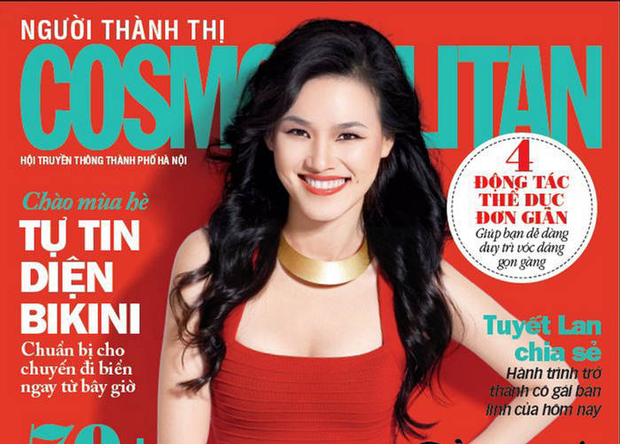 In late October blogger Dinh Nhat Uy became the first activist sentenced in Vietnam for his Facebook posts, or, more specifically “abusing democratic freedoms” via Facebook (the much-used Article 258 of the legal code). Uy received a 15 month suspended sentence and in that regard he is luckier than the legion of bloggers, writers and activists who have been sent to prison or rehabilitation centres by the government in recent years.

But it is not just bloggers and activists who fall under the government’s watchful eye. Cultural activities from web comics to concerts are also monitored, for sex as much as sedition.

On October 4 General Vo Nguyen Giap passed away at age 102. Two weeks later during the weekend of the war hero’s funeral, most television channels shut down as a mark of respect. The odd BBC report is blocked, sex – but not violence – is cut from many overseas films shown domestically and subtitles often substitute perceived offensive language with more innocuous words. That television, along with nightlife and karaoke, was essentially cancelled shows just how much the old general was revered, and how the government still controls much of the means of communication in Vietnam. Those TV stations which did keep broadcasting showed old revolutionary films.

Bloggers are regularly jailed for pointing out state failings. Journalists face myriad restrictions from the state-owned press. Protesters and those handing out leaflets or organising strikes are also jailed. Facebook, now accessible, was quietly blocked for years and there are still sites one needs a workaround to access. Transparency International, Reporters Without Borders, Human Rights Watch, even Barack Obama, all decry Vietnam’s lack of freedom of speech.

Sometimes it’s nothing more than the relevant ministry fining a singer a piddling amount for revealing outfits during a performance as it is “not in keeping with Vietnamese fine traditions”. This is duly reported by papers and websites on slow news days and invariably gives the singer in question more publicity.

This process is piecemeal, contradictory and opaque. Are many rules unclear and often not enforced to keep people on their toes? Or is it simply the uncoordinated and sometimes inept efforts Vietnamese bureaucrats are known for country-wide? It is hard to say.

Once, artists had to submit sketches of their proposed paintings not only before they were given paint. These days things are less draconian but more uncertain. Galleries still need approval before exhibitions are allowed to go ahead; sometimes galleries simply won’t have an official exhibition party. As one art insider said, “there is no one rule.”

September 2009’s Decision 97 doesn’t limit expression but research, to 317 pre-approved topics. One of its most immediate effects was to force the disbanding of the well-respected Institute for Development Studies, which did so of its own volition in protest. Its 16-person membership was made up of Party members and well-known intellectuals, not rabble rousers.

All books in Vietnamese must be, in theory and usually in practice, subject to vetting. Even the Quran when translated into Vietnamese and published locally had to be examined first, according to several ethnic Cham, who are adherents of Islam. There has even been the odd raid on foreign book stores, such as in 2012, to confiscate Lonely Planet Vietnam guidebooks which had maps of the South China Sea which, given the ongoing flare ups with China over disputed island territories, is very firmly referred to as the East Sea in Vietnam.

Randy Slocum runs a bookshop in a tourist town in central Vietnam. He recalled trying to import books when he first opened seven years ago. “When I imported my 3,000 books, they confiscated 450 titles for being ‘depraved and reactionary’. Mostly Harlequin romance novels if you can believe it. But they are also interested in religion, anything about the American War, things about revolution. But they refuse to give you a list of what is banned and they refuse to give reasons why certain books are taken.” It is worth noting that Slocum was at the mercy of the provincial authority, not a draconian arm of Hanoi’s Ministry of Tourism, Sport and Culture, which is largely responsible for much cultural oversight.

The only time cultural censorship reached much of an international audience was when Bob Dylan played Ho Chi Minh City in 2011. He, as he has so often, neglected to play ‘Blowin’ in the Wind’. Both Human Rights Watch and American columnist Maureen Dowd pilloried him for giving in to censorship from communist authorities. However sources close to the show’s organisers said 100 songs, including Blowin’ in the Wind, had been approved. In any case, Dylan’s allegory and circumspection might have made his meanings hard to catch for censors whose first language is not English.

One organiser said, “You have to understand, what the authorities are looking for is actually just profanity and overtly sexual lyrics. It is a moral thing rather than a political one.”

Whilst serious news journalists can face arrest for reporting on corruption, even lifestyle or expat magazines have to tread carefully.

The first issue of Cosmopolitan, which began its Vietnamese-language issue with a local publishing company a few years ago, had a handy guide of the effects of alcohol on one’s orgasm, illustrated by graphics of the ratio of wine glasses to fireworks (two or three drinks is the perfect amount; they start to sputter to nothing after that). The headline mentioned “love” (in those knowing quote marks), not sex.

More generally in this area of publishing words like “him”, “triangle” or, in English, “Mr Happy” (in an article on blow job technique) are employed. Even when the correct, medical terms are employed for the varied body parts censors still apparently refuse, saying it’s “too sensitive”.

“We try to be different many times but the government won’t let us. You cannot write this, it not go with traditional (sic),” an unnamed editor explained. She said the internet was different, plenty of people wrote about sex.

These magazines, by and large, appeal to the educated middle classes. These are the same people, it has long been supposed by optimistic liberals worldwide, who will be behind either a revolution or a gradual ease in political restrictions in any repressive regime. A rising and educated middle class is also a hope of the government as Vietnam tries to move into a middle income country status. Yet they’re not allowed to see a tattoo or a wine bottle in a magazine. The exception is SOME men’s magazines with barely dressed models, which are not uncommon.

Even magazines in English are wary. Vietnamese censors may miss the nuance in a bar review noting the number of friendly young women eager for your company, but a feature on issues sex workers face is problematic enough for editors to avoid.

Content which “abuses democratic freedoms” (Article 258) is never clearly defined but in practice can be anything that criticises the government. Content which “sabotages national fine custom and tradition” or is “not in keeping with Vietnamese tradition” can be anything from a pop star’s stupid hairstyle to art that is covertly critical of the government or ruling elites, but given more leeway here people often actually end up more confused and sometimes even more conservative as a result.