NEWS
Will the future of journalism make us better informed? 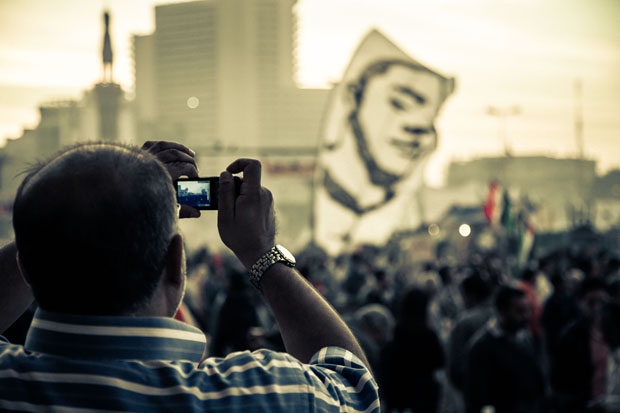 Imagine this: a journalist with her own news drone camera that can be sent to any coordinates in the world to film what is going on. Imagine a world where you had the ability to programme a whole set of drone cameras to go and film a riot, a rally or a refugee camp.

Imagine being able to set off your smartphone down a dangerous river, encased in a plastic bottle, to take photos that might prove the water is carrying disease or is not safe to drink. How about drone cameras that you can leash to your GPS co-ordinates to follow and film you or someone else? Those worlds should not be hard to imagine as they exist already, and, in some cases, those facilities are already being used by journalists.

The future of journalism is going to build on technologies we already have. But we must remember it isn’t really about the technology, but about what it can help us deliver. When the subject of the future of journalism is discussed it often turns to whizzy gadgets but the debate about whether the public ends up being better informed and better equipped happens less often.

The information superhighway, as the internet was once called, was supposed to give individuals amazing access to knowledge that they couldn’t access before, from historical documents to live video footage. And it has.

But the thing that most of us didn’t bargain for was that it would mean we had so much stuff coming at us. We no longer knew where to turn, our eyes and ears were full, a welter of “news” snippets became impossible to absorb, and as for analysis, well, who had time for that?

The reality of exciting new technology is that it is coming to the market at a time when the public appears to value journalists less, and can turn to Twitter or Facebook or citizen journalists to find out what’s going on in the world. Journalists; who needs them when we can find out so much for ourselves? It’s a reasonable question, and of course good and determined researchers can find out plenty of information for themselves, if they have hours to spend. But then again journalists have a whole set of tools and training that should mean they are better than the average member of the public at finding out facts and analysing reports as well as presenting the end results.

Journalists are trained and practiced at interviewing, asking the right questions and drawing out relevant pieces of information. These are rarely acknowledged skills but you have only to switch on a phone-in programme or watch a set of parliamentarians try to quiz a witness at a committee to know asking a good question is not as easy as it might seem. Knowing where to look for evidence and sources is not always so simple as putting any old question into Google either. Then there is analysing charts, graphs and tables; this should be a particularly valued set of skills. When it comes to recognising a story, then the good old reporter’s nose comes in handy. And writing up and compiling a story so that it makes sense and tells the story well is perhaps the most underrated skill of all. Good writing is sadly underappreciated.

With a toolkit like that, it is not surprising that governments around the world would rather journalists weren’t at the scene of a demonstration, or sharpening up their introduction of a story about a government cover-up. Perhaps that’s why governments around the world from the USA to China make it especially difficult, or particularly expensive, for journalists to get a visa. And that’s why journalists are targeted, watched, held captive, and in some horrific cases, such as with US journalist James Foley, murdered. Increasingly journalists are working on a freelance basis from war zones and conflicts. As our writer Iona Craig reports from Yemen, this can leave you exposed on two levels – without the protection of being a staff member of a huge news organisation, and without any income if you can’t file stories. That exposure to pressure, and possible violence, also affects bloggers operating as reporters, and is something that worries OSCE’s Dunja Mijatovic (interviewed in our latest magazine), who brought journalists from different countries together in Vienna last month to discuss what needs to be done.

Journalists are still needed by societies, what they do can be very important (although sometimes very trivial too). At the same time that job is changing. In this issue Raymond Joseph’s fascinating article shows how African newsrooms with little money are able to use low-cost technology such as remote-controlled drone cameras to monitor oil spills, as well as less-sexy-sounding data analysis tools to help reporters find out what is going on. He also reports on how newsrooms are working closely with citizen reporters to bring news from regions that were previously unreported. Work being carried out by Naija Voices in Nigeria, and by our Index 2014 award winner Shu Choudhary in India, shows how technology can help augment old-fashioned reporting, getting news to and from remote areas.

News reporting is also taking different forms to reach different audiences, as was brought home to me at the Film Forward conference in Malmö, Sweden, this summer, when US journalist Nonny de la Peña and Danish journalist Steven Achiam showed the audience how interactive news “games” and cartoon-style films are new forms of reportage. Achiam’s Deadline Athen is a journalism game that allows the player to become a journalist in Athens, collecting information about a riot and shows the choices that are available; it gives the players options of where to find out and source the story. La Peña uses her journalistic skills to engage “players” in the experience of being imprisoned in Guantanamo Bay, using real news sources to inform what the “player” experiences so that it is similar to what prisoners experienced. Both Achiam and La Peña argue that these type of approaches will engage and inform different audiences in finding out about the world, audiences that would not be minded to read a newspaper or watch the TV news.

There’s not yet a journalism ethics handbook that covers these approaches. Both La Peña and Achiam are award-winning journalists and have merged their existing set of research skills with a different style. Both talk about sourcing information for their news films, and La Peña offers links to evidence for her virtual-reality storytelling.

These pioneering approaches so far only have small audiences compared to TV news, but will undoubtedly challenge journalists of the future to learn new skills (video and animation look increasingly like core modules).

Interviewing, research and legal knowledge are always going to part of the mix; they are the skills that give journalists the tools to find out what others would rather they didn’t. And that skill package is always going to be vital.

Read the contents of our future of journalism special here. You can buy the print version magazine or subscribe for £32 per year here, or download the app for just  £1.79.

You can also join our magazine debate at London’s Frontline Club on 22 October (free entry, but please book).

This article was published on Wednesday 1 October at indexoncensorship.org