Azerbaijan’s corrupt ruling family, led by President Ilham Aliyev, has stayed in power by crushing dissent --- curtailing freedom of assembly, association, and expression. A leaked US diplomatic cable compared the Aliyev’s to the Corleones, the Mafia family at the centre of the Godfather film trilogy.

Heydar Aliyev came to power after staging a coup in 1993. His son, Ilham, took power just before his father died 2003. Azerbaijan’s oil-rich economy has been monopolised by the interests of the Aliyev family --- estimated to now be worth billions. The average Azerbaijani citizen earns just $463 a month.

"Azerbaijan is run in a manner similar to the feudalism found in Europe during the Middle Ages: a handful of well-connected families control certain geographic areas, as well as certain sectors of the economy” - Wikileaks cable

Since the adoption of the country’s current constitution in 1995, Azerbaijan has not held a single free and fair election. The European Court of Human Rights has twice ruled against the country’s government, for violating citizens right to free elections. Protests questioning the legitimacy of parliamentary elections in 2005 were violently crushed by security forces. Citizens were emboldened by the Arab Spring, staging unauthorised protests in March 2011, and many have attempted to speak out against the Aliyev family --- at a price --- hundreds were arrested and dozens put in jail. Jabbar Savalan was sentenced to two and a half years in prison after calling for protests on Facebook.

Even though Azerbaijan’s constitution guarantees rights to free speech and assembly, citizens and journalists critical of the Aliyev family risk violent reprisals and even death. Journalist Elmar Huseynov, an outspoken critic of the Aliyev family, was murdered in 2005. The Institute for Reporters' Freedom and Safety reported over 50 incidents of harassment or attacks on foreign and domestic journalists in 2011. Freedom House has classed the country as “Not Free”, naming it one of the world’s most hostile media environments.

Forced evictions and demolitions in the name of economic interests have been rampant since 2009. Recently, sixty families living in the rural village of Chovdar were forced to leave their homes after the Azerbaijani government put into motion plans to mine a reported 44 tons of gold and 164 tons of silver under the village. Evictions have intensified in the lead up to Eurovision. 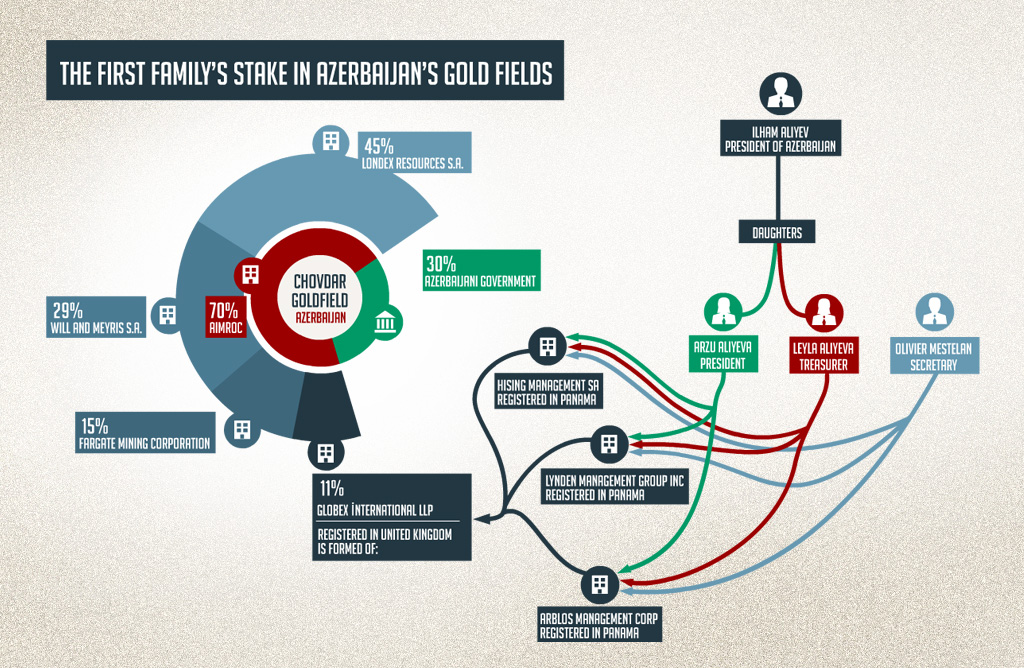