“In the era of new media, some might think traditional journalism is yesterday’s story, but this year’s entries prove that’s not so. Today’s facebookers and tweeters are building on the bravery and dedicated investigative skills of old-school journalists, many of whom still face persecution. I’m struck by how those on this year’s shortlist don’t give up, whatever the forces brought to bear against them. When their publication is closed down, they start a new one. When released from prison, they start reporting where they left off. They are an inspiration.”

Chiranuch Premchaiporn is the executive director and co-founder of the Thai online news site Prachatai (“Thai people”). She is also a founding member of Thai Netizen Network (TNN), a group of media activists, internet users, bloggers and IT academics who monitor violations of freedom of expression on the internet.

She is currently on trial, facing up to 50 years in jail, for comments posted on Prachatai that were critical of the monarchy. The comments were posted by a user; Chiranuch removed the comments after she was contacted by officials from the Ministry of Information. She is being prosecuted under both the Computer Crimes Act of 2007 and lèse majesté legislation, which makes criticism of the king an offence. The case is seen as part of a crackdown on the media in Thailand, targeting satellite television news stations, community radio stations, print publications and websites aligned with anti-government advocates. The trial resumes in the autumn. 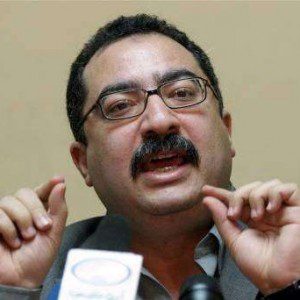 Ibrahim Eissa is Egypt’s leading independent editor, described as a “one-man barometer of Egypt’s struggle for political and civic freedom”. Throughout his career, he has faced prosecution when his push for media freedom has fallen foul of the government. In 2010, he was fired from his position as editor of the independent newspaper al Dostour, after new owners bought the paper; his popular satellite talk show was also taken off air. His sacking came in the midst of a wider media crackdown in the run-up to the parliamentary elections, when Mubarak’s ruling National Democratic Party emerged victorious amid accusations of unprecedented vote rigging.

When Eissa was sacked from his job last year, the novelist Alaa al Aswany wrote: “Ibrahim Eissa did not oppose the government; he opposed the system … He called for real democratic change through free and fair elections and regular change at the top.