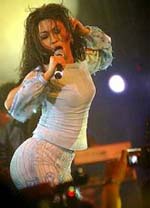 A new Indonesian law poses the threat of restrictions on the arts, writes David Jardine

The Indonesian House of Representatives (DPR), after very lengthy debate, has passed into law a bill aimed at outlawing online pornography — this despite the document containing an unclear definition of what constitutes ‘pornography’.

The protracted debate — the bill was introduced in 2005 — has concluded with what appears to be a formula allowing religious legislators to insert easily manipulated concepts such as ‘immorality’ into the law.

Some observers, including Zatni Arbi, the country’s leading information technology commentator, have warned that the new law, which criminalizes the provision, use and transmission of pornographic websites, might in the future be used to shut down other websites carrying information and opinion deemed by the government to be unacceptable.

Providing for imprisonment and a fine equivalent to £60 million, the law comes into effect against a background of the creeping application of the Islamic sharia legal code. This has seen a growing number of local governments enforce bans of various kinds, such as the one on several performers of the hugely popular dangdut music in the city of Tangerang, west of Jakarta.

The Tangerang ban comes about because the administration believes the sensuous movements of female singers are an offence against the city’s ‘moral values’. The mayor has spoken of ‘inappropriate style’.

Critics of the law have pointed out the ease with which it might be used to curtail forms of artistic expression that incorporate any form of eroticism whatsoever. Amongst the critics is internationally renowned female playwright Ratna Sarumpaet. Some feminists have welcomed the law to the extent that it appears to afford protection to children.

As the legislation enables Indonesia’s notoriously corrupt police to raid premises, including private homes, to inspect computers, it opens up a further channel for corruption. It also appears to afford new opportunities for blackmail that can be used by vindictive individuals.

Television programme makers and film directors may find themselves targeted for the display of kissing and other forms of physical intimacy in their material. Over the past few years, hard-line religious groups have protested volubly against ‘adult’ magazines and demanded prosecution of their editors.

Indonesia has a long tradition of eroticism in visual art forms such as in the kama sutra style sculpture seen on the temple reliefs in Central Java. Painters have incorporated elements of this into their work, but may now find themselves targeted with ‘pornography’ charges.