DEFAULT
Debate: the Kollerstrom question
28 Apr 2008
BY INDEX ON CENSORSHIP 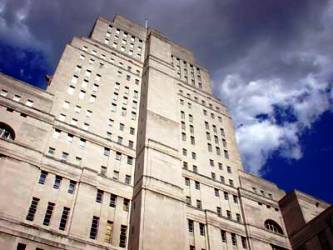 Academic Dr Nicholas Kollerstrom was last week stripped of his honorary post at University College London, after his controversial views on the Holocaust and 9/11 were uncovered by bloggers. Was the university right to disassociate itself from him, or is he being punished for a thought crime? Index asked Unity, of Liberal Conspiracy, and Brendan O’Neill of Spiked, to weigh up the argument

‘I believe UCL’s decision to be entirely justifiable’ — Unity

For 11 years, Dr Nicholas Kollerstrom was an honorary research fellow of University College London’s Department of Science and Technology Studies; an astronomer and a respected academic, albeit one with an unorthodox sideline in publishing books on astrology and the geometry of crop circles.

If you search UCL’s website today, the only reference to Kollerstrom you’ll find is a brief statement noting UCL’s decision to terminate his research fellowship as a consequence of his having expressed views that the university considers to be ‘diametrically opposed to the aims, objectives and ethos’ of the university to the extent that it now wishes ‘to have absolutely no association with them or with their originator’.

Nicholas Kollerstrom is a Holocaust denier, although he would, no doubt, prefer to be called a ‘revisionist’. He believes that ‘no German has ever placed a Jew in a gas chamber’ and that the only use to which Zyklon B gas was put at Auschwitz/Birkenau was that of delousing the mattresses of its ‘guests’; ‘guests’ who otherwise ‘enjoyed’ the very best hospitality that the Third Reich had to offer. That may sound rather strange and unhistorical, but that’s the view set out by Kollerstrom in an essay on school trips to Auschwitz published on the website of the ‘revisionist’ Committee for Open Debate on The Holocaust (CODOH):

‘Let us hope the schoolchildren visitors are properly taught about the elegant swimming pool at Auschwitz, built by the inmates, who would sunbathe there on Saturday and Sunday afternoons while watching the water polo matches; and shown the paintings from its art class, which still exist; and told about the camp library which had some 45,000 volumes for inmates to choose from, plus a range of periodicals; and the six camp orchestras at Auschwitz/Birkenau, its theatrical performances, including a children’s opera, the weekly camp cinema, and even the special brothel established there. Let’s hope they are shown postcards written from Auschwitz, some of which still exist, where the postman would collect the mail twice weekly.’

On a more contemporary note, Kollerstrom also believes that both the 9/11 terrorist attack on the World Trade Center and the July 7 2005 bombings in London were the work of western security operatives working to orders handed down of their ‘Zionist masters’ and that modern-day Germany is controlled by ‘Zion’.

Kollerstrom’s downfall as an academic has come about because a blogger found Kollerstrom’s essays at CODOH, using Google, and exposed them to public scrutiny, and because another blogger found the time to ensure that UCL was made of aware of their existence. As one might well expect, the reaction to this from Kollerstrom and his few supporters has been as predictable as UCL’s decision to cut him loose. Kollerstrom has complained of being victimised for committing a ‘thought crime’ while, amongst his fellow 9/11 and 7/7 conspiracy theorists, talk of bloggers adopting ‘Gestapo tactics’ and working for Mossad to discredit their ‘movement’ has been amongst the common currency of discussions of Kollerstrom’s fate. Meanwhile, out in the real world, legitimate questions have been raised as to whether UCL was justified in its decision to strip Kollerstrom of his research fellowship, given that his writings on Auschwitz have no real bearing on his professional standing as an astronomer.

My own view on this last question is simply that in repudiating both Kollerstrom and his opinions on the Holocaust, UCL has done nothing more than take reasonable steps to protect their reputation as one of the UK’s, if not the world’s, leading universities, a reputation that could only have been diminished had it taken no action after having become aware of his views.

What Kollerstrom has lost here is merely the prestige and credibility of a formal association with a leading academic institution, not his right to freedom of speech. UCL may no longer include links to his past academic works on their website, but most of them are in print elsewhere and Kollerstrom has no shortage of options for publishing his legitimate academic works independently of UCL. There is, after all, always the Internet.

I believe UCL’s decision to be entirely justifiable simply because of the poor scholarship and even worse judgement demonstrated in his essays on Auschwitz. They are, after all, utterly lacking in originality, no more than a regurgitation of long discredited fictions based on sources that, taken collectively, comprise a veritable ‘Who’s Who’ of Holocaust denial: David Irving, Ernst Zundel, Frederick Toben, Germar Rudolf and even Simon Sheppard, the founder of Redwatch and a man who has the rare distinction of having been expelled from the British National Party for being too extreme in his anti-Semitic views for even Nick Griffin to tolerate.

Britain, quite rightly, neither criminalises nor imprisons its Holocaust deniers but neither does it protect them from ridicule and the opprobrium of the public or, in the case of Kollerstrom, his academic peers.

And that is exactly how it should be.

Nicholas Kollerstrom, who has had his Honorary Research Fellowship terminated by University College London, is clearly a nasty piece of work. A 9/11 ‘truther’ and an unabashed Holocaust denier, he is probably the last person you would want to find yourself sitting next to at a dinner party.

Yet if there is one thing worse than having Jew-baiting toe-rags like Kollerstrom around, it is the hysterical witch-hunting of such individuals. Kollerstrom can do little more than get on people’s wick, whereas the attempted expulsion of him and his ilk from public life has far graver consequences.

It turns free speech into a negotiable commodity, treats the public as wide-eyed children who must be protected from ‘evil’ monsters, and replaces openness and honesty in Britain’s universities with a creepy cowardice in the face of dodgy ideas.

It should be noted that Kollerstrom’s wacky beliefs were extracurricular activities. His area of expertise at UCL was the history of astronomy; his bizarre fascination with crop circles, the role of the CIA in 9/11 and the idea that the gas chambers at Auschwitz were an ‘illusion’ was something he pursued in his own spare time.

So he has effectively been relieved of his honorary research duties on the basis of his private beliefs and habits. Yet if you were to empty the universities of every lecturer and professor who had a questionable private life, or who thinks the Bush administration had a hand in 9/11 (a worryingly fashionable viewpoint), the ivory towers would fall eerily silent. Professors have always been mad. That is where the term ‘mad professor’ comes from. But so long as they teach their students well in their area of expertise, there shouldn’t be a problem.

The removal of Kollerstrom’s honorary research position follows a cowardly pattern in academic life. In the 1990s, anti-fascist activisits and academics called for the removal of Chris Brand from the psychology department at the University of Edinburgh after he admitted to being a ‘scientific racist’.

A group of students at Oxford has called for the sacking of David Coleman, a professor of demography and a co-founder of the anti-immigration think tank Migration Watch, on the basis that his ‘well-known opinions and affiliations relating to immigration and eugenics’ could bring the university ‘into disrepute’.

In October last year, James Watson, co-discoverer of the structure of DNA, was due to give talks at museums and academic festivals of debate around the UK. The invitations were withdrawn after he suggested in an interview with the Sunday Times that there is a racial basis to intelligence, and, in the words of the Science Museum, went ‘beyond the point of reasonable debate’.

Today, Kollerstrom has been found guilty of an even more bizarre crime: going beyond the point of reasonable private thought. Some will argue that Kollerstrom’s ‘speech crimes’ are of a different order to David Coleman’s and James Watson’s, and even Chris Brand’s — after all, Kollerstrom is a Holocaust denier, which is about as poisonous as it gets.

Yet once you accept the idea that there is some endpoint to ‘reasonable debate’, and that academics who cross it ought to be silenced, sacked or robbed of their titles, then academic censorship takes on its own momentum. Everyone from critics of immigration to those who spout racial intelligence ideas to Holocaust deniers can potentially be turfed out of university life.

Those who witch-hunted Kollerstrom are no doubt very pleased with themselves following the UCL’s decision — but they have further bolstered the idea that university officials should define what is an ‘acceptable’ and ‘unacceptable’ way of thinking.

Perhaps universities should keep out ‘climate change deniers’, too, since, in the words of green writer Mark Lynas, they will be ‘partially but directly responsible for millions of deaths from starvation, famine and disease in decades ahead’. What about historians who question whether the Turkish massacres in Armenia were genocidal? A new European law on genocide denial could turn them into criminals. Let’s get rid of them, too.

I am not relativistically arguing that all views are equally valid and that there are ‘many truths’ (I hate that pomo phrase). Kollerstrom’s beliefs about the Holocaust are transparent tosh. So is Chris Brand’s take on intelligence and David Coleman’s stance against immigration. Yet the truth can never be established by pen-pushing officials deciding who should be allowed into the academy and who should be kept out.

As John Stuart Mill put it: ‘Complete liberty of contradicting and disproving our opinion is the very condition which justifies us in assuming its truth for purposes of action; and on no other terms can a being with human faculties have any rational assurance of being right.’ In short, truth, the question of whether you are right or wrong, can only be established through full and rigorous public debate, and never through censorship.

In erecting a forcefield to protect the academy from dodgy views, university officials and their champions in the blogosphere are actually undermining truth, ossifying it, turning it into received wisdom which must be protected from the challenge of poisonous outsiders. That is not truth, it is tradition — stifling, unquestionable, censorious tradition. Truth reveals itself precisely through taking on the likes of Kollerstrom in open, public debate; to silence Kollerstrom and others is to admit that you are not confident about your truth, and to hide it away and protect it with laws, codes and threats of sackings.

28 responses to “Debate: the Kollerstrom question”