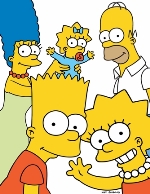 The Simpsons has been taken off Venezuelan television. Is this because the regime doesn’t like the programme, or because they just don’t get it, asks Daniel Duquenal

In the latest media silliness from Venezuela, censors have asked TV station Televen to remove the Simpsons from its late morning schedule. The organisation in charge of monitoring the quality and suitability of Venezuelan TV, CONATEL, not only told Televen to suspend the programme, but it might actually fine them: according to the law (Ley Resorte), the network should have known better.

Before I discuss this further I must state that I am not a great fan of the Simpsons and I only ever watch it for lack of anything else catching my attention. I do this through Fox, which gives me the original version, in English. But in Venezuela Fox is on cable, and from now on it seems that Simpsons fan will have to subscribe to cable if they want to keep watching their show. Through Televen they got it free; now they will have to pay for it. Cable, though, is expensive, and does not reach much more than 25 per cent of homes in Venezuela. This number has been increasing regularly since a previous fit of censorship by the Chavez administration.

How should we read this latest episode in the government war on private and free media? We can give two lectures — the silly one, and the serious censorship one.

The silly one is that simply the CONATEL folks are not intellectually equipped to understand what the Simpsons is all about. In truth, the Simpsons is very ‘US-themed’, and thus does not work as well when dubbed in Spanish for a country where no one lives in a home that is not heavily fenced, nor works at a nuclear facility. It is quite possible that the Simpsons in Venezuela are mostly appreciated by a public used to American sitcoms. How much the Simpsons is watched in the barrios is anyone’s guess, in particular at 11am when kids are supposed to be at school anyway.

It is an unfortunate fact of life that after ten years of the chavista regime a new crack has appeared in Venezuelan society along the humour line. Chavismo takes itself very seriously, and has no sense of humour — unless you can call the barracks humour that Chavez exhibits, even if genially on occasion, real humour. Even slapstick looks subtle when you watch the feeble attempts at comedy on any of the state TV stations. The pinnacle of chavismo humour is a late-night show called La Hojilla, which is a 21st-century version of the infamous East German Der Schwarze Kanal. The host of this show, Mario Silva, makes a career out of distorting any news that does not favour chavismo, peppered with as many character assassinations as needed. Even many chavistas, in private, consider it a shame, something that has not stopped Silva being elected to the new PSUV directorate.

But of course CONATEL will not touch VTV’s La Hojilla, even if every night it breaks all the rules imposed through the Resorte law, which only seems to apply to private media. Then again, Chavez himself is a regular caller to the show.

This brings us to the other possible reason behind the suppression of the Simpsons: censorship. I can only but speculate as to what is going on, but since my past speculations about RCTV have proved to be right I can only fear I might be proved right again.

These days there is a strong tug of war between the government and the last independent TV network, the news channel Globovision. Globovision covers only the Caracas and Valencia areas in open signal (about a quarter of the population of Venezuela — for the rest of the country you need cable). Yet with the departure of RCTV, the only other network critical of Chavez policies, Globovision has become very influential, attracting a stream of Chavez supporters who are not welcome on any of the governmental networks to expose their justified grievances. The effect is strong: verbal attacks on Globovision have been increasing. But Chavez does not dare to declare outright war on Globovision, since he knows full well that that would be the end of freedom of expression in Venezuela in the eyes of much of the rest of the world. Many countries that turned a blind eye when RCTV was closed would not do so this time around.

Thus it is quite possible that CONATEL, feeling the heat from the president to find fault with Globovision, is simply trying to demonstrate to the boss that they are doing something (note: all the CONATEL board is named by the government or pro-government organisations. The political opposition has not a single relevant voice on the CONATEL board). Is the Simpsons blockade a subtle form of censorship? In this regard it is amusing to note that Televen is the victim this time, even though they have gone out of their way to appease the government, suppressing all critical talk shows except for one, which is rather bland. Televen pretended not to notice anything when RCTV was closed.

By the way, the Simpsons will be replaced by Baywatch reruns. Apparently CONATEL has no objection to having buxom women run around in tight swimsuits at 11am.

5 responses to “Hugo vs Homer”