DEFAULT
China: Beyond the village gates
07 May 2008
BY INDEX ON CENSORSHIP 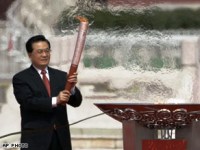 The estimated 30,000 journalists expected to converge on Beijing for the 2008 Olympiad need to prepare themselves well in advance before they blunder across one of the world’s least understood and most volatile domestic political stages, writes Rohan Jayasekera

The XXIX Olympiad in Beijing will be covered by an expected 20,000 accredited sports media workers — and another 10,000 unaccredited. That’s more than three journalists for every athlete. How will China react to this influx of independent opinion if the focus comes off sport and on to politics?

January 2008 rules introduced for the Games theoretically allow foreign journalists to report freely on Chinese ‘politics, economy, society, and culture’ until next October.

This promised liberalisation came to a sharp halt following the outbreak of violent protests in the Tibetan capital of Lhasa on 10 March. Beijing responded with a news blackout, expelling foreign reporters from Beijing, Tibet and its neighbouring provinces of Gansu, Qinghai, and Sichuan.

The Foreign Correspondents Club of China has recorded more than 230 abuses of the new rules. Until March things were getting better, BBC World News Editor Jon Williams told a conclave of Chinese and Western journalists and media rights activists in Paris in April. ‘Now they’re as difficult as they’ve been for a long time.’

This abrupt change of approach highlights the tenuous nature of Chinese media rights reform. Many worry that the state may also be fomenting violence on the back of a wave of nationalist pride that has swept the country in anticipation of the Olympics.

As China development expert Nick Young writes in the forthcoming issue of Index on Censorship, a huge number of ordinary Chinese believe China is finally emerging from 150 years of foreign humiliation, domestic strife and failed development. ‘The Olympics was seen as a key event to celebrate that resurgence; and any effort to spoil the Games will be deeply and widely resented.’

Where the state does have a finger in matters, it is often farcically obvious. A million Chinese viewers were recently rallied to sign a petition objecting to the BBC’s Tibet coverage, coverage that censors had ensured they could not see. Human rights experts talk of ‘ten yuan bloggers’, people paid by the line to push pro-state positions on thousands of online discussion forums.

Some of it is more serious. Vincent Brossel, head of the Asia desk of media rights group Reporters sans Frontières (RSF) cites death threats received by the Bejing bureau of CNN satellite TV and at least 10 other media groups. Personal data including phone numbers of foreign journalists in China were circulated online in March.

‘Dissatisfaction of many Chinese citizens [has been] expressed over some Western media’s provocative, biased and unfair coverage’, said Chinese Foreign Ministry spokeswoman Jiang Yu in an 8 April press statement. ‘This could by no means be instigated by the government.’

Regardless, the Chinese authorities are not investigating the threats, says Brossel. They say there’s nothing they can do, though China’s notorious cyberpolice could track the messages as easily as they do dissidents online.

Brossel says journalists are strongly advised to prepare themselves for China. On 8 May Index on Censorship is supporting a special briefing in London for journalists heading to the Games. Co-organised by Amnesty International, ARTICLE 19, English PEN, Human Rights Watch and Index on Censorship, it will provide an overview of the situation in China, focusing on free speech and censorship during the Games.

The first obstacle will be what the Chinese state likes to call the Golden Shield, the Great Firewall of China that corrals Internet access in China from web cafe right down to the telecom backbone link to the Internet itself.

The International Olympic Committee (IOC), aware of criticism that it is failing to hold China to commitments on human rights made when Beijing won the Games, warns officials that restricting access to the Internet during the Games ‘would reflect very poorly’ on the host nation.

Watson Meng, founding editor of the award-winning Chinese news service and blog host www.boxun.com expects a stepping up of online surveillance and warned the Paris conclave that computer viruses were being used to target independent media. One virus had been attached to a fake email about the conclave itself by hostile forces aware of its objectives.

Yet Meng still expects citizen journalism to play a key role. ‘The Internet has become a part of people’s power,’ he argues. ‘NGOs are resources of information now, affecting policy-making in China and foreign countries.’

The lesson of the March media crackdown after the Tibet outbreak is that the authorities readily ignore rules wherever and whenever necessary. Visiting foreign bloggers who mix activism with their writing may find themselves as violently treated in China as Indymedia journalists were at G8 summits from Italy to Mexico since 2001.

Unable to claim the even the bare nominal rights and protection offered by Olympic accreditation, reporting human rights rather than athletics, they could be left exposed to the worst of China’s brutal security apparatus.

However the real risks will be borne by Chinese media workers. Most reporters, even the citizen journalists from abroad, will be working with locals or hiring them as drivers, translators, Internet helpers and landlords. Then there are the Chinese who go on record in their interviews and video clips and the lawyers who try to defend them.

As one Chinese journalist at the Paris conclave pointed out, a foreign journalist in detention will probably only need to call his embassy to win freedom. What happens to the Chinese people left behind? ‘The 30,000 journalists there will hire students and many of these students won’t be aware of the risks they’re taking. What you should do is educate foreign journalists about these risks, so they don’t unwittingly put people in danger.’

* The 8 May special briefing in London is designed for UK based journalists reporting on China this year. It will place China’s human rights problems within a balanced wider context of this remarkable, rapidly changing country. Workshops will discuss practicalities and advice on journalists’ rights and responsibilities, including a short briefing from the Foreign Office. Accredited journalists can contact [email protected] for details.

* The conclave Beijing Olympics 2008: Winning Press Freedom was held in Paris 18-19 April 2008 and was organised by Asia Presse, the Committee to Protect Journalists, Human Rights in China, Reporters sans Frontieres, the World Association of Newspapers and the World Press Freedom Committee. See www.beijing2008conference.com

4 responses to “China: Beyond the village gates”