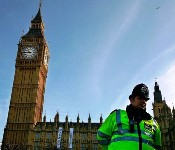 Civil disobedience is sometimes the only way of making a democratic point, says Leo Murray of
Plane Stupid

‘Sir, it is with very great regret that I must ask leave to visit the toilet as a matter of some urgency.’

Acting as my own lawyer had brought on an irresistible urge to get into the spirit of things by saying everything in faux-legalese, which I was enjoying immensely. But I was also trapped in the dock, with no handle on the inside of the door, and an untimely visit from the call of nature. It didn’t help that courtroom no 5 at Westminster Magistrates Court had already spent some time being bored by the prosecution’s account of the events of 27 February, told through the scintillating dramatic prism of eight separate police witness statements.

Yes, we were on the roof of the Houses of Parliament; yes, we unfurled banners reading ‘BAA HQ’ and ‘No Third Runway’ from the rooftop; yes, we threw paper aeroplanes from the parapets. It took the prosecution all morning to establish facts that were never in dispute. Highlights included: a live interview with Inspector Barfoot, who when asked if he felt people beneath had been in any danger from the paper aeroplanes, replied, ‘Not in any serious danger, no’; and the prosecution counsel being made to read out a radio interview I did in its entirety — she read it quite beautifully, in a cut-glass BBC accent, doing ever so slightly different voices for me and the interviewer (I for one thought she imbued the exchange with even more elegance and gravitas than it had had the first time around). The magistrate declined the opportunity to view the helicopter footage of the action on DVD, as he felt he had a pretty firm grasp on events by this point.

My co-defendants and I had all pleaded not guilty to the charge of Trespass on a Designated Site (Section 128 of the Serious Organised Crime and Policing Act), and I had the first turn at the stand to explain why. I told the court that in the period leading up to and during the public consultation on adding capacity at Heathrow Airport, we at Plane Stupid had become aware of what we believed to be a criminal conspiracy between the Department for Transport and BAA.

We had a lot of fun throwing paper aeroplanes from the roof. But we didn’t do it for fun. The planes were made from documents obtained — with great difficulty — under the Freedom of Information Act: the minutes of meetings and email exchanges between the DfT and BAA in which they discuss ways to make poisonous NOx emissions disappear — at least on paper.

The 2003 Air Transport White Paper insisted that, ‘another runway at Heathrow could not be considered unless the Government could be confident that levels of all relevant pollutants could be consistently contained within EU limits’. But when the DfT found in 2006 that these conditions could not in fact be met, they and BAA just made it look as if they could: feeding misleading information into the ‘public consultation’ that included imaginary airplanes with fantastically high passenger capacity and low emissions.

But why? Our research suggests a persistent and pervasive policy bias in the present administration in favour of aviation expansion at any cost. On the flimsiest of economic pretexts, the DfT is pursuing plans for a potential doubling or even trebling of the number of flights using UK airports over the coming years — at the same time as emissions from other sectors are supposed to be falling steeply. They are determined to give their friends in the aviation sector what they want, even if it means bulldozing schools and turning pensioners out into the street, poisoning the people of Hounslow, Hillingdon and beyond and helping to make catastrophic runaway warming impossible to avoid.

The magistrate eventually found us all guilty, and fined us £365 each. In the process he accepted that we were sincere in our belief that there was criminal misconduct going on at the DfT over the Heathrow consultation, and he even appeared to concede that our action was a reasonable (if optimistic) attempt at a remedy to this crime. It just wasn’t lawful, hence the guilty verdict. The small size of the fines explicitly reflected the fact that we honestly believed we were acting in the public interest. We were peaceful protesters making a legitimate democratic point. We are now the first people to be convicted under Section 128 of SOCPA, a law ostensibly drafted as an ‘anti-terror’ measure that criminalises simple trespass at a building that is owned by the British public.

Meanwhile, Plane Stupid has, as the court suggested we should, reported our suspicions of criminal misconduct to Scotland Yard, and requested a police investigation into the conspiracy we allege took place over the Heathrow consultation. It’s fair to say we won’t be holding our breath.

Sometimes responsible citizens are compelled to act on their own initiative to protect the public good from a malevolent corporate agenda and a complicit state. If the proper authorities won’t behave properly, then ordinary people have to do so instead. That’s what civil disobedience — and the Plane Stupid campaign —is all about.

I’ll leave you with the PM’s unintentionally ironic response to our protest during PMQs on the day we were arrested: ‘Decisions should be made in this House and not on the roof of this House.’

Decisions, of course, are in fact being made in corporate boardrooms, by those who stand to profit most from them, and at the expense of everybody else. Gordon Brown continues to reject calls for a free vote in Parliament on the issue of the third runway. Because he would lose.

One response to “Parliamentary lobby”