Mikhail Afanasyev is a veteran of the libel courts. As one of the few independent journalists in Russia’s Urals he has faced 13 defamation suits in 15 years, and won every one.

Afanasyev edits an online newspaper, New Focus, and reports to Glasnost Defense Foundation —  a Russian-based NGO which monitors free expression violations. In 2004 Afanasyev was awarded the Andrei Sakharov award for “Journalism as an Act of Conscience,” in recognition of his reports on poaching and illegal hunting — a favourite hobby for Russian officials, according to Afanasyev.Having faced down numerous attempt by the local authorities to silence his reporting through defamation lawsuits, Afanasyev now faces 15 days in prison another charge, neglecting police orders.
Afanasyev wrote a story for New Focus about a man who went missing in September. The man has never been found but the police arrested two of his friends and allegedly tortured them in an attempt to get them to confess to killing him. They were later exonerated of charges on murder. 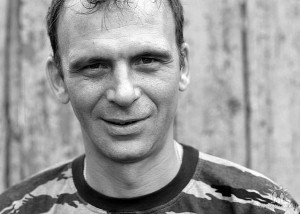 Covering the case, Anfasayev was confronted by a policeman as he shot a video report outside a pre-trial detention centre where one of the men was due to be transported. The policeman was ordered to seize Afanasyev and his brother, who now also faces charges of neglecting police orders.

In a hearing on 24 October, Department of Internal Affairs representatives testified that Afanasyev tried to initiate a fight with the policemen, in spite of evidence to the contrary from the police’s own video recording. The case resumes today (31 October).

In a telephone interview from Abakan, Afanasyev told INDEX about the difficulties of fighting for free expression in provincial Russia.

INDEX: Thirteen defamation lawsuits, and now a charge of ignoring a policemen’s order — what other ordeals have you faced?

Mikhail Afanasyev: I was badly beaten twice in revenge for my articles. And each time I faced defamation lawsuits I managed to win them, but I couldn’t bring the people who sued me to justice: corrupt law enforcement authorities stand together. But life has punished them instead. For example, one of the investigators who conducted the investigation on the defamation case was sentenced to 14 years for a murder.

INDEX: What does freedom of expression mean to you? Why are you still a journalist after all you’ve been through?

Mikhail Afanasyev: No matter how pathetic it sounds, I love my people. Most of them do not know that they can be tortured in police departments or face trumped-up charges until it happens to them personally. I am trying to warn them and prevent these violations of human rights. A journalist should be like a guard dog that protects its people from the authoritarian state. It’s hard. Local advertisers depend on local authorities. Fortunately, my online paper attracted advertisers from Ukraine. That’s how I make my living. I have three small children and I don’t want them to live in such widespread lawlessness.

Mikhail Afanasyev: A change of power in Russia. That is why we need free elections. This country lives by the rules of the underworld: that’s my colleagues and I face controversial charges.