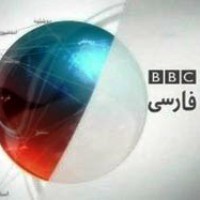 Jamming broadcast signals is a threat to the vital flow of free information. Throughout its history the BBC World Service has countered the efforts of jammers, whether on shortwave or satellites. However, in the last four years there has been a sharp increase in jamming satellite signals around the world with several international broadcasters being targeted.

Intensive interference of our signals started in 2009 at the time of Iran’s presidential election. On Election Day, Iranian authorities started to jam signals of BBC Persian Television, launched only a few months before. Intensive jamming continued in the aftermath of the election during the street protests and violence. For many Iranians, whose access to free media was limited, Persian TV was the main source of news and information.

Since then, the jamming of BBC Persian has continued intermittently. Some incidents have been directly related to specific types of programmes such as audience participation, documentaries or coverage of news events. The latest example of jamming is as recent as 9 February this year when the Iranian government was marking the Islamic Revolution’s anniversary and PTV was taken off-air alongside 13 other broadcasters.

In response, we have increased the number of satellites carrying the channel and technical changes were made to help reduce jamming on the original signal. However, more work needs to be done.

To make any meaningful impact, there is a compelling need for all stakeholders to work closely together in different fields, from technical to regulatory and political, to address the issue of satellite jamming.

That’s why in November 2012 the BBC brought together over 100 delegates from broadcasters, regulators, satellite operators, international organisations and politicians to consider what political and technical steps can be taken to address the growing threat of the blocking of international broadcasts.

This was followed by a very useful event, organised by satellite operator Eutelsat in January 2013, to demonstrate how they geo-locate interference to satellites to provide evidence to the UN recognised agency, International Telecommunication Union. They also unveiled new developments in satellite design which offer more protection on the next generation of satellites. We are pleased to see that our efforts of working closely with the satellite industry have contributed to Eutelsat’s decision to invest in technologies that identify sources of deliberate interference and make jamming more difficult.

We have also been working with other international broadcasters to highlight the impact of jamming on our ability to reach our audiences. We have called on governments and regulatory bodies to put maximum pressure on Iran to stop blocking of international broadcasts. The EU Foreign Affairs Council included jamming of satellite signals in its resolution against human rights violations in Iran in October 2011, and the UN General Assembly took a similar action in December 2011. On 6 February 2013 the United States blacklisted Iran’s state broadcasting authority and a major Iranian electronics producer partly because of their role in jamming international broadcasts to Iran.

It is of utmost importance that the satellite industry takes a united stance on highlighting the issue of jamming. There are still different views on whether publicising incidents of jamming help to find a solution or deteriorates the situation.

Jamming has not been the only tactic used by the Iranian government to restrict free flow of information. BBC Persian staff and their families have been subject to increasing harassment and intimidation by the Iranian authorities over the past few years. Their activities against BBC staff have intensified in recent months. An increasing number of BBC Persian staff family members have been questioned and threatened in an attempt to make our colleagues stop working for the BBC.

Harassment and intimidation of families has been accompanied by a widespread anti-BBC campaign in Iran. Cyber-activists believed to have close links to the Iranian authorities have set up fake Facebook pages and fake blogs attributed to BBC Persian journalists. They are using these fake accounts to discredit the BBC Persian staff by accusing them of sexual promiscuity and spying for MI6. These lies then are reported on a nationwide scale by local media including the state TV.

We remain extremely concerned about these activities. I wrote to the Iranian Head of Judiciary in March 2012 asking him to stop such illegal acts, but there was no reply. We have raised our concerns with the United Nations Special Rapporteur for Human Rights in Iran, Ahmad Shahid, and called on governments to take action to cease such acts.

Peter Horrocks is Director of the BBC World Service

4 responses to “Iran’s attacks on the BBC”