DEFAULT
Şanar Yurdatapan on Turkey: 'Things will never be the same again'
20 Jun 2013
BY INDEX ON CENSORSHIP 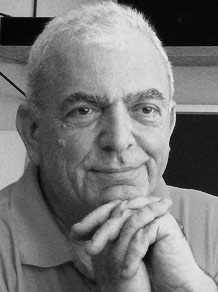 In Phnom Penh, Cambodia, for the IFEX General Meeting and Strategy Conference 2013, Index Director of Campaigns and Policy Marek Marczynski spoke with 2002 Index on Censorship award winner Şanar Yurdatapan, a composer and song writer who campaigns against the prosecution of publishers by the Turkish authorities. Yurdatapan shared his views on the events sweeping Turkey

Yurdatapan: It all started about three weeks ago when the government decided…well not the government actually…prime minister Recep Tayyip Erdoğan — who once was the mayor of Istanbul and who still thinks that he is — decided to change Taksim Square by reconstructing a historic military barracks as a shopping centre. It would mean cutting trees in Gezi Park.

People living in the area didn’t want the project so they began a sit-in to protect the trees. One day, very early in the morning the police came and took them out. They burned the tents they were living in. Thanks to Twitter and other social media channels, the protesters immediately informed others about what was going on. Thousands of people quickly came to Taksim Square. It quickly became what Tahrir Square was in Egypt during the Arab Spring.

Because of the brutality of the police the peaceful protest was not so peaceful anymore. Everybody was so mad and angry with the response of the police to this silent and peaceful occupation of Gezi Park. The police became even more violent. They used pressurised water and teargas.

The demonstrations spread quickly to other squares in Istanbul and other cities — including Ankara and Izmir. After the abuse by the police demonstartions were not peaceful anymore.

When Erdogan went on a vist to north African countries things became a bit better. The ministers tried to calm down the people by promsing that their concerns would be addressed. But when Erdogan came back everything became much worse. When he arrived he gave speeches at different places provoking people, using inappropriate and aggressive language. He called the people demonstrating “çapulcu”, or looters. So people started calling themselves looters. Someone even made a new song entitled “Every day I am Chapulling”, which is based on “I am shuffling”.

The Istanbul Bar Association said that there are 411 people currently in detention in relation to the protests. But these are only the registered ones. We don’t really know how many people are in fact arrested as the police do not register everyone. The bar association says that the real number might be over 2,000.

The latest demonstrations are silent. People are just standing still and saying nothing for hours. They are protesting against the police brutality and the government’s response to what was a peaceful demonstration

Index: Is that true that the police were also arresting lawyers?

Yurdatapan: Yes, it certainly was at the outset when some lawyers organised a press conference in solidarity with the demonstrators. The police came and arrested all of them. They were released on the same day, but it was a great shame for the justice system.

Index: How have the protest demands evolved?

Yurdatapan: Edrogan’s language is insulting people. He puts his nose in everyone’s private life. He decides how many children we should have or whether we should drink alcohol or not. Many different groups are very angry with him.

When the police brutality started, the protests became a collective hatred against Edrogan. On the second day of the demonstrations Nabi Avcı, minister of education, said a very nice thing which captures the current situation. He said something along the lines of: “We are very successful. It was very difficult to get people of so many different opinions together. Now we’ve succeeded in bringing all of them together against us.”

Index: So the demand is for the change of the government now? Or for democracy and freedom?

Yurdatapan: Yes, for democracy. We know that most people will vote for Erdogan. We have local elections this summer and then we have elections for the state president and one year later there will be general elections. Most people are happy with the economic life which is why they will support Erdogan. The demand at the moment is more democracy.

Index: What are the other human rights issues in Turkey at the moment?

Yurdatapan: Well, we’ve never had full freedom of expression in turkey. Of course it is not as bad as it was under the military regime, but you can never feel safe in expressing your ideas. Turkey is a country of contradictions. If you say one thing in one corner of Istanbul nothing happens. A few metres away another person says the same thing and they are prosecuted. The justice system is sick in Turkey.

Like in the former communist countries many judges and prosecutors think that their duty is not to protect the law but to defend the state. Several years ago there was a survey conducted and 70 per cent of them said openly that when it comes to defending state the law is not important anymore. We see it in practice all the time.

Index: Do you think that because of the protests we will see a long term change in Turkey?

Yurdatapan: It’s absolutely a turning point and things will never be the same again. People are not afraid anymore. We don’t have guns — police do; we don’t have gas — they have, but we will still stand here.

Index: the whole world is watching what is happening in Istanbul at the moment. Many people express their solidarity. How important is this for you in Turkey?

Yurdatapan: The government always says that they don’t care, but that’s not true. They care a lot. I encourage all of our friends to send protest messages to Turkish embassies in their countries; make appointments or stand outside the embassy quietly as people now do in Istanbul. No doubt Turkish ambassadors will report it to Ankara. If the reports start coming from around the world it will make a huge difference.

When I was in prison Amnesty International initiated a solidarity action. One day two postcards came, another day 20, the next day 100. You should have seen how happy all of the political prisoners were. We knew the world was watching. I will never forget that. We would get postcards from far-way countries we’d never visited. It was amazing! We felt we were not alone. It gave us hope. If you give people hope they become more courageous.

Index on Turkey: Turkey losing its way on free speech | The EU must take action on Turkey