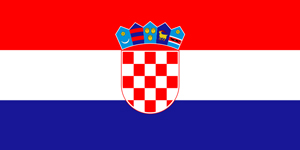 At the stroke of midnight on Sunday, Croatia officially became the 28th member of the European Union. Croatia will be a “serious, responsible and active member”, said President Ivo Josipovic as he ushered in “the first day of our European future”. But threats to freedom of expression, especially in the media, remain.

While the 2012 accession referendum was passed with the lowest ever turnout in a prospective member state, and enthusiasm has since waned further, today is a momentous occasion for a country that was at war only two decades ago – and still grapples with the aftermath. However, with the European Commission regarding freedom of expression a ‘key indicator’ for a country’s readiness to join the union, we should acknowledge that while Croatia has taken some important steps forward, there is work left to do.

The constitution guarantees freedom of expression and the press, and Croatia has recently seen a modest increase in its Freedom House global press freedom ranking, from 78 in 2009, to 64 this year. However, this comes after a significant tumble from 41 in 2007. Croatian journalists, especially those covering war crimes, organised crime and corruption, face continued threats to their well-being and livelihoods.

In 2008, Ivo Pukanic, a journalist covering organised crime, intelligence and war profiteering was killed by a car bomb outside his office. It was the third attempt on his life, and also killed his associate Niko Franjic. Six men were convicted for the murders in 2010, but it is still unknown who commissioned the assassination.

This is far from the only attack on Croatian media. In 2007, journalist Zalko Peratovic was detained and his house searched for violating state secrets after publishing a story on war crimes on his blog. Owner of Nova TV, Ivan Caleta, and former media mogul Miroslav Kutle, have both been shot at. Ninoslav Pavic, co-owner of Croatia’s biggest publishing house had his car bombed. Andrej Maksimovic, editor of OTV, has been attacked twice. This handful of examples goes some way in explaining the overall environment of fear and intimidation that has chilled press freedom and consequently freedom of expression in Croatia.

But challenges to freedom of expression exist outside of the realm of the media too. While prison sentences for defamation were abolished in 2006, libel is a criminal offense punishable by fines. Given the country’s recent history, hate speech  is not taken lightly. Hate speech based on race, religion, sexual orientation, nationality, ethnicity, or unspecified ‘other characteristics’ are punishable by up to five years in prison — three years if committed over the internet. Insulting ‘the Republic of Croatia, its flag, coat of arms or national anthem’ can bring up to three years in prison.

Unlike neighbouring countries Croatia has not banned gay pride parades, but freedom of assembly for Croatia’s LGBT population has still be under threat. When a parade was organised for the first time in Split in 2011, the small number of participants were pelted with eggs and rocks by thousands of counter-protesters. The police also failed to investigate an attack on six young men and women in the aftermath of the parade. Authorities have also come under fire for failure to investigate persistent acts of vandalism aimed at the country’s minority Serbian Orthodox community.

Despite this, some aspects of freedom of expression have improved recently. This year’s Zagreb pride parade saw its biggest turnout ever, as 15,000 people attended the peaceful march. In another positive development, this February, parliament adopted a Freedom of Information Act. A new body will be set up, specifically dedicated to freedom of expression, with greater focus on public interest and proactive publishing of information.

Croatian leaders and EU politicians have taken pains to stress that accession does not automatically solve the country’s problems. While they were largely referring to the economic situation, the same principle goes for freedom of expression. You only have to look to EU members like Hungary to see that membership alone does not necessarily improve media freedom. For Croatia, as with other recent additions to the union, membership is merely an initial, tentative step towards increased political and civil rights for its citizens.