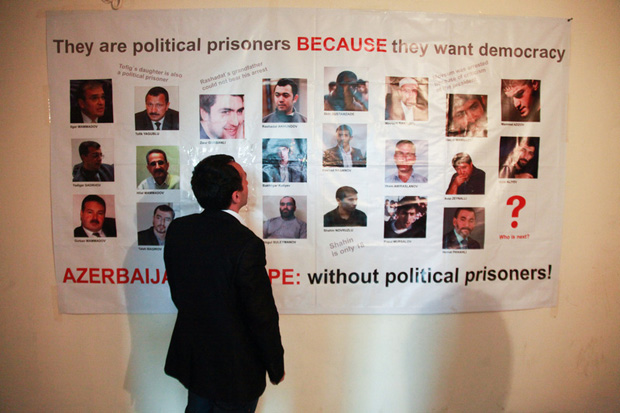 An Azerbaijani journalist and blogger has been sentenced to five and a half years imprisonment after publishing posts deemed critical of the authorities on Facebook. Abdul Abilov, who runs the Facebook page “Stop sycophants!” was charged with illegal possession, storage, manufacturing or sale of drugs at the Baku Serious Crimes Court. The social media page was closed down shortly after his arrest.

Emin Huseynov, chairman of the Institute for Reporters’ Freedom and Safety (IRFS), is deeply concerned by the sentencing of journalists and bloggers in Azerbaijan, especially as the country has recently been handed chairmanship of the Committee of Ministers for the Council of Europe, a post Azerbaijan will hold for the next six months.

“Today’s harsh conviction shows once again the extraordinary measures that authorities are willing to take to crush criticism of their repressive policies, inconsistent with the country’s chairmanship of the Council of Europe,” Huseynov said in a statement. The IRFS has also called on the Council to “immediately appoint a special rapporteur on political prisoners in Azerbaijan” to analyse the situation in the country as well as raising the issue to the Parliamentary Assembly.

Abilov joins the eight journalist and seven bloggers and online activists already serving time in jail in the country for politically-motivated convictions, including the recent sentencing of the independent newspaper website editor Parviz Hashimli. And it’s not just journalists who are coming under fire from the authorities. Early May saw the sentencing of eight young activists on charges of attending to “cause public disorder”.

This article was posted on May 27, 2014 at indexoncensorship.org