Each week, Index on Censorship’s Mapping Media Freedom project verifies threats, violations and limitations faced by the media throughout the European Union and neighbouring countries. Here are five recent reports that give us cause for concern. 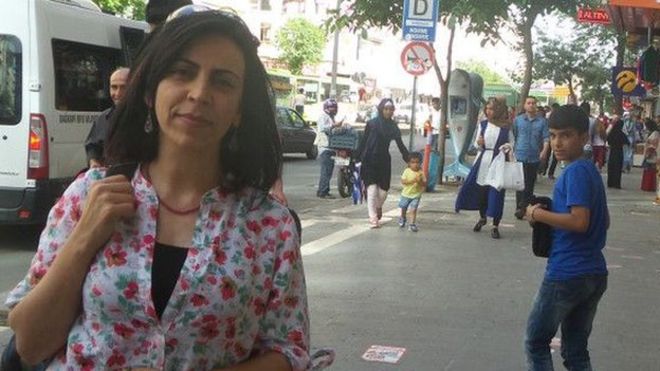 Hatice Kamer, also known as Khajijan Farqin, is a freelance journalist for BBC Turk and Voice of America. She was detained in Diyarbakir on 26 November while reporting on a landslide that killed at least ten workers in a copper mine.

Kamer was taken into custody in Siirt province at a police checkpoint; reasons for her detention remain unclear. Due to the state of emergency declared in Turkey, even the journalist’s attorney was unable to contact her.

The Netherlands: Journalist hit during clash at anti-Black Pete demonstration

Black Pete is a character in Dutch folklore said to be a servant to Saint Nicholas. The character is often portrayed by a white person in blackface and has become subject to controversy in the Netherlands, many claiming the inclusion of the character in Sinterklaas traditions is racist.

At the event, a group of Black Pete defenders emerged, identifying themselves as members of the alt-right movement Nederlandese Volks-Unie (NVU).

One of the members attacked Roberson from behind, hitting him on the head and neck then running away. Roberson posted the video online. The journalist told Mapping Media Freedom that he is fearing for his safety. “My home address is circulating in right-wing social media groups,” Roberson stated, “I don’t feel safe anymore.”

Roberson is pressing charges against the attacker.

On 25 November, Russian TV channel Dozhd reported that two of its correspondents, Sergei Polonsky and Vasiliy Yerzhenkov, were detained by intelligence agencies in the self-proclaimed Donetsk People’s Republic.

Dozhd reported that, “Three employees of the Ministry of State Security were involved in the interrogation. They watched videos and deleted them. They also blocked Polonsky’s phone, broke Yerzhenkov’s phone and destroyed his notebook.”

Polonsky stated that they did not receive physical abuse, only psychological. The reporters were told that the reason for their detention was “false information” in their accreditation, but Polonsky proved that the information was correct.

Yerzhenkov and Polonsky were in the region to interview Alexey Khodakovsky after receiving permission from the Security Service of Ukraine and the ministry of the Donetsk People’s Republic.

The two reporters are now banned from entering the area after giving “biased” and “provocative” reports on Donetsk.

At a rally for the main Macedonian opposition party, the Social Democratic Union of Macedonia (SDSM), a TV journalist and cameraperson for the Macedonian TV channel MTV 1 were insulted by party supporters.

The reporters were harassed, insulted and spat on as they attempted to report from the rally. The SDSM condemned the incident, saying they were against any negative treatment of the media regardless of its beliefs.

A film crew for REN TV in Moscow was assaulted after investigating fraud at a candle company. According to the clients, the company was offering candle-making lessons which clients would pay for, but the company would take the money and leave the clients without lessons.

While speaking to the director of the company, the crew was attacked by him after he blocked one of the cameramen and pushed reporter Dariya Ermakova to the ground. The incident was caught on video by one of the other cameramen.

Ermakova filed a report to the police who are currently investigating.