Journalist sentenced to 12 years in jail 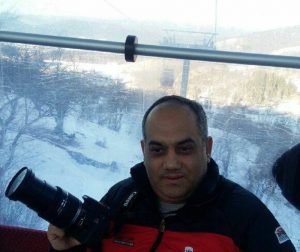 Tagiyev was found guilty on charges of extortion.

The journalist refutes the accusation and says he is being framed. In his statement, Taghiyev said this was a punishment for his attempt to receive full payment of the property he has sold to an employee of the Prosecutor Office but was unable to receive the payment since the sale of the property. The criminal investigation against the journalist was opened February 8, 2019.

Journalist called in for questioning at the Organized Crime Unit 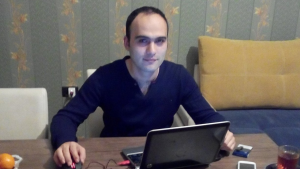 Gurdqanli wrote on his Facebook that he received a phone call from a man who introduced himself as an employee of the Crime Unit and asked that Gurdqanli came in for questioning. The journalist said he told the man on the phone that he needs to see an official letter of complaint first before he comes in. Gurdqanli also mentioned that he asked what this questioning was about, but was only told that there has been a complaint against him.

Gurdqanli suspects this call was linked to previous threats he has been receiving after re-publishing a story that was first released by Meydan TV about Ramil Usubov, the Minister of the Interior and his business empire.

The accreditation was denied by the Baku City Circuit, the main company in charge of organising the race.

The agency considered this decision intentional and continuation of state policy on restricting freedom of the speech. The agency received accreditation in 2017-2018.

9 April 2019 – US based Azerbaijani journalist Sevinc Osmangizi confirmed that a phone conversation with another journalist based in Germany was leaked by a pro-government news platform in Azerbaijan, reported Azadliq Radio, Azerbaijan Service for Radio Free Europe.

Osmangizi believes the conversation with the said journalist was recorded outside of their knowledge and that it was done by the special services in Azerbaijan.

Neither the authorities nor the news outlet that aired the conversation have commented on the developments.

The audio recording that was leaked took place several weeks ago before it was leaked and the two discussed possible project together.

26 April 2019 – After releasing the exchange between Osmangizi and another journalist, the authorities have now threatened Osmangizi to release intimate footage of the journalist, reported multiple sources in Azerbaijan and internationally.

In a video Osmangizi shared on her own YouTube channel, Osmangizi says, nothing is going to prevent her from doing her work, even such tricks as this one.

Osmangizi previously received death threats against her and her family.

9 April 2019 – arqument.az has been rendered inaccessible and eventually blocked without any official notification to the editors, reported independent online news site Meydan TV.

The website’s editor Shamshad Aga speaking to the media, said, the website was subject to DDoS attacks before it was made completely inaccessible.

While it was possible to access the website through a VPN on April 8, as of April 9, this was no longer the case.

Argument.az was also blocked in 2018.

Huseynov was released from jail in March 2019 after having served the two year jail term.

Huseynov has been unable to leave the country for eight years.

The blogger had planned to travel to Berlin and Strasbourg to attend a conference organized by the Council of Europe’s Parliamentary Assembly (PACE) Committee on Legal Affairs and Human Rights. He was also scheduled to participate at a conference on journalists’ safety in Vienna, organized by the OSCE representative on freedom of the media.

Popular video blogger Mehman Huseynov was sentenced to two years in prison on defamation charges by the Surakhani district court. He was arrested in the courtroom, Azadiiq reported.

Nasimi district police chief Musa Musayev brought a lawsuit against Huseynov, claiming the blogger lied when he said that he had been tortured when he was detained in January 2017. Huseynov is the first person to be arrested for slander in Azerbaijan.

The blogger is the administrator of popular Facebook page Sancaq which has over 300,000 subscribers. He shares videos claiming to expose high level corruption among Azerbaijani officials.

Huseynov was detained on 9 January in central Baku, by a group of plain-clothed police officers. He was held incommunicado overnight allegedly for violating administrative rules. The next day, court fined him 200AZN (€100) on charges of disobeying the police (Article 535.1 of the Code of Administrative Offences). Speaking to journalists following his brief detention, Huseynov said police placed a sack over his head and used force against him during the detention. On 11 January, his lawyer Elchin Sadigov published pictures showing traces of torture on Huseynov’s body and blood stains on his clothes.

Huseynov’s lawyer Elchin Sadigov said they will file an appeal to the supreme court, and described the appeal court’s decision as illegal and failing to observe legal norms.

Huseynov was not present at the hearing. His lawyer said the case would now be taken up with the European Court of Human Rights.

Speaking to Azadliq Radio, Huseynov’s lawyer Shahla Humbatova said the court reached its decision on the basis of a report submitted by the administration of the penitentiary where Huseynov is being held. The report concluded that Huseynov had failed to reform during his time in jail.

UPDATE: 26 December 2018 – New charges are being brought against Mehman Huseynov on the grounds that he “resisted a representative of the authorities with the use of violence dangerous to his health and life” – an accusation that Huseynov denies. If found guilty, he could face a further seven years in jail, the website of the international free expression website Ifex reported.

The new charges were brought just two months before he was due to be released from jail.

On the same day as the fresh charges were brought, Mehman announced that he was going on hunger strike. He refused to drink water until 30 December, but after this severe health complications forced him to start drinking water.

Huseynov suffers from a severe case of varicose vein rupture, and a prison doctor has recommended immediate medical intervention to stop the internal bleeding.

UPDATE: 15 January 2019 – Around a dozen people in Azerbaijan have begun hunger strikes as an act of solidarity with imprisoned blogger Mehman Huseynov, JAM News reported.

Seven of those who began hunger strikes since the beginning of the year are members of the opposition party Musavat, including the deputy chairman of the party, Tofik Yaqublu. Two of the Musavat members have since broken off their hunger strikes.

The country’s Prosecutor General issued a statement saying that “The criminal case against Mehman Huseynov has been cancelled.”

The statement said that the decision to drop the charges had been taken after human rights defenders and Huseynov himself appealed directly to President Ilham Aliyev “to ensure the objectivity of the investigation.”

It noted that, based on the president’s recommendation, “The criminal case on Mehman Huseynov was terminated due to the fact that he is a young man, was not subject to disciplinary liability during his term of punishment, took the path of reform, and his old father is in need of care.”

Trend said that Aliyev, “for whom the principles of justice and humanism are always a priority, took the appeals into account and gave recommendations to the General Prosecutor’s Office to conduct an objective investigation of the criminal case, to take all necessary measures provided by law to make a fair and humane decision.”

The agency added that “the Prosecutor General’s Office of Azerbaijan warns those who, for the sake of personal interests and political goals, are trying to create an artificial fuss around Mehman Huseynov, as well as the media spreading false information about him, that any illegal actions aimed at violating stability and tranquillity in the country will resolutely be stopped within the framework of the law.”

Radio Free Europe/Radio Liberty noted that the latest move comes after large-scale demonstrations in Baku in support of Huseynov and the adoption of a European Parliament resolution calling for his immediate release.