CASE STUDY
Eric Gill / The Body: Managing risk
15 May 2019
BY INDEX ON CENSORSHIP

Talking – The curator and I had always been happy having 1-1 conversations with people about the subject, but the idea of talking more broadly was I think terrifying. I knew that we absolutely had to overcome this. I remember when I said that Maurice Davies wanted to talk to me for The Art Newspaper about self censorship. I knew him and trusted him, he wasn’t a journalist, but I think we were both nervous although I didn’t falter that we would take this opportunity to talk about the fact that soon we would be talking about doing something. He allowed us sight of whatever he wrote before he published it, and I vividly remember Donna and I pouring over the one or two lines from me. Similarly the Museum Hour twitter discussion presented itself by chance. They tweeted that they had an empty slot that week, and I saw that it was Gill’s birthday, and decided (unilaterally and without the team really knowing about it) that I would host this, from my own twitter account. And asking questions only but being publicly engaged. There have been other times when I have decided to act unilaterally without consultation. A recent article for Apollo (Gerry and our PR looked over it last minute), and the text panels (Cathie looked at them but no one else … there are mistakes as a result but it was still the right decision!).

Index – I can seem quite impulsive and risk-taking, and I think that my staff needed to know that there was someone they trusted, who was very involved in the project, and confident and experienced enough to hold me to account if needed, and to talk and share there experiences with, someone involved who wasn’t me. Donna initially suggested a psychiatrist at Portman Clinic, but we also found you and Index, the idea that a case study was being developed, that would monitor and record the process was I think a calming and controlling effect for the staff.

Twinkle (work by Cathie Pilkington)– the idea of placing Twinkle in the introduction gallery was a huge moment, for me and for the team. It was goosebumps. She is being variously described as our guardian angel, or mediator, through this exhibition, and Cathie realises too that she has almost become a new and more potent work in this context. It was almost like she gave us permission to do the exhibition. I think the feeling happened again at the workshop day, and when I spoke to Courtauld students.

Cathie & the Doll – I knew immediately that when I met Cathie that we were going to work together on this, and that she provided a perfect way of engaging with the difficulties of the Petra doll. It was also clear to the workshop day that her involvement was key. Her work is complicated enough and she is accessible enough!

Workshop day – I don’t really remember how the idea of a workshop day came about but the overriding feeling was that we needed to take the lid off the pressure cooker which was the museum, and the way the staff were feeling. (I had needed to do this earlier on other issues to break open a very isolated and cliquey atmosphere that was here when I arrived.) I felt that the wider sector would support and comfort some of the anxieties, and also throw some light and experience on the subject.

Wellcome Trust – I met a couple of staff from the Wellcome Collection Front of House team at Museums Conference and I knew that if they could spent time with my team then that would be really reassuring particularly for Rebecca. I think that the day that she and Lucy spent with the Wellcome reassured them that we had put everything in place that we needed to. I don’t think we learnt a huge amount from them but it was reassuring. I know that I have put lots of people around myself to make this possible, I have struggled for my team to do the same around themselves despite making many introductions for them. I think this is something I need to reflect on with them in 1-1 meetings.

Rachel – I had a meeting with Vicky Kington, a prospective Trustee and Head of Press & PR at National Theatre, a couple of days before the workshop day and she suggested getting a trusted journalist to follow the process from the start. She asked who I would turn to and I said Rachel Cooke who I had exchanged tweets with when she wrote something about Gill and biography a year or so previous. I messaged her that night, and invited her to the workshop the following Monday, she was free and interested and excited. She felt it was fortune! (Working in this way also took the pressure off a long lead PR campaign as no press release was issued until after Rachel’s story three weeks before the show opened).

Kim Thomas – I remember palpably the experience of listing to Kim talking about BBC Casualty doing a story line about FGM. About how important it was to do, and the process they took, but also the overwhelming feeling that if they can do this, then we must do our own difficult issues. And the phase she used, that museums are trusted places in society, and must use this position to engage with difficult issues. I think it is no coincidence that I am also adopting the position of sharing our process, and wanting to provoke the sector into being proud of this role, and active in it.

Survivors Charities – I was nervous about diping my toe into this sector so first approached someone who I knew we probably wouldn’t be working with because they were quite the right area, but they would know other people, and I had a personal link to get to them. It was good testing out the subject with someone who we wouldn’t ultimately work with, the pressure was much less, and they could introduce me to the right people (and introduction being hugely valuable to enter the conversations without either side being as guarded). I remember asking him – what might be the concerns of this sector, and what might be the reasons why they would want to engage with us. This became invaluable information.

The Family – I had a meeting with Kim Thomas midway through the planning for the exhibition and asked her if she were my trustee would she let me do the show. She asked me what I thought our weak areas were; what made me wake in the night with worry. What were the areas I was avoiding doing. I said that I hadn’t engaged enough with the survivors charities, or Gill’s descendants. She told me to go back to her in a week’s time to say that I had! The next day I had a meeting with one of Gill’s great-granddaughters. It had been in my diary but I hadn’t quite engaged with it. When she came we managed to bring up the subject and it was very emotional for her. She was relieved to hear about what we were doing. I had subsequent conversations with Gill descendants. Not all easy ones. But I had taken the opportunity to do the first one face-to-face, and that eased the other conversations.

War memorial plinth – was a test, or reaffirmed my sense that this story might be written for us if we didn’t take steps to write it ourselves.

Two Temple Place and testing the wording for the text panels was one – hearing feedback from volunteers there allowed us to be prepared for the sorts of questions we would have to answer.

Trustee meeting – this was important in me having the confidence to say that we aren’t going to do this exhibition half-heartedly.

I took (and made) every opportunity I could to talk to people about the exhibition: our Friends association, the Art in Ditchling Open Houses group, University of Sussex students, Courtauld students …

Text panels and interpretation material will be shared with the Curator of Sculpture at V&A, Head of Interpretation at British Museum, Director of Brighton Survivers Network and curatorial colleagues at Wellcome Collection [NH]

An exhibition rationale document is produced explaining the museum’s reasons for mounting the exhibition – shared with Kim Thomas, Editorial Adviser and former Head of Arts at BBC. [GW]

Film commissioned for the Parlour featuring Cathie Pilkington, NH and DS (and hopefully Director of Brighton Survivers Network and a member of Gill’s family) to show personal narratives about why the exhibition was important, and our own feelings about curating it, and the works shown, and not shown [LJ]

Process developed for visitors to feedback their experience of the exhibition, and their personal responses to the questions raised; important to show that we value and want to hear all of these experiences [LJ]

Writer-in-residence appointed (with ACE funding) to create a new piece of work from the visitors’ experience of the exhibition – both from talking to visitors and from their written responses. This would also establish a permanent record of the exhibition. [LJ]

Signposting is provided to organisations who support people affected by sexual abuse and sexual violence – on leaflet given to all visitors, and on back of toilet doors. [LJ]

Additional member of staff on duty (in the gallery) during weekends in May (initially). [RD]

Staff will conduct hourly walk-throughs of the gallery during the week to increase presence in the gallery space. [RD]

Weekly debriefs to ensure that all staff are aware of how visitors are responding to the exhibition and changes can be made if appropriate. [RD]

Ensure appropriate and adequate barriers or age limits are in place at the ticket desk to reduce risk of visitor offence – checked with Samual Jones, Chair of Due-Diligence Group at Tate and Sarah Bailey, Head of Legal at Tate [RD]

Staff and volunteers provided with 3 sentence description of the exhibition.

New exhibition signs produced for behind the desk to indicate content.

Verbal and/or visual warning installed if explicit material is included.

Staff, volunteers and trustees receive talk from NH and DS on the rationale and journey towards the exhibition, and introduction to the content [RD]

Advice for refunds drawn up for FoH and Volunteers [RD]

Things not to say – and why document [RD] 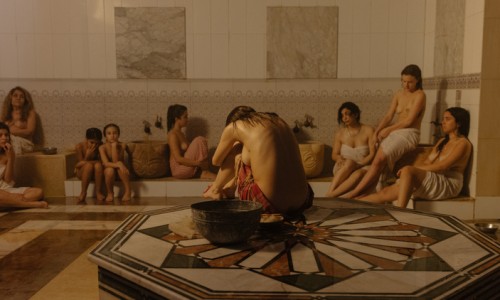 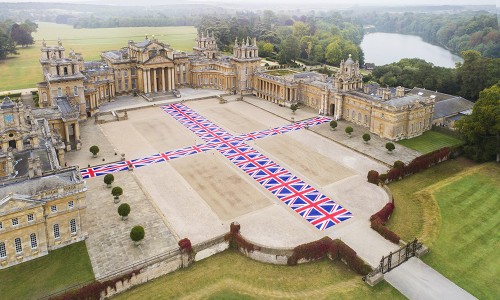 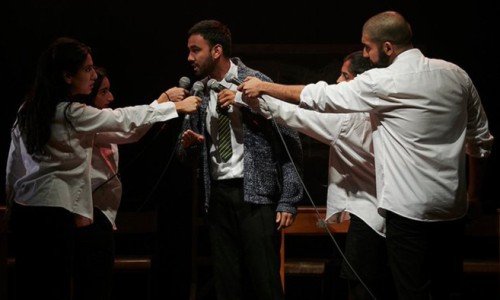