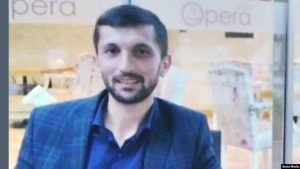 The journalist is facing a life sentence if found guilty.

14 June 2019 – An Azerbaijani court ruled that journalist Polad Aslanov would remain in detention, sentencing him to four months in pretrial detention pending an investigation.

Chobanoglu has been under a travel ban, which prevents him from leaving the country, since 2014. Chobanoglu appealed to the prosecutors office to consider removing his ban following a series of travel ban removals affecting other journalists,

However, prosecutors said, they will add the journalist’s request to the criminal case against him and respond at a later time. Chobanoglu considers this as a “no”, given he has submitted similar requests before, and was given the same response.

According to an independent non-governmental organisation Election Monitoring and Democracy Studies Center there are currently 30 representatives of Azerbaijani civil society, including journalists, facing a travel ban.