Mahmudov was informed that a travel ban has been imposed against the journalist by the Ministry of the Interior.

The reason for the imposed travel ban is reportedly Mahmudov’s administrative arrest in 2018.

Mahmudov said the ban was absolutely illegal as he completed the full sentence which was twenty days. The journalist plans to appeal the travel ban.

Hashimli, said, he was informed via a phone call from the Baku city prosecutor office.

Hashimli has appealed to remove the travel ban in May.

Police disperse journalists during a protest 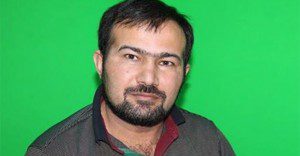 Journalist Seymur Hezi was arrested in August 2014. He was subsequently convicted of aggravated hooliganism and sentenced to five years in prison.

The group first gathered outside the ministry of internal affairs and then moved to the headquarters of the press council office calling to end persecution of journalists in the country and immediate release of journalists Afgan Mukhtarli and Seymur Hezi.

The group did manage to meet with the spokeperson for the press council and asked him why there the council it not pressurising authorities to release journalists. The spokeperson, said, the council has not received any official complaint from the journalists about their difficult working conditions or imprisoned journalists.

18 July 2019 – Exiled news media platform azerbaycansaati.tv was knocked offline. The site became unreachable and its domain name was no longer available, according to Qurium, that supports a number of DDoSed websites in Azerbaijan.

Following detailed analysis, Qurium Media Foundation was able to confirm that the website was indeed DDoSed. 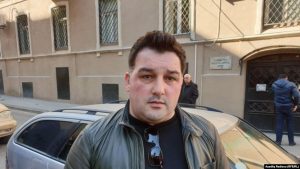 In an interview with the outlet, Mammadov said that the police wanted to speak to him about two articles the website he is managing published recently.

The first article is about a robbery and the inability of the local police officers to solve the crime. The second article is about the alleged thief, who was arrested and released the following day.

Mammadov told Azadliq Radio that during the questioning police officers were polite but said that Mammadov was biased and was unjust to law enforcement.

Azadliq Radio is the Azerbaijan service for Radio Free Europe.

Mammadov, is currently on a two year probation period. He cannot leave the country and must report to the relevant state body.

Criminal.az is an independent website covering predominantly crime-related stories. The website was blocked by the authorities in 2017, along with a number of other critical and independent news websites. It later began operating under the criminalaz.com domain, which was recently blocked.

Mammadov was questioned after publishing reports on an attempt on the life of the mayor of Ganja, Elmar Valiyev, on 3 July 2018.