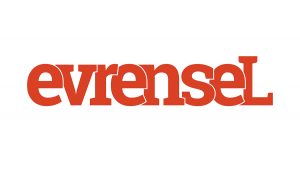 Evrensel Daily is being sued for 200,000 Turkish lira worth of compensation

27 September 2019 – Evrensel Daily has been sued for compensation by Serhat Albayrak, the head of one of Turkey’s largest media groups and the brother of Treasury and Finance Minister Berat Albayrak, who is also President Recep Tayyip Erdoğan’s son-in-law.

Serhat Albayrak is seeking 200,000 Turkish lira (nearly £27,000) in non-pecuniary damages over an article published in the newspaper on 7 April 2019. The article, “AKP’ye kim oy kaybettirdi?” (“Who is responsible for the slide in AKP’s vote?”), is alleged to have been written by Ceren Sözeri, a respected academic and media ethics lecturer.

The trial is due to begin on 4 March 2020 at the Istanbul Commercial Court of First Instance.

17 September 2019 – Two former producers for the closed down TV station Samanyolu were arrested in Ankara, Anadolu Agency reported. An arrest warrant has been issued for a third former producer.

The warrants for their arrest were issued as part of an ongoing criminal investigation launched by the Ankara Chief Public Prosecutor’s Office against former employees of Samanyolu TV’s Ankara bureau on alleged links to “FETÖ/PDY” (Fethullahist Terrorist Organization/Parallel State Structure).

Karafazlı was in a café in Rize when he was shot in the leg. The assailant dropped his gun and fled the scene in a taxi. Karafazlı subsequently was hospitalized.

17 September 2019 – Hüseyin Özkaya, a former reporter for the closed-down newspaper Taraf, was convicted of “membership in a terrorist organization”, Anadolu Agency reported. Özkaya was sentenced to 7 years and 6 months in prison by the 16th High Criminal Court of Ankara.

The indictment alleged that Özkaya used the encrypted messaging service ByLock, which Turkish authorities consider to be the primary communication tool between members of the Gülen movement. He was also accused of having deposited cash in Bank Asya, a bank considered to be run by the Gülen movement and where holding a deposit account has been widely used as evidence for the charge of membership in a terrorist organization.

12 September 2019 – Veteran journalist Uğur Dündar was convicted of “insulting a public official” by a court in Istanbul over an article he wrote in 2014, online news website Bianet reported.

The 2nd Criminal Court of First Instance of Küçükçekmece found Dündar guilty of “insulting” former Prime Minister Binali Yıldırım and handed down the journalist a prison sentence of 11 months and 20 days. The court did not defer the verdict. However, taking into account Dündar’s “age, personality, his social and financial status,” the court ruled to give an alternative sentence in the form of reading books and/or scholarly articles about “crimes against honor” at least two hours every week at university libraries for a period of five months and 25 days.

This was the retrial of a 2015 case, where the same court had sentenced Dündar to 11 months and 20 days on the “insult” charge. That ruling was later overturned by the Supreme Court of Appeals, which ordered a retrial.

12 September 2019 – The Office of the Chief Public Prosecutor of Van has launched a criminal investigation against journalist Oktay Candemir on the allegation of “insulting the president,” Mezopotamya news agency reported. The accusations against Candemir are based on a social media post in which he shared photos of President Erdoğan and a comment.

Candemir recently gave his statement to a prosecutor in Van as part of the investigation.

12 September 2019 – Cem Şimşek, the former responsible managing editor of Evrensel daily, was sentenced to 41,666 Turkish Lira (around $ 7,300) for “failure to properly publish a retraction” on an article about the Treasury and Finance Minister Berat Albayrak, Evrensel reported.

The 2nd Criminal Court of First Instance of Bakırköy in Istanbul acquitted Şimşek of the charge of “insulting a public official” stemming from the article published in the newspaper in July 2018. However, the court fined both Şimşek and the newspaper’s owner, Cemal Dursun, for using “retraction” as title instead of title of the retraction itself, which said “Our response to daily Evrensel’s unsubstantial article on Berat Albayrak.” Berat Albayrak is also the son-in-law of President Recep Tayyip Erdoğan.

Aydın was facing a trial over a social media post from 2006. The Bayraklı 20th High Criminal Court in Izmir, which oversaw the trial, deferred Aydın’s sentence.

5 September 2019 – The Radio and Television Supreme Council (RTÜK) has fined private broadcaster TV5 over an interview with Etyen Mahçupyan, a journalist and ex-advisor of former Prime Minister Ahmet Davutoğlu, Susma platform reported. During the broadcast, Mahçupyan said an operation was carried out against Davutoğlu supporters within media through Serhat Albayrak, the owner of the biggest pro-government media group Turkuaz and brother of Treasury and Finance Minister Berat Albayrak. The latter is also the son-in-law of President Recep Tayyip Erdoğan. The operation had resulted in Serhat Albayrak becoming the most influential media tycoon of the country, Mahçupyan had added.

The media watchdog argued that Mahçupyan’s claims constituted a “defamation, blacklisting and breach of privacy.” “RTÜK concluded that [Mahçupyan’s statements] went beyond the boundaries of criticism and contained words that are degrading, defamatory and accusatory,” RTÜK said.

TV5, which only broadcasts on the Internet and private digital platforms, said it would appeal the decision. After serving as a prime minister for more than a year between 2015 and 2016, Davutoğlu fell off with the ruling Justice and Development Party (AKP). He was eventually expelled from the party on September 2019.

On the surface, Belarus is one of the quieter places for journalists – one rarely hears about gruesome violations, physical assaults or murders of media workers in this post-Soviet country. But a lack of horror stories does not mean there is a liberal policy towards the media. In 2017, Belarus scored 83 points out of [...]