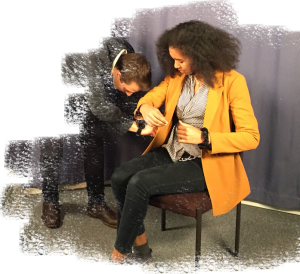 Media training forms a part of the curriculum.

In recent years all manner of protests and sparring have been reported over matters of free expression - particularly on US college campuses, but also in the UK. The notion of free speech is having its limits tested - and sometimes this spills over into real-world violence. In short - free speech is in danger of being co-opted by extremists. This has led to all sorts of effects on our societies, from "deplatforming" on social media and in debates, to proposed laws on curbing speech which might cause offence.

Here at Index, we want to push back against that. We want to train up a new generation of free speech activists, from diverse backgrounds, with diverse opinions, and reclaim this freedom for all of us. To achieve this, Index has gathered a group of people - from the UK and the USA - eager to learn about issues surrounding free expression, and teamed them up with mentors to pass on their experience and knowledge.

There are 13 mentors in all, one for each advocate participating in the programme. We spoke to some of them to get their opinion of the programme.

"The concept of free speech is the idea that everybody should have a voice in public. What it really must not become is something where either the richest, or the loudest, or the most powerful, or the most extreme views get heard, and drown out all the other voices."

"Freedom of speech is not only the most important ally for furthering all of those other human rights causes, but it is the essential underpinning without which those causes will not in fact be furthered. Moreover, censorship is the greatest hindrance to all those human rights causes."

"My hope is that at the end of the programme and the course, working with their mentors [the advocates] will feel encouraged, and know that they are supported. But also that they will feel inspired in their work for the future in defending their rights, and that of others."

We spoke to three of the 13 advocates to find out their motivations for joining the programme. 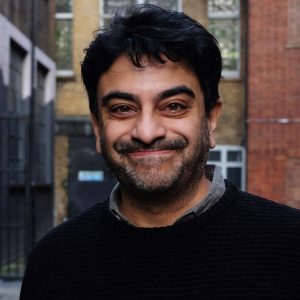 "With increased censorship and silencing of artists and writers worldwide either by governments or by even by one's own community group, it is very important to demand the right to freedom of expression. We must allow voices to be heard especially of those from minority communities within a minority and those living under controlled or occupied governments and regimes." 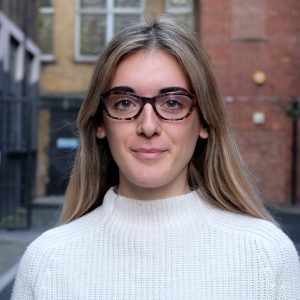 "My work involves protecting the rights of human rights defenders and activists who have been tortured, threatened, and exiled for their pro-democracy, pro-rights speech: in places where those who are marginalised or who speak out against abuse face oppression. But at the same time, in the UK I see some flying the flag of free speech to spout hate and divide communities." 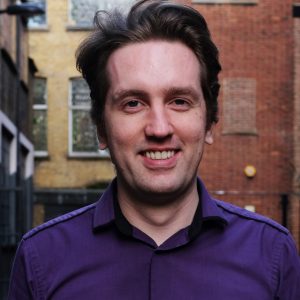 "One of the most pressing issues is the suppression of free speech on university campuses. The students of today will become our future politicians, journalists, artists and thinkers. If we do not educate and inspire the younger generation to believe in the cause of free speech, then what we think is bad now will be much worse in the decades to come."
The advocates will continue their classes until graduation from the programme in February 2020.

Free Speech is for Me USA

As well as the mentorship and advocacy programme, a number of events have been held on US college campuses to celebrate and debate the right to free expression. Index on Censorship sponsored a visit by Saudi Arabian journalist and filmmaker Safa al-Ahmad. She has directed documentaries for PBS and the BBC focusing on uprisings in the Middle East, and was a winner of the 2015 Index on Censorship Freedom of Expression Award for Journalism. Events have been held so far at the University of Delaware, the University of Pennsylvania and Columbia University. 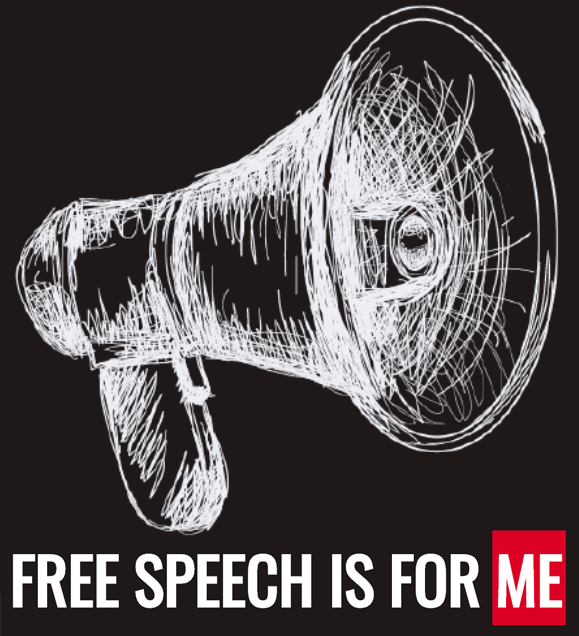 Find out more about the Free Speech is for Me project here.