Stephen Spender (1909-1995) was a British poet, essayist and human rights advocate. He was born in London to journalist Harold Spender and the painter and poet Violet Hilda Schuster.

Spender studied at University College, Oxford but emerged without a degree. He spent his time writing poetry, along with the likes of W H Auden and Cecil Day Lewis, and his poems touched upon the most pressing social and political issues of the age.

Spender’s role in establishing Writers and Scholars International, and subsequently Index on Censorship, is inextricably bound with that of dissidence in the Soviet Union.

On the 12 January 1968, western radio stations broadcast an open letter, addressed to the ‘world public,’ from the Soviet dissidents Larisa Bogoraz and Pavel Litvinov. The letter had been written to draw attention to the so-called “Trial of Four” conducted by the Soviet authorities against the writers Ginzburg, Galanskov, Dobrovolsky and Lahkova for their involvement in samizdat, the secret copying and distribution of censored writing.

The following day Spender read the letter in The Times. Immediately moved by the appeal, and its elucidation on the legal persecution of writers in the USSR, he called upon a number of his friends, including Auden, philosopher and mathematician Bertrand Russell and composer Igor Stravinsky, to draft a response to express their support.

Although Spender’s telegram didn’t reach Litvinov or Bogoraz directly, Litvinov heard the message through a radio broadcast, and subsequently used the transnational samizdat smuggling networks to express his gratitude.

On 8 August, two weeks before the Soviet invasion of Czechoslovakia, Litvinov wrote to Spender. In it he outlined a proposition: the creation in England of an organisation that would be devoted to defending free expression, wherever its repression may occur.

With the help of the philosopher Stuart Hampshire, Spender created a committee, Writers and Scholars International, made up of a number of prominent academics, journalists and writers.

It was this that led to the creation of Index on Censorship magazine, with the translator Michael Scammel, as Editor-in-Chief. The magazine was to function in accordance with Litvinov’s suggestions; it would be dedicated to creating an ‘Index’ on those, in whatever country they may be, who find their free speech to be stifled.

Throughout his life, Spender was steadfast in his concern for the principles of free expression, and of social inequality. He spent a brief spell, “a few weeks”, according to his 1949 essay in The God That Failed, with the British Communist party in 1936. Spender described both his enrolment in the Communist Party and his leaving it as being both inextricably linked with the Spanish Civil War; the former in terms of joining the ranks in the fight against fascism, and the latter after witnessing the Red Terror of the Soviet-influenced Communists in Spain.

He maintained a consistent anti-Stalinist left position throughout his life, and remained concerned with the consequences of the “disease of capitalism”, as he put it, thus circumventing the frenzied bipolarity of the Cold War atmosphere to remain an ally of the voiceless and oppressed. When Ramparts revealed in 1966 that the CIA had been funding the Congress of Cultural Freedom, and thus their money had equally gone towards Spender’s own journal, Encounter, he quit the Congress in disgust. When the Litvinov-Bogoraz appeal appeared shortly after this scandal, it galvanised Spender into new action.

In the first issue of Index on Censorship magazine Spender wrote an essay entitled With Concern For Those Not Free in which he outlined why Index was so necessary:

“I think that doing this is not just an act of charity. It is a way of facilitating and extending an international consciousness, traversing political boundaries…censorship and acts of persecution. The world is moving in two directions: one is towards the narrowing of distances through travel, increasing interchange…the other is towards the shutting down of frontiers, the ever more jealous surveillance by governments and police of individual freedom. The opposites are fear and openness; and in being concerned with the situation of those who are deprived of their freedoms one is taking the side of openness.” 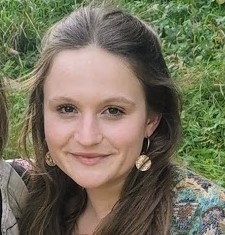 Helen Fortescue
Researcher at Index on Censorship
Helen is a writer, translator, and researcher, and is currently working on a research project for Index On Censorship