"It can't go on like this for much longer, it just can't. I know we will endure it with dignity, though it is not easy for all of us, on this side of the fence and on the other. Then we will laugh, cry, and shout, but we will do it together."

Reader’s Note: Elena Talkacheva is a journalist and was a business reporter for the independent news website, Tut.by. She was detained alongside 14 of her colleagues on 18 May 2021 in the framework of a criminal case initiated against Tut.by for tax evasion. As part of the Belarus Financial Investigation Department’s so-called “investigation”, officers raided Tut.by’s offices and the homes of several of Tut.by staff. The website was blocked on the same day for allegedly violating media legislation by “posting prohibited information.” It hasn’t been restored since. Tut.by had been one of the most visited online portals in Belarus while it was operational. As of September 2021, Elena and ten of her colleagues remain in pre-trial detention and three are under house arrest. 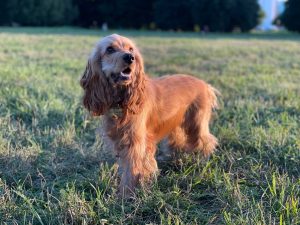 The letters below are from Elena to her friend Aliaksandra. Aliaksandra has been sending Elena food and letters while she’s been in detention. In the first letter, from July 2021, Elena refers to the extraordinary heat in her room and to the fan, who she and her cell mates have named “Igor”. She also refers to her friend Olesya, who is taking care of her dog, Tony Stark (named after Marvel’s Iron Man and pictured here). At the end of the letter, she quotes lines from “How Much You Need to Cry” (Сколько нужно плачь) by Russian poet and singer Vera Polozkova.

In the second letter, from September 2021, Elena expresses frustration at the fact that the television is always on in her cell. There is no strict rule about how long the television must be on for; it is likely due to an agreement between the cellmates. Even though only state propaganda channels are available, people like to watch television because it helps them to feel that they know what’s going on in the outside world. Elena says she keeps an eye out for Aliaksandra on television because, as an independent journalist, it is possible that the state television channels will ridicule and smear her for her ongoing work.

Aliaksandra. Hi. How are you, sweetie?

You know, your transmissions are not just of vegetables and postcards, they are parcels of pure, crystallised love. I don’t know how you have so much love to give or why I get so much of it, but I’m so grateful. And what a great pair of leggings you picked out for me. Ooh, hooray. From what I can see you kept in mind that I’ll wear them to the sea on vacation. I’m trying desperately to remember what summer t-shirt would go with them, but I can’t yet; if I do, I’ll write down where I put it.

It’s very hot in the room, so the leggings are just in time – I was already melting in my trousers, even though I rolled them up to my knees. Igor works as hard as three fans would, but he can’t cope. […]

Olesya is the best babysitter for Tony, I trust her. I miss Tony so much, you, our old life. It’s different here, it can be so difficult. I’ll tell you at a later stage when we’re sitting on my couch.

I know that the spring is so wound up that, according to the laws of physics, it’s about to explode. But waiting there and waiting here are radically different. What do your shamans say? It can’t go on like this for much longer, it just can’t. I know we will endure it with dignity, though it is not easy for all of us, on this side of the fence and on the other. Then we will laugh, cry, and shout, but we will do it together.

They burned my stables and my altars,

They wanted to burn me too, but they didn’t succeed.”

Hi. How are you, sweetheart?

I’ve found the one and only good thing about TV, I look for you in it. In reports from the streets, trade shows. Maybe. Otherwise it annoys me, but that’s because it’s on for 16 hours from wake-up to bedtime. I’ve learnt to disregard it, but I only take a break from it on walks. Walks in general are my zen, there I am with you and not in a concrete pit.

No news in the castle, everything is the same. Tomorrow there will be hot showers and letters – the prison will come alive after a long, dead weekend. But before you know it, it will be Thursday again, and then Saturday. The day drags on forever here, the week flies by in the blink of an eye.