The Royal Household is now even more protected from the Freedom of Information Act since the removal of the public interest test. Judith Townend reports 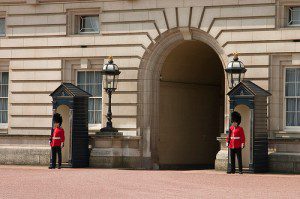 Given Prince Charles’ enthusiasm for British biscuits and buildings, citizens might be interested to access information about his correspondence and meetings, in the name of accountability and transparency.

That would be in the public interest, surely? The UK’s previous government thought otherwise, when they passed the Constitutional Reform and Governance Act 2010 during the ‘wash-up’. [Image, right: Jimmy Harris, on Flickr]

Amendments outlined in Schedule 7, Section 46 of the Act strengthened the Royal Family and Royal Household’s exemption from the Freedom of Information Act 2000. The Bill got Royal Assent as well, on 8 April 2010.

But full FoI exemption for the Royal Family was sealed by the current government. On 16 January 2011, just a week after the Ministry of Justice trumpeted to extend the scope of FoI for increased transparency of public affairs, Justice Secretary Kenneth Clarke announced his commencement order to bring Royal Family exemption into full force:

“The changes provide an absolute instead of a qualified exemption for information relating to communications with the sovereign, heir to the throne or second in line to the throne or those acting on their behalf.

“This amendment to the FoI Act is necessary to protect the long-standing conventions surrounding the monarchy and its records, for example the sovereign’s right and duty to counsel, encourage and warn her Government, as well as the heir to the throne’s right to be instructed in the business of Government in preparation for their future role as monarch.”

Whereas there was previously an exemption from the exemption, Freedom of Information enquiries about the Royal Family are no longer subject to a public interest test. There is no way to hold them under account under FoI.

In the Protection of Freedoms Bill, which had its second reading in Parliament on 1 March, this provision is extended to Northern Ireland as well.

Republic, the British organisation campaigning for the end of a constitutional role for the monarchy, raised concerns ahead of the Bill’s assent.

“If passed, this amendment would mean that Charles’s attempts to influence government policy on health, architecture, education, agriculture, the environment, even war and peace, will remain secret – until years after his death. Far from protecting ‘impartiality’, this amendment gives Charles the green light to get even more stuck in.”

The light is now well and truly green since the Act became law. During the Parliamentary debate of the Bill Jack Straw told MPs that there was “no way members of the royal family can change public policy.” Unfortunately, with the Act’s amendment to FOIA we’re not allowed to see that for ourselves.

As Republic said just under a year ago:

“Straw says our constitutional arrangements are threatened by greater transparency. We say this is an argument for a new constitution – not more secrecy.”

Republic this week, supported by Index on Censorship, has written to Deputy Prime Minister Nick Clegg, calling on him to use the Protection of Freedoms Bill to reverse this exemption and “to define the royal household for the first time as a public authority within the terms of the Act”.

“This is not simply about the royal household’s use of public funds – it is a serious issue of accountability and transparency that goes to the heart of government.  It is well documented, and admitted by Clarence House, that the Prince of Wales routinely lobbies government ministers on a wide range of controversial and deeply political matters such as the environment, education and health.

“The current lack of scrutiny over such actions means that citizens have no means by which to judge if ministers are taking decisions according to the public interest or to suit the interests and agenda of the heir to the throne.”

Republic, along with cosignatories Heather Brooke, author and Freedom of information Campaigner; Professor Roy Greenslade, Department of Journalism, City University and former editor of the Mirror; Cllr. Mike Harris, Head of Public Affairs, Index on Censorship; Professor Stephen Haseler, Director, Reform Foundation; and Professor Adam Tomkins, John Millar Professor of Public Law, is inviting Clegg to discuss these issues and add to the Protection of Freedoms Bill “amendments that would bring the royal household and the monarchy fully within the scope of the Act”.

“To choose to continue the regime of secrecy surrounding the monarchy would not only represent a profound missed opportunity, it would also call into question your personal and political commitment to accountability.”

And if Clegg doesn’t budge? “Then [his] commitment to transparency will be undermined and we’ll have to take our own steps,” says Republic campaigner James Gray, who describes the Royal Family FoI exemption as a “glaring anomaly”.

More information at Republic. A protest outside Buckingham Palace is due to take place on Thursday 3 March. The letter to Clegg is displayed below: