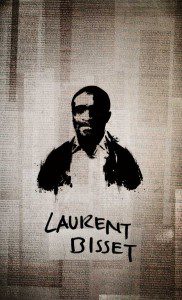 Join us in demanding justice for Laurent Bisset, a reporter for the state-owned Radio Congo and an outspoken supporter of then President Pascal Lissouba, was found dead outside his home in Bacongo, an opposition stronghold, on 4 November 1993. The neighborhood had been besieged for days when fighting broke out between government troops and opposition forces over accusations that the government had rigged parliamentary elections. According to the Committee to Protect Journalists (CPJ), at least 25 people died.