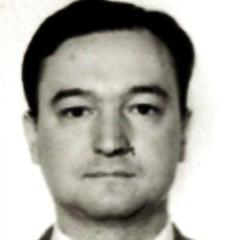 After speaking out against corruption, the young lawyer was left to die in jail. Two years on, says Jamison Firestone, no one has been brought to justice

As Magnitsky dug deeper, he found instance after instance of fraudulent tax refunds, totalling about half a billion dollars.  He filed a series of complaints and repeatedly gave testimony against the officials and criminals involved.

At the time when Magnitsky was exposing the crime, many of his colleagues warned him that he was in danger.  Magnitsky thought otherwise.  He believed the anti-corruption statements of Russian President Dmitry Medvedev.  He told his colleagues that the State would back him in his fight against corruption and that today’s Russia was not the Russia of purges and the gulag.

He was badly mistaken.

On 24 November 2008, Magnitsky was arrested on trumped up charges by the same officers he had testified against.

He was held for almost a year without trial, during which time he was repeatedly asked to withdraw his testimony.  He refused and was subjected to ever worsening treatment.

He was put in freezing cold cells with more people than beds.  He was kept in squalid conditions, with sewage up to his ankles and no clean water.  His health broke down.  He lost 20kg.  Investigators then denied him medical care to increase the pressure.  Eventually he was in agonising pain most of the time.

Despite these conditions, Magnitsky continued to testify against the criminals from detention.  On 13 October, 2009 he gave extensive testimony, naming eight of the people involved in the thefts.

On the evening of 16 November, when he was in need of emergency medical care, he was handcuffed to a bed and beaten by eight officers with rubber truncheons and then locked in a room for one hour and 18 minutes, left to die while medics waited outside.

The facts of the case are not open to dispute. It is mind-numbingly documented with a signed and sealed paper for every illegal action that was taken and it was confirmed by President Medvedev’s Council of Human Rights on 5 July, 2011.

Magnitsky’s family, his colleagues, and human rights activists have filed countless complaints asking the Russian government to investigate the theft he reported, his illegal arrest, and his torture and murder.  They have also asked the authorities to investigate the source of numerous officials’ wealth.

Not a single case has ever been opened at the request of any non-governmental party.  Instead the Russian government has undertaken a series of its own cases designed to exonerate Magnitsky’s killers and leave them safe with their stolen government money.

A year after Magnitsky’s murder the Russian Ministry of Internal Affairs announced:

Russians have been outraged by these preposterous claims and the impunity of the officials involved.  Two years after Magnitsky’s death, even after the President’s own human rights council called for the prosecution of the officials responsible for his illegal arrest, torture, and murder, the only cases open are government-sponsored cases prosecuting Magnitsky and a negligence case against two prison doctors.

The Magnitsky case that has showed Russians and the world that the Kremlin’s priority is protecting its own officials, even when they are accused of stealing from and killing the people they are sworn to protect.  The Kremlin would like officials to be untouchable.

To counter this the west has begun enacting visa bans and asset freezes against Russians who attack whistleblowers and human rights defenders. While Russian officials enjoy impunity in Russia, they care greatly about traveling abroad, keeping their money abroad, and living abroad.  Thus the Magnitsky casem which revealed the impunity of Russian officials may also be the case which ends this impunity; confining Magnitsky’s killers within Russia and discouraging other officials from acting in a similar manner.