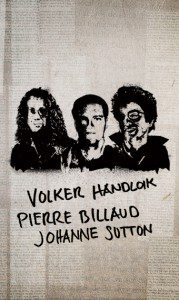 Join us in demanding justice for Johanne Sutton, Pierre Billaud and Volker Handloik, the first media casualties claimed by the U.S.-led attack on Afghanistan on 11 November 2001. They were reporting on front-line fighting in northeastern Afghanistan when the Taliban fired upon their armoured personnel carrier.

In Afghanistan, journalists are sometimes caught in the crossfire. But ARTICLE 19 says that over the past five years, the leading cause of death among journalists in warzones has become murder, and that impunity is a primary concern. The Afghan organisation Nai says that 22 journalists have been killed (including six women) and another 23 kidnapped in the decade-long war. Around the world, domestic, regional or international jurisdiction, including the Geneva Conventions, has been largely ineffective in bringing justice or accountability to journalists – a situation leading ARTICLE 19 and many others to call for far greater implementation of a government’s responsibility to protect journalists.