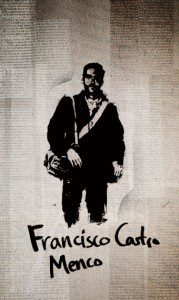 Join us in demanding justice for Francisco Castro Menco, murdered on 8 November 1997. A candidate for the departmental assembly, and president of the Fundación Cultural, a community foundation that ran daily radio broadcasts in the violence-ridden town of Majagual, Sucre.

While Castro tried to make the Fundación Cultural a neutral forum for community news, it represented an independent voice in a region where both armed guerrillas and paramilitary forces are active. Castro hosted a daily programme on community affairs and often called for an end to the violence. Local journalists believe he was murdered because of his appeals for peace but were unsure if guerrillas or the paramilitaries were responsible.