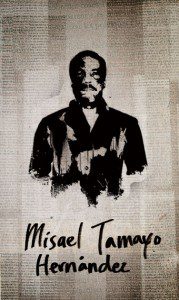 Join us in demanding justice for Misael Tamayo Hernández. A security guard came across his naked body in a motel room in Zihuatanejo, a Pacific coastal resort town in the southern state of Guerrero on 10 November 2006. His body was found with his hands tied behind his back. Three small puncture marks on his arm suggested he may have been given a lethal injection. A preliminary autopsy concluded that he died from a massive heart attack.

The motive behind the murder is still unknown, but there are indications it may have been related to his family-run newspaper’s investigative reporting on organised crime, drug trafficking and local corruption. Colleagues and family members at the paper said Tamayo had received death threats a couple of months before his murder, but that he had not taken them seriously.