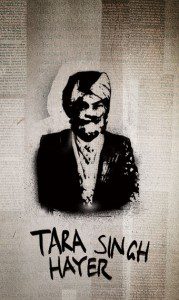 Join us in demanding justice for Tara Singh Hayer. Already paralysed from an assassination attempt 10 years earlier, Hayer was shot to death outside his home on 18 November 1998. A week before his death, he said ominously, “If they get me, they get me. There’s nothing I can do and I’m not going to stop my work.” Hayer’s murder appears to be connected to his investigation into the 1985 bombing of an Air India flight, which resulted in the deaths of all 329 passengers and crew. Hayer had made statements to police that would incriminate members of a militant Sikh separatist group.

Police were accused of failing to provide Hayer with adequate protection, mismanaging his case, and dismissing the possibility of a link between Hayer’s death and the bombing. Hayer’s case is the first and only case of a journalist murdered specifically for his work in Canada. It remains unsolved.