The government of Azerbaijan, led by autocratic President Ilham Aliyev, thought the Eurovision Song Contest was the perfect opportunity to airbrush the country’s poor human rights record. Yet even after spending an estimated $750 million on Eurovision, thanks to Index on Censorship and its partners in the International Partnership Group for Azerbaijan (IPGA), the message got out that free speech is not protected in Aliyev’s Azerbaijan.

During the Eurovision Song Contest, Index on Censorship launched a petition to support free speechwhich was signed by over 4,000 people, from all over the world, including Britain’s Lord Ken MacDonald QC, Icelandic MP Birgitta Jonsdottir and Bahraini human rights activist Nabeel Rajab. The petition was tweeted on the night by high-profile UK figures including  journalists Owen Jones and Caitlin Moran and comedy performers and writers Stephen Fry and Graham Linehan.

Today Azerbaijani writer and activist Emin Milli met British parliamentarians to get their support for the petition, which calls on Aliyev end violations of free speech in Azerbaijan. 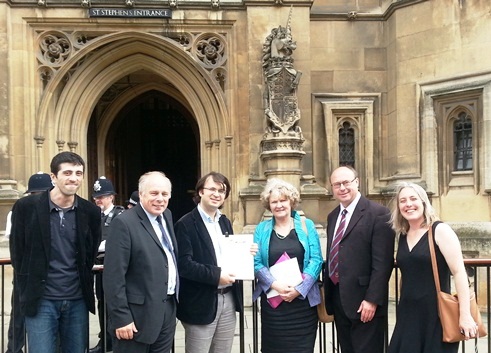 A letter has now been sent to President Aliyev with the petition, co-signed by Index on Censorship, ARTICLE 19, Media Diversity Institute, Committee To Protect Journalists, Freedom House, Norwegian Helsinki Committee, Human Rights House Foundation and PEN International. It calls on the Azerbaijani president to: