As a general rule, when a private company says that its ruthlessly tight protection against copyright infringement is for public benefit, my skin starts to itch. Sometimes at least you can understand the rationale: if we all stop buying music and pinch it off the internet, there will undoubtedly be fewer musicians making enough money to stay in the music-making business, and that would be rotten. The charts will be packed out with trust-fund babies and bankers having a mid-life crisis (in my house, we call them U2).

But the way to stop this happening is probably not to threaten anyone who’s ever had broadband and an iPod with a lengthy jail sentence and a bazillion dollar fine, because that is simply antagonistic, and makes them forget how much they like musicians in their dislike of record companies. And while you’re at it, you remind the rest of us that we hate global corporations too.

The same is true of what appears to be the most heavily copyrighted event the world has ever seen: the 2012 Olympics. Now, you may have been thinking that Locog, the London Olympic organisers, have been playing a long game, with their piss-poor logo, weirdly condomic mascots and vile 80s’ graffiti font. We scoffed as each one was released, little realising that this was surely the strongest protection against counterfeit items: who could possibly want to fake something so intrinsically crappy?

Nonetheless, Locog takes its copyright position very seriously. So seriously, in fact, that it has released a 61-page document of guidelines to explain how we can all not infringe their rights. They begin by stating that they hope all the information given will be used in good faith, which makes it all the odder that they let smart-arse journalists anywhere near it. While each page concludes with a footer stating that it is no substitute for legal advice, it does offer two separate flowcharts, and some Olympic background.

Given how much of the Olympic background is really quite dodgy and racist, I was hoping for a good read. But there is no mention of the Nazi background of the Olympic torch (the torch relay first took place in Berlin, 1936, and has nothing to do with ancient Greece, beyond the fact that Hitler liked to associate himself with the ancient world, because it seemed to validate him).

There’s also no mention of the dubious colour-scheme origins of the Olympic rings, which were once meant to symbolise directly the continents involved: blue for Europe, green for Australia (nice and uncontroversial), red for America (oh, like the native Americans? Wait, this is less controversial, right?), yellow for Asia (now, hang on) and black for Africa (okey dokey, then). The executive committee of the International Olympic Committee removed the paragraph explaining this from its booklet in 1951. But again, sadly no mention in the Olympic background info this year.

What they do mention is how many, many ways you could breach the Olympic copyright, even if you weren’t trying. “Controlled phrases”, in Locog parlance, include ‘”Games, two thousand and twelve, 2012, and twenty twelve” (that’s list A), and “Gold, silver, bronze, London, medals, sponsors and summer” (that’s list B). Combining words from either or both lists might give rise to a ‘Listed expression’, which is another thing you’re not supposed to be doing.

Don’t feel that Orwell has descended, however. Locog makes exceptions (possibly – they’re listed as ‘defences’, just so you know you’re in the wrong before you start). Gratifyingly, you can use words associated with the Olympics if it’s perfectly clear you aren’t trying to have anything to do with them. So, to quote their example, an antique store could advertise an “Original Marble Olympian Statue, circa 500 BC”, and that would probably be fine.

And if you have a company name which sounds a bit Olympicky, that’s okay too, so long as you existed before the Olympics and don’t pretend that you have anything to do with them. The example they give for this is my favourite bit of the whole document (page 17, in case you were thinking I stopped early). They suggest that if a pen manufacturer had trademarked the name ‘Olympens’ that would probably be okay. Seriously? Olympens? Suddenly, the amazing rubbishness of brand names that contestants on The Apprentice come up with all makes sense. Was Olympens really the best anyone could come up with? They couldn’t put aside four more seconds and invent a company that sells ice picks for climbing in Greek mountains?

But it’s not just the logos of the Olympics, or words that might loosely have anything to do with them, which are subject to these controls. Just to clarify: “An infringing association can be created by the use of any ‘representation’. This may be an image, graphic design, sound, or word (spoken or written) etc” (their emphasis). What, you may be wondering, is the sound of the Olympics? The gentle flow of tenners as they sink into an open drain?

Locog are keen to point out, as I said back at the start, that they are doing all of this for our benefit. If their sponsors aren’t protected, then they might pull out. And if they do that, there will be a big fat chasm in the Olympics budget, and you and I will be left with the bill.

At no point does it seem to have occurred to them, in their mesmerising arrogance, that every London council tax payer is also one of their sponsors, and has been for years. It also hasn’t occurred to them that they could always have simply spent less on their massive school sports day, instead of tanking billions and then telling us we should count ourselves lucky that McDonalds, Coca-Cola and Adidas will pick up a tiny bit of the tab.

Natalie Haynes is a comedian and writer. Her books include The Ancient Guide to Modern Life (Profile Books) and The Great Escape (Simon & Schuster). This article originally appeared in Index on Censorship magazine’s Sport On Trial issue

What?!? Now we’re not even allowed to link to the Olympics website?

In a league of its own 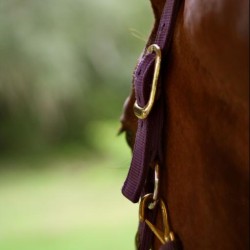