The more we live our lives online, the greater the temptation for governments and private companies to spy on us. Padraig Reidy highlights the dark side of our increasing dependence on digital communications

While the internet offers opportunities for mass communication and social interaction unprecedented in human history, the chances for governments to monitor and control how we communicate are also ample

The simplest way to control usage is to block sites. This is widespread practice, in democracies this technique is often used to block child pornography.  However, more authoritarian regimes will block sites carrying sensitive political content, and increasingly, sites will be blocked to prevent religiously “offensive” material from being viewed. YouTube remains inaccessible in Pakistan, having been blocked in September after it failed to remove the controversial anti-Islam film, The Innocence of Muslims. In Turkey, the site was blocked in its entirety between 2007 and 2010 to prevent the viewing of “sensitive material”. The Russian government recently pushed through a bill that will allow websites classified as “extremist” (often a catch-all term in Russia) to be blacklisted without judicial oversight. The amendments, reportedly in place to “protect minors from all ‘dangerous content'”, will take effect on 1 November.

The Great Firewall of China

Perhaps the most infamous example of web policing is the complex system broadly known as the Great Firewall of China. China will not only block sites, but also search terms (such as “Tiananmen”). But the Chinese model goes far beyond algorithms blocking an established set of forbidden terms. Thousands are employed to monitor social media, immediately pouncing on sensitive terms and stories which could expose the governing class to scorn or ridicule. When a (true) rumour of a party official’s relation crashing a Ferrari sports car spread on the web, the term “Ferrari” was banned from searches on Weibo, China’s internal equivalent of Twitter. Many more are employed to intervene in message boards and discussion groups, monitoring threads and steering any displaying signs of dissent back to a more pro-regime view. 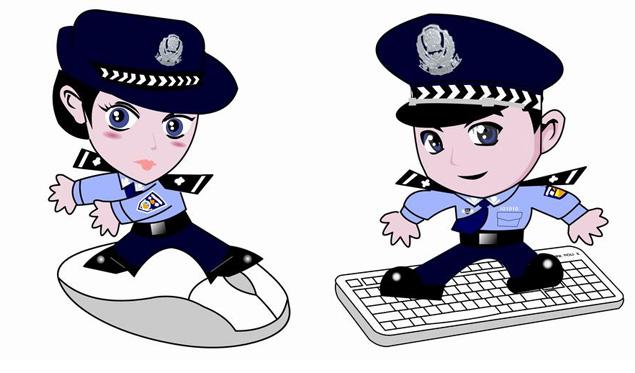 China has even gone so far as to introduce cartoon police officers which appear on web portals, reminding users of internet laws.

The national intranet is the ultimate web blocking tool. The Islamic Republic of Iran claims to be building a “halal internet” which would limit content to topics and terms deemed acceptable by the regime in Tehran. Meanwhile, users in cybercafés are obliged to provide ID before logging on to a computer, thereby making it easier for authorities to later track the online activities of individuals. In Belarus, commercial websites are forced to register domestically, with a .by domain name. This not only restricts commerce, but severely impairs the functioning of the “world” wide web.

But it is not only authoritarian regimes that police the web. In the UK, the government is currently attempting to push through the Communications Data Bill, which would oblige internet service providers (ISPs) to hold information on users web and email usage for 12 months. ISPs would then have to hand over information to government agencies on request, highlighting the huge potential for the surveillance that is a by-product of our increasing dependence on digital communications.

This dependence can provide governments with apparently easy solutions to dissent. In Cuba, for example, online connections are deliberately kept slow, making communication with the outside world, even via proxies, frustrating.  At the height of the protests against Hosni Mubarak in Egypt in 2011, authorities even tried turning off the internet entirely, costing the country millions, but only temporarily hindering the progress of the uprising that eventually toppled the president.

Living our lives in public

Our increasing tendency to live our lives online, particularly via social networks, provides easy ways for authorities to pursue people. In the wake of the Iranian “green revolution” in 2009, many who had used Twitter to mobilise and share information were rounded up by the authorities. In the democratic world, the UK has seen prosecutions for public order and “menacing communications” after postings on Facebook and Twitter. Several young people were arrested for incitement after posting about the riots of 2011 on Facebook, and Prime Minister David Cameron even suggested shutting down social networks during the disturbances.

Much of what causes governments to seek to control the web are old, familiar themes: dissent, blasphemy etc. Some, such as the controversies over copyright and online “trolling”, have emerged because of the technology. But whatever the issue — new or traditional — the web is now the battleground in the 21st century fight against censorship.

3 responses to “Policing the internet”