Philosopher and legal scholar Ronald Dworkin, who died today, 14 February, was a supporter of, and contributor to, Index on Censorship magazine. In this article from 1994, he put forward a passionate and forensic defence of free speech as a universal right

Is freedom of speech a universal human right? Or is it, after all, just one value among others, a value cherished by middle-class intellectuals in Western democracies, but one which other cultures, drawing on different traditions, might well reject as unsuitable for them, and which radical groups within those Western democracies might well challenge as no longer central even there? 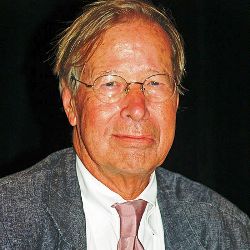 Index on Censorship was founded in the first conviction: that freedom of speech, along with the allied freedoms of conscience and religion, are fundamental human rights that the world community has a responsibility to guard. But that strong conviction is suddenly challenged not only by freedom’s oldest enemies — the despots and ruling thieves who fear it – but also by new enemies who claim to speak for justice not tyranny, and who point to other values we respect, including self-determination, equality, and freedom from racial hatred and prejudice, as reasons why the right of free speech should now be demoted to a much lower grade of urgency and importance.

In part, this new hostility reflects reluctance to impose Western values on alien cultures. Free speech may be important within our own secular traditions, some critics say, but it would make no sense to graft it on to very different styles of life. We cannot reasonably ask peoples whose entire social structure and sense of national identity are based on the supreme authority of a particular religion to permit what they believe to be ridicule of that religion within their own borders.

How can we expect people who are committed to a particular faith, as a value transcending all others, to tolerate its open desecration? John Stuart Mill’s argument On Liberty says that we should tolerate even the speech we hate because truth is most likely to emerge in a free intellectual combat from which no idea has been excluded. People with passionate religious convictions think they already know the truth, however, and they can hardly be expected to have more confidence in Mill’s doubtful epistemology than in their own bibles. Nor could Mill’s optimism justify, even to us, tolerating everything that those who believe free speech is a basic human right insist should be tolerated. Pornographic images hardly supply “ideas” to any marketplace of thought, and history gives us little reason for expecting racist speech to contribute to its own refutation. If freedom of speech is a basic right, this must be so not in virtue of instrumental arguments, like Mill’s, which suppose that liberty is important because of its consequences.

It must be so for reasons of basic principle. We can find that basic principle, moreover. We can find it in a condition of human dignity: it is illegitimate for governments to impose a collective or official decision on dissenting individuals, using the coercive powers of the state, unless that decision has been taken in a manner that respects each individual’s status as a free and equal member of the community. People who believe in democracy think that it is fair to use police power to enforce the law if the law has been adopted through democratic political procedures that express the majority’s will.

But though majoritarian procedures may be a necessary condition of political legitimacy, they are not a sufficient condition. Fair democracy requires what we might call a democratic background: it requires, for example, that every competent adult have a vote in deciding what the majority’s will is. And it requires, further, that each citizen have not just a vote but a voice: a majority decision is not fair unless everyone has had a fair opportunity to express his or her attitudes or opinions or fears or tastes or presuppositions or prejudices or ideals, not just in the hope of influencing others, though that hope is crucially important, but also just to confirm his or her standing as a responsible agent in, rather than a passive victim of, collective action. The majority has no right to impose its will on someone who is forbidden to raise a voice in protest or argument or objection before the decision is taken.

That is not the only reason for insisting on freedom of speech as a condition of political legitimacy, but it is a central one. It may be objected that in most democracies that right now has little value for many citizens: ordinary people, with no access to great newspapers or television broadcasts, have little chance to be heard. That is a genuine problem; it may be that genuine free speech requires more than just freedom from legal censorship. But that is hardly an excuse for denying at least that freedom and the dignity it confirms: we must try to find other ways of providing those without money or influence a real chance to make their voices heard.

This argument entails a great deal more than just that governments may not censor formal political speeches or writing. A community’s legislation and policy are determined more by its moral and cultural environment – the mix of its people’s opinions, prejudices, tastes, and attitudes – than by editorial columns or party political broadcasts or stump political speeches. It is as unfair to impose a collective decision on someone who has not been allowed to contribute to that moral environment, by expressing his political or social convictions or tastes or prejudices informally, as on someone whose pamphlets against the decision were destroyed by the police. This is true no matter how offensive the majority takes these convictions or tastes or prejudices to be, nor how reasonable its objection is.

The temptation may be near overwhelming to make exceptions to that principle – to declare that people have no right to pour the filth of pornography or race-hatred into the culture in which we all must live. But we cannot do that without forfeiting our moral title to force such people to bow to the collective judgements that do make their way into the statute books. We may and must protect women and homosexuals and members of minority groups from specific and damaging consequences of sexism, intolerance, and racism. We must protect them against unfairness and inequality in employment or education or housing or the criminal process, for example, and we may adopt laws to achieve that protection. But we must not try to intervene further upstream, by forbidding any expression of the attitudes or prejudices that we think nourish such unfairness or inequality, because if we intervene too soon in the process through which collective opinion is formed, we spoil the only democratic justification we have for insisting that everyone obey these laws, even those who hate and resent them.

Someone might now object that my argument shows, at most, only that free speech is essential to a democracy, and therefore does not show that it is a universal human right that may properly be claimed even in non-democratic societies. We may want to reply, to that objection, that democracy is itself a universal human right, and that non-democratic societies are tyrannies. But we need not rely on that claim, because we can distinguish democracy, as a form of political organization, from the more basic obligation of government to treat all those subject to its dominion with equal concern, as all people whose lives matter. That plainly is a basic human right; and many of the more detailed human rights we all recognize flow from it. And so does a right of free speech. Even in a country ruled by prophets or generals in which ordinary citizens have no real vote, these citizens must nevertheless have the right to speak out, to cry for the attention or to buy the ear of those who will decide their fates, or simply to bear witness, out of self-respect if nothing else, to what they believe to be wicked or unfair. A government that deems them too corrupt or debased or ignoble even to be heard, except on penalty of death or jail, can hardly pretend that it counts their interests as part of its own. It is tempting to think that even if some liberty of speech must be counted a universal right, this right cannot be absolute; that those whose opinions are too threatening or base or contrary to the moral or religious consensus have forfeited any right to the concern on which the right rests.

But such a reservation would destroy the principle: it would leave room only for the pointless grant of protection for ideas or tastes or prejudices that those in power approve, or in any case do not fear. We might have the power to silence those we despise, but it would be at the cost of political legitimacy, which is more important than they are. Any such reservation would also be dangerous. Principle is indivisible, and we try to divide it at our peril. When we compromise on freedom because we think our immediate goals more important, we are likely to find that the power to exploit the compromise is not in our own hands after all, but in those of fanatical priests armed with fatwas and fanatical moralists with their own brand of hate.

First published in Index on Censorship magazine in 1994, and reprinted in 2006

5 responses to “Ronald Dworkin: a new map of censorship”