“Journalism today is not about recording the facts. It ought to be a battle against barbarity and obscurity”, said Greek investigative journalist and award winner Kostas Vaxevanis at this week’s Index on Censorship Freedom of Expression Awards. Read the rest of his compelling speech here

Journalism is often either invested with magic powers or blamed for all that is wrong in the world. Both positions are wrong. Journalism is the way, lonely most of the times, of truth. Often colleagues discuss journalistic objectivity as a mausoleum where we kneel down. There is no objectivity. What matters is the decency of our subjectivity: how decent, honest and professional we stay in a world where everything is relative. How determined we are to fight against set-ups in this world of overloaded information. 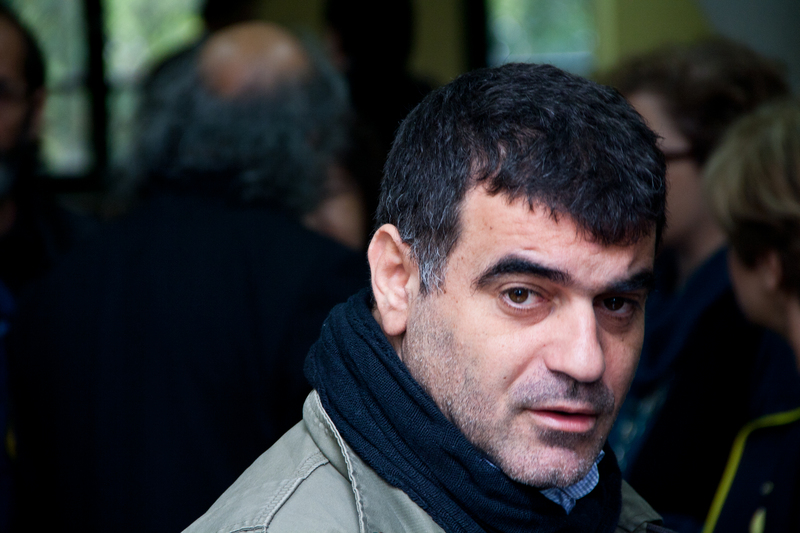 It is often said: “Journalism is printing what someone else does not want to print. Everything else is public relations.” This has to be done with respect for human rights and people’s dignity. Nevertheless it has to be done.

For the past few years, journalism in Greece has had nothing to do with the truth. A corrupted elite rules the country. At its centre lie businessmen who are unaccountable. They act as they please and usually make deals with the government. The politicians then legislate as if they were common mobsters, in order to serve and many times legitimise those businessmen. In the end, the journalists reveal nothing.

There are countless examples. My arrest is one of them. For two years the government stubbornly refused to use the Lagarde list of possible tax dodgers. When I published it, I was arrested by the special branch and led to court. I was acquitted but the district attorney’s office cancelled the court’s decision as it was probably expecting a different one. Around the same time, the Guardian disclosed the fact that the Greek police had tortured individuals. The Greek media did not mention anything. The Greek minister came to sue the newspaper on account of telling the truth.

A few days earlier, Hot Doc, the magazine I publish, had revealed the fact that the director of New Democracy, the political party that is led by the Greek prime minister, had been an affiliate of the Greek junta. The government refused to answer. The Greek media made no reference to this fact. Yet the Greek constitution demands respect to the press.

The Greek Republic has become a crossbred republic. You have the right to vote every four years, but those who govern pass provocative laws, for which the public will hear nothing from the media. The ministers themselves are in a constant state of impunity because of a phenomenal law that grants them immunity.

Media barons work in close partnership with the political system. They define what is legal and what should become known to the public. Recently, Reuters had a very harsh experience after trying to conduct a research on the state of the Greek media. An attack was launched against Reuters to make it appear as if wanted to destroy Greece.

It is often said in Greece that there is no muzzling of the press since Vaxevanis can write whatever he wants. But freedom of the press is not defined by a snapshot of the greater narrative but by the environment in which journalism can operate.

We launched Hot Doc exactly one year ago. Apart from the legal adventures we have faced so far, they’ve also tried to make us appear as journalists of a specific political shade, unreliable and collaborating with the secret services. Five people attacked me in my home and the Greek police made it look like an attempted burglary. They try to intimidate and eliminate any independent voice. Even though Greeks are eating from the garbage bins, the Greek National Council for Radio and Television prohibited TV from showing pictures of poverty.

We live in a European Union of stark contrasts. Europe cannot overlook its culture or its tradition of freedom. I’m proud I was born in a country that gave birth to democracy and civilisation. But democracy is like bicycle: if you don’t move forward, you will fall. Journalism today is not about recording the facts. It ought to be a battle against barbarity and obscurity. On this continent we must rediscover the universal ideas and of course the role of journalism.

On 6 June I will stand trial again for the disclosure of the Lagarde list. I don’t know what the outcome of the trial will be. I want to state that if I am going to be convicted I will not appeal but I will ask to be put in jail. I want to be a journalist in a country that is not afraid of the truth. I care for the truth of the people not that of a caste of corrupted politicians and businessmen. I do not want the people of my country to read foreign newspapers to learn what happened in their own country, as it was happening during the junta. I don’t want myself or any other journalist to in danger, because of what I reveal. I don’t want to be in danger of being presented as a “suspicious” journalist, just for stating self-evident facts, by the very propagandists of the power structure that brought my country on the edge. I want to be able to say what I think without the risk of my physical or psychological damage.

They want a journalism that is muzzled, we want a socially sensitive and truthful journalism.