An election is always a good litmus test for a country’s media freedom — particularly in Bulgaria. It consistently ranks last amongst European Union members for media freedom, and the US Department of State called its “gravely damaged media pluralism” one of its most pressing human rights problems, Georgi Kantchev reports. 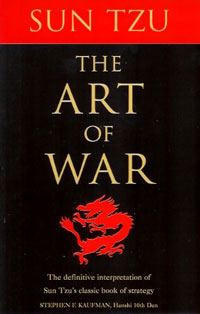 In the run-up to the 12 May parliamentary election, former ruling party GERB received the most mentions in Bulgaria’s media, ahead of the Bulgarian Socialist Party (BSP), and the Turkish minority movement DPS — mirroring the election results.

Media coverage, however, does not accurately capture the gap between parties. GERB was mentioned 3,642 times in election coverage — 80 per cent more than BSP. In the polls, the difference between the two parties was less than four per cent.

Bulgaria’s media grants over-exposure to those in power, and the industry seems to quickly adapt to a new political situation. While the New Bulgarian Media Group (NBMG) editorial stance was against the GERB in the 2009 elections, it changed its tune almost overnight after the party’s victory.

Given the close ties between the media and political parties in the country, distorted election coverage is not very surprising. For instance, a high-ranking DPS member owns the NBMG, which owns the Telegraph, the highest circulated newspaper in the country.

The tangles between politics and the Bulgarian media has drawn the attention of the Organisation for Security and Cooperation in Europe (OSCE). In a report released ahead of the election, the body expressed concerns over the “growing concentration of media ownership in the hands of a restricted circle of business people.” According to the OSCE, this “raised concerns about the independence of media from undue economic and political pressure.”

“Most media find themselves in a passive position and practically shun their most important function — to build an informed public opinion, and through that to support the political choice of the people”, says Orlin Spassov, professor of journalism at the University of Sofia. “The result of this campaign was a deficit of informed choice.”

Bulgaria has measures put in place to distinguish editorial content from political advertisements for broadcast media, but not for the press. The OSCE pointed out that “paid media coverage is often not labelled as such, thus potentially misleading the audience about the nature of the reporting.”

Bulgaria’s murky relationship with the press also creates trouble for journalists, who sometimes feel pressure for their reporting. In April Boris Mitov, a journalist for news site Mediapool.bg was summoned for questioning by prosecutors after writing an article accusing a Sofia deputy city prosecutor of illegal wiretapping. The prosecutors placed pressure on Mitov to reveal his sources, and after he refused to do so, they reportedly told him that he could face up to five years in prison for disclosing state secrets.

More troubling is the culture of self-censorship arising from pressure placed on journalists from business groups. Most common is economic pressure — which trickles down from media outlet owners to editors and reporters. The NBMG group, for instance, is largely financed by the Corporate Commercial Bank (CCB). The CCB has also held a large percentage of state-owned enterprises in the transport, energy, and defence sector — which means that NBMG is practically financed with public funds. This helps explain why the group is often cosying up to those in power.

While infrequent, sometimes journalists face direct threats from businesses. After writing a series of articles critical of a local business group last year, investigative journalist Spas Spassov received Sun Tzu’s book The Art of War in the post. Included was a note quoting a line from the book: “You should avoid those you can’t either defeat or befriend.”

The most recent election results, however, have left an unclear picture of who is in power: since no party has gain

ed a majority in Parliament. Coalition building was undermined by a deeply polarising election — which means that the media will have a difficult time knowing who to pledge allegiance to.

One response to “Bulgaria’s government mirrored in the media”