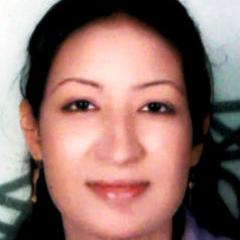 An Egyptian Christian primary school teacher has gone into hiding after pupils accused her of blasphemy. Shahira Amin reports.

Dimyana Abdel Nour, a 24 year-old social studies teacher at Naga El Sheikh Sultan primary school in the small village of Tud near Luxor faces trial for insulting Islam, and risks a harsh prison sentence. Her case is the latest in a growing number of blasphemy cases against Egypt’s Coptic Christian community under the rule of the Muslim Brotherhood.

Abdel Nour was imprisoned for a week before being released on bail of nearly $3,000. She has now gone into hiding.

Three of the teacher’s students in filed a criminal complaint against her with the Public Prosecutor’s Office last month, claiming she had said that the late Pope Shenouda, former Head of Egypt’s Coptic Orthodox Church was better than Islam’s Prophet Mohammed. Mostafa Mekki, the school principal, has defended Abdel Nour, saying her other students had said the accusation was false.

“The parents of the three students who filed the complaint are extremists and have on several occasions incited hatred and violence towards Christians,” Mekki told Index On Censorship.

Mekki has been forced to cancel Abdel Nour’s temporary contract with the school in a bid to ease tensions but insists she has done nothing wrong. He has since been removed from his post as principal and was transferred to an administrative job for siding with Abdel Nour in the case. Local Christians say Mekki had received threats because of his stance.

“The Islamists are giving out the accusations of blasphemy generously and openly, mostly against Christians,” he told Christian Science Monitor last week.

While Abdel Nour is in hiding and was absent from the trial, her lawyers and rights activists who attended the trial described the case as “unjust” saying that only the three students who had filed the complaint had been summoned as witnesses and not the other students who had denied the accusations. Abdel Nour’s lawyers also cited concerns that the rise of Islamists to power had “fueled the injustice against Coptic Christians” amid simmering sectarian tensions in the last two years.

Last year, a Coptic teacher in the upper Egyptian city of Sohag was sentenced to six years in prison for insulting Islam and the president. In September 2012, Egyptian blogger Alber Saber was also arrested and detained on allegations of having shared the YouTube trailer for the anti-Islam film “Innocence of Muslims” on a Facebook page he administers. Saber, a computer science student from a Christian family was sentenced to three years in a Cairo prison. He appealed the case and was released after paying $167 bail. His mother said that Saber has fled the country to avert being convicted a second time. Saber’s mother was forced to leave the family home and has been in hiding since after suffering harassment at the hands of Muslim extremists in her neighborhood who said her son deserved to be killed for being a self-declared atheist.

More recently, popular TV satirist Bassem Youssef was interrogated by the Public Prosecutor after several lawsuits were filed against him by ultra-conservative Salafi lawyers accusing him of “insulting Islam and the president” on his weekly show Al Bernameg CBC. The case triggered a public outcry and drew fierce criticism from Washington and rights campaigners, prompting the president’s office to release a statement saying that “the presidency is not involved in the investigation” and that it “recognises the importance of freedom of expression.”

Index on Censorship Freedom of Expression award winner Ibrahim Eissa has also been accused by an Islamist lawyer of defaming Islam after he mockingly said on his TV programme that “pickpockets would have their hand cut off according to Sharia, but those who steal billions from banks are allowed to get away with it.”