Britain’s bar on anti-Muslim activists travelling to the country could do more harm than good, says Padraig Reidy 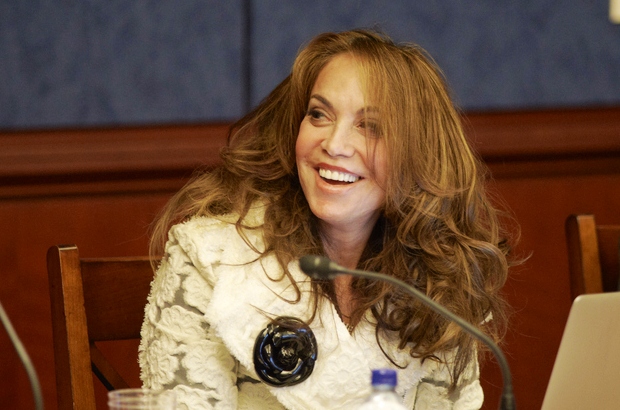 “Counter-jihadists” Pamela Geller and Robert Spencer have been banned from the UK, according to letters apparently sent from the Home Office they have posted on their respective websites.

The pair were due to address a rally this weekend in Woolwich, London, scene of the brutal murder of Drummer Lee Rigby on 22 May. Rigby’s killers have claimed to be acting in the name of Islam, and had links to banned extremist group Al Muhajiroun.

The Home Office letters quote Geller and Spencers words as justification for their exclusion; Geller apparently claimed that Al Qaeda “is Islam”, and Spencer says the religion “mandates warfare” against non-believers.

This ban is not without precedent: we know that the Home Office maintains a list of people who are prohibited from entering the country. When then Home Secretary Jacqui Smith released the names on the list in 2009, it included anti-Muslim activists and preachers, as well as Russian neo-Nazis, Hamas member Yunis Al-Astal and the entirely ridiculous Fred Phelps of the Westboro Baptist church.

Dutch MP Geert Wilders was banned in 2009, though he later appealed that decision and won, finally entering the country in 2010, to, it must be said, little fanfare.

“Traditionally, censorship has been used in an attempt to quell dissent and opposition, and in large part of the world it is used against progressive movements. But when we seek to censor reactionaries, such as Wilders, the BNP, or Hizb ut-Tahrir, we allow them to see themselves, and portray themselves, as the dissenters, the truth-tellers. The notion of oppression, of suppression, is now almost essential to any political movement’s sense of self.
“Censorship lends an air of legitimacy to arguments that may not necessarily warrant it. In this sense, it is as insidious when used against bad arguments as when used against good ones.”

The co-ordinated statements on Geller’s and Spencer’s websites bear out their new found status: “In not allowing us into the country solely because of our true and accurate statements about Islam, the British government is behaving like a de facto Islamic state. The nation that gave the world the Magna Carta is dead.”

Their enemies are rejecting the truth: sound familiar? They crave martyrdom, perhaps not of the exact kind jihadists believe will bring them reward in heaven but nonetheless the kind that allows them to be seen as suffering for their righteous cause.

In any war-of-civilisations vision of the world, it is liberalism and tolerance that is the real enemy, and in this case, liberalism has shot itself in the foot by using draconian measures.

In a 1994 article for Index on Censorship, the late philosopher Ronald Dworkin argued:

“The temptation may be near overwhelming … to declare that people have no right to pour the filth of pornography or race-hatred into the culture in which we all must live. But we cannot do that without forfeiting our moral title to force such people to bow to the collective judgements that do make their way into the statute books. We may and must protect women and homosexuals and members of minority groups from specific and damaging consequences of sexism, intolerance, and racism. We must protect them against unfairness and inequality in employment or education or housing or the criminal process, for example, and we may adopt laws to achieve that protection. But we must not try to intervene further upstream, by forbidding any expression of the attitudes or prejudices that we think nourish such unfairness or inequality, because if we intervene too soon in the process through which collective opinion is formed, we spoil the only democratic justification we have for insisting that everyone obey these laws, even those who hate and resent them.”

This is the problem with banning people such as Geller and Spencer, Islamic preacher Zakir Naik and others: Once we have an established principle that we can ban people who have not actually committed a crime in this country, on the grounds that what they say may not be conducive to the public good, then we risk an ever higher stakes game: the next time a controversial Muslim preacher passes through the country, there will be cries that that person was allowed in but not Geller; likewise when the next Geert Wilders enters, it will be asked how come he can enter, but Zakir Naik cannot? And on it goes, grievances building.

If these people break the law while in the country, and are prosecuted and barred, whether for hate speech, incitement to violence or relevant criminal offences, then at least it can be said that we are all subject to the same law, and the law has been broken. But this pre-emptive extra-judicial move is a strategy that risks undermining cohesion and entrenching bitterness in an already vicious argument.