To be an artist today means facing some age-old restrictions — whether they are economic, or the controversies that arise from clashing with society’s norms and standards.Women, however, face specific challenges when it comes to artistic freedom. The UN Special Rapporteur in the field of Cultural Rights, Farida Shaheed, recently released a report that captured some of these challenges:

“Restrictions on artistic freedoms may target some categories of the population more specifically. Women artists and audiences are at particular risk in some communities, and are prohibited from performing arts altogether, from solo performances before mixed audiences, or from performing with men. In a number of countries, many women making a living as artists, or wishing to engage in artistic careers, particularly in the areas of cinema, theatre, dance and music, continue to be labelled as “loose” or “prostitutes.”

Shaheed also emphasises the importance of artists having their work in public spaces: “the Special Rapporteur is convinced that freedom of artistic expression and creativity cannot be dissociated from the right of all persons to enjoy the arts, as in many cases restrictions on artistic freedoms aim at denying people access to specific artworks. Hence removing creative expressions from public access is a way to restrict artistic freedom.”

Add in religious or conservative values — and that only makes things a bit more tricky. For female artists who are also Muslim, there can be enormous challenges in bringing their work to the public space, and there have been some projects aimed at amplifying the stories and works of Muslim women. Projects like the Birmingham-based Ulfah Arts targets faith-based communities, who aren’t as engaged with the arts, and other projects like like Muslima — created by the International Museum of Women — showcase the artworks of Muslim women around the world in a virtual exhibition.
In some cases, restrictions on artistic freedom aren’t a question of space, but rather problems with a community’s notions of honour and propriety. Norwegian artist Deeyah, who made a documentary about the 2006 “honour killing” of a young Kurdish woman called Banaz Mahmood, said in an interview with the Free Word Centre that the value placed on “honour” cripples the freedom of expression of women in communities where it is a form of social currency:

This collective sense of honour and shame has for centuries confined our movement, freedom of choice and restricted our autonomy.  You cannot be who you are; you cannot express your needs, hopes and opinions as an individual if they are in conflict with the greater good and reputation of the family, the community, or the collective.  If you grow up in a community defined by these patriarchal concepts of honour and social structures, these are the parameters you are expected to live by.

Index has asked three Muslim women to write about the challenges they’ve faced as artists: 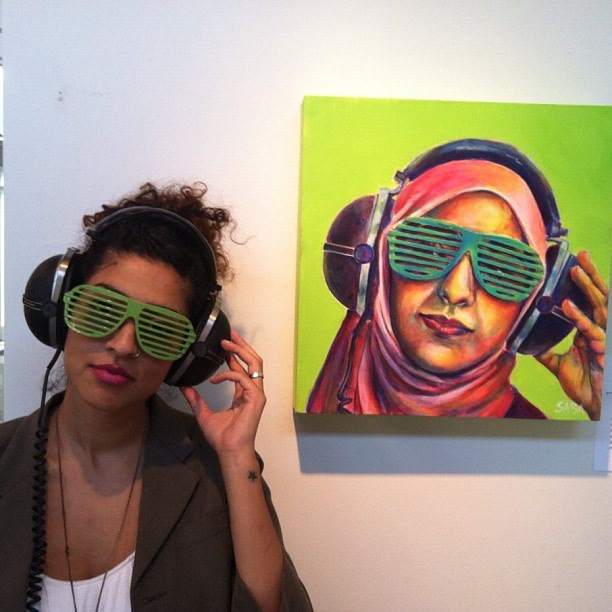 I am Pakistani, and like many other Pakistanis around me, I was strongly encouraged to become a doctor — because doing so would grant me both social status and financial security. In my family, and for most other Pakistanis I know, daughters and sons are expected to take both their education and careers seriously. A career in art seemed like an impractical and even wasteful pursuit — because it is neither financially secure, nor is it viewed as respectable in many circles. To top it all off, I had also had to consider whether or not I was risking eternal damnation by painting portraits (frowned upon by some Muslims). Before I began painting Muslim women, I was encouraged to explore my religious background through my art, and even capitalise on it, because Islam is currently the site of a controversial and political debate. But what I noticed is that the demand that exists is for images of Muslim women that illustrate the already existing narrative in the West. Through my work, I try to give a nuanced image based in truth, without passing judgment — which is a much harder sell, even though those are the stories about women that we need to experience. 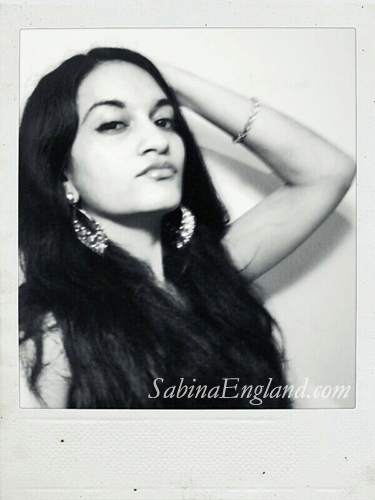 Being Muslim and deaf, and coming from a culture (Indian/South Asian) where family pressure is a big part of creating one’s future, I constantly struggle as an artist, writer, and filmmaker. Previously I’ve faced opposition from my parents, who did not want me to participate in the performing arts. Fortunately they have come around and now they support me, but they still don’t understand my passion for the arts — which is my driving force. They do not understand that my life is about creating art, breathing the air of Mother Earth, and thanking Goddess (Allah). I have faced hostility and rejection from dominantly white and western theatres and film festivals uninterested in my female-centric, woman of colour, deaf-perspective stories, films, and expressions. I never know if my works are rejected because I am Muslim, or if they’re rejected because a deaf woman of colour’s stories are so alien and foreign to the people considering them. There are fewer deaf people than Muslims — and I guess my perspective is very alien in many ways, but it doesn’t help to have my voice kept out of the mainstream. Rejection especially hurts, because my background isn’t really represented — and it would surely be a break from the white males who seem to constantly receive praise and space for uninspiring, homogenous crap. There’s also resistance from other Muslims (usually Muslim males) who think that I should shut up, be quiet, and not be seen or heard. I am so tired of it all. Now, I just do my own things and I publish my works through my own channels. That way, I can keep writing, creating, performing, filming what I want — and no one can silence or reject me. 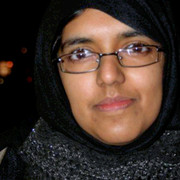 The two biggest restrictions placed on Muslim women wanting to enter the arts are the reactions of the community to the arts, and self-censorship. For example, while most of the reactions to my play about a Muslim girl finding “the one” were positive, one female friend made her disapproval clear to me. She said, for a “Muslim girl”, I shouldn’t have written such a play — because it’s forbidden to talk about sex before marriage openly. This is all the more reason why we should write about it — it’s an expression of opinion. There’s also a double standard: when Muslim males write about sex, it’s OK. But as soon as a Muslim woman writes about sex, she is labelled a “slut.” And it’s because of this judgment that many choose self-censorship instead of speaking up. Shouldn’t the arts be about being true to oneself? I don’t want to be labelled for writing about religion, politics, and terrorism. There’s more to me than these three things. Even with pressure, Muslim women are slowly overcoming these restrictions — but communities need to be more open-minded. Hopefully, Muslim women can eventually be judged solely for the work, rather than what’s “expected.”

2 responses to “Bringing Muslim women artists to the public space”