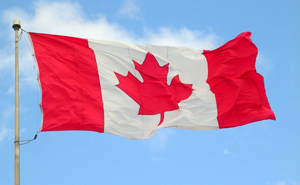 Bill Whatcott is a conservative Christian campaigner who was fined $17,500 dollars in 2005 for distributing hate materials. His case rumbled through the courts until February, when the Supreme Court ruled against him.

In June, however, Parliament voted to repeal a hate speech provision in the federal human rights legislation. This is a significant legislative change, but whether provincial legislatures and courts will follow suit is very much an open question.

The regulation of hate speech in Canada

Hate speech in Canada is regulated in two ways. Section 319 of the Criminal Code makes it an offence to wilfully promote or publicly incite hatred. A violation of Section 319 carries serious consequences, including imprisonment for up to two years. Someone charged criminally under Section 319 has a number of defences available, including “truth”, and that the statements were in the public interest and the accused reasonably believed them to be true.

Both types of hate speech legislation have been challenged in court as violations of Canada’s constitutional protection for freedom of expression. These challenges have not met with much success. Although the Supreme Court struck down an antiquated “false news” law used to prosecute holocaust denier Ernst Zundel (R. v. Zundel, [1992] 2 S.C.R. 731), it has upheld the constitutionality of the criminal offence of wilfully promoting hatred (R. v. Keegstra, [1990] 3 S.C.R. 697).

In Whatcott, the Supreme Court largely upheld a hate-speech prohibition in Saskatchewan’s human rights legislation, despite that the provision does not even allow a defence of truth (2013 SCC 11).

The repeal of section 13 of the Canadian Human Rights Act

Just four months after the Whatcott decision parliament voted to repeal section 13 of the Canadian Human Rights Act (the “CHRA”), the federal equivalent to the Saskatchewan law at issue in Whatcott. The repeal comes into effect after one year.

Section 13, which was upheld by the Supreme Court of Canada in 1990, prohibits anyone from repeatedly communicating hate speech over the telephone or internet. The Tribunal can punish contraventions by ordering that the speaker financially compensate the victim. (A provision allowing the Tribunal to also order a $10,000 “penalty” as well was struck down by a 2012 Federal Court decision).

Canada’s criminal hate speech laws arguably have a minimal impact on freedom of expression rights, as there is a high burden of proof and there are numerous defences available, including the defence of “truth”. It seems unlikely that mainstream media will be prosecuted, much less prosecuted successfully, under Section 319 of the Criminal Code.

Human rights hate speech laws are different. There are far fewer protections for respondents in human rights cases and the mainstream media has recently had to defend against human rights complaints. Thus, they appear to be a potentially dangerous incursion into free speech territory.

Hate speech laws in human rights legislation rest on a tenuous and sometimes artificial distinction between hate speech and other speech. In the context of libel law, for instance, a speaker has a constitutional right to defences for truth, fair comment, and responsible communication in the public interest. Once statements are classified as “hate speech” in the context of a human rights complaint, however, they lose that protection – a human rights tribunal may order compensation even if the statement is true, and even if it was made in good faith on a matter of public interest.

The line between hate speech and the merely offensive is slippery at best. Whatcott and earlier Supreme Court decisions define hate speech as statements that tend to expose people to “unusually strong and deep-felt emotions of detestation and vilification” on the basis of a prohibited ground of discrimination, which includes things like race, religion, and sexual orientation. However, human rights legislation doesn’t require that anyone prove the statements at issue actually caused hatred. This leaves tribunals and courts guessing about whether the statements at issue could have that effect, or whether they are just “offensive comments or expressions of dislike”.

This combination of strict laws with a slippery definition of hate speech puts everyone’s expression at risk, not just that of extremists. In a recent British Columbia case, the Human Rights Tribunal found that a stand-up comic had engaged in “discriminatory” speech by insulting audience members based on their sexual orientation. The decision was recently upheld by on judicial review (Ismail v. British Columbia (Human Rights Tribunal), 2013 BCSC 1079).

Media organisations have successfully defended against hate speech complaints brought before human rights tribunals, but have incurred significant legal expenses along the way. The imprecise definition of hate speech makes it difficult for the media to assess its risk before publication, and therefore risks chilling debate.

More broadly, freedom of expression relies on courts and legislatures accepting the importance of the “marketplace of ideas”; the notion that society is best served when ideas, even hateful ideas, are disproven through public debate. The “marketplace of ideas” concept formed part of the reasoning behind the Supreme Court’s decision to recognize the responsible communication defence in libel law in 2009 (Grant v. Torstar Corp, 2009 SCC 61). “In the course of debate,” the Court wrote then, “misconceptions and errors are exposed. What withstands testing emerges as truth”.

Hate speech laws in the human rights context, and court decisions that uphold them, are inconsistent with concept of a marketplace of ideas. They threaten free speech. It is encouraging to see parliament repealing section 13 of the CHRA. The question now is who will follow.

Ryder Gilliland is a Toronto-based attorney at Blake, Cassels & Graydon LLP and an executive member of Ad IDEM, the Canadian Media Lawyers Association.

Adam Lazier is an attorney with Blake, Cassels & Graydon LLP.