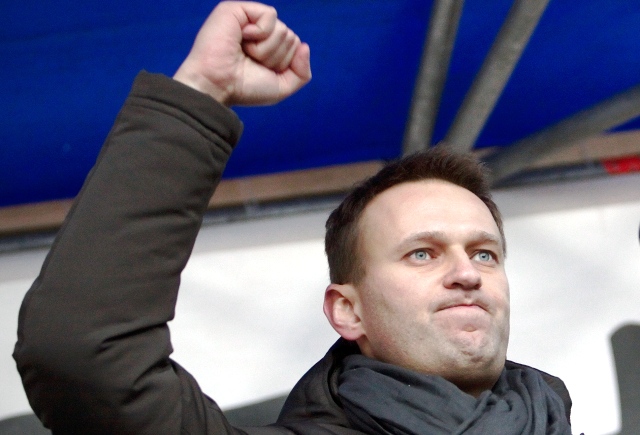 The anti-corruption campaigner and blogger has been charged with embezzling 16 million roubles (£330,000) from a state-owned timber company in 2009.

The activist also filed to run for Moscow’s mayor on Wednesday, but his conviction will disqualify him for the race. However, Navalny will not be formally removed from the race until the ruling goes into effect.

Navalny has insisted that the charges are politically motivated, as he has been a vocal critic of Vladimir Putin’s United Russia Party. The 37-year-old was also one of the prominent voices of the country’s historic mass protests against Putin last year.

The court has dismissed allegations that the charges were political, but critics have insisted that it is politically motivated, including US Ambassador Michael McFaul:

We are deeply disappointed in the conviction of @Navalny and the apparent political motivations in this trial.

Concerned by conviction of Alexei Navalny, selective justice in #Russia and lack of adherence to international human rights obligations

In a Livejournal post before the ruling yesterday, Navalny called on supporters to organise, and called Putin’s government “a blowfish or a Latin American toad which puffs itself up upon seeing danger, with the help of television, which shows lying prostitute TV anchors or the freaks from the Investigative Committee in blue uniforms muttering that they’re going to put everybody in jail.”

Meanwhile, even before the sentence was announced, riot police began block access to Moscow’s Manezh Square, where supporters of Navalny have planned to meet later on today to discuss the verdict. More than 7,000 people have signed up to attend the unsanctioned rally on Facebook.