During his inauguration address yesterday, Iran’s new president Hassan Rouhani promised peace and a push towards a more open dialogue with the West. Although it is far too soon to gauge whether his promises will transform into policies as he pushes against Iran’s convoluted theocracy, one thing is certain--Rouhani’s election has instilled a great feeling of hope among the Iranian people. Small Media reports

Iranians stormed the streets in celebration when his victory was announced, and this giddy optimism also permeated social media.

In the days after the election, there was an opening up of the national media, which has been steadily strangled over the past 8 years, as reporters and journalists tested the new waters to measure where the new limits of censorship have been set.

On July 23 the Iranian Students’ News Association announced Rouhani’s government may lift the filter from Facebook and other social networks, but after going viral, the article was deleted without explanation.

Iranians on social networks have started a campaign called “Rouhani, Mochakerim” [Rouhani, Thank You], a platform on which they seem to thank the new president for everything good in their everyday lives. One said, “I think Facebook needs to have a ‘Thank You Rouhani’ button” for Iranians”. Another quipped, “My phone’s had more battery life since Rouhani won the elections. Thanks Rouhani!”

Blogger Younes is very optimistic about Rouhani and hopes Iran’s relationship with other countries will be improved over the next four years. Younes described how Ahmadinejad’s foreign policies united the world against Iran. He pointed out that the invitations to Rouhani’s inauguration were sent to world leaders signalling that Iran is ready to change its position and open up dialogue with the outside.

Optimists aside, there are also those who are unsure whether Rouhani will be able to keep his promises. Twitter user thebrightriver has criticised Rouhani for the ministries he has proposed to the Parliament: “Rouhani has promised that he will create the Ministry for Women, but he hasn’t even chosen one woman as a minister! It’s good I didn’t vote otherwise I’d owe one to my conscience”.

Mohammad Hosseini Nejad argues Rouhani is not a magician, that radicalism is the biggest threat to his ability to fulfil his promises, and that his policies will only be implemented if all of the opposition factions join together to support him. 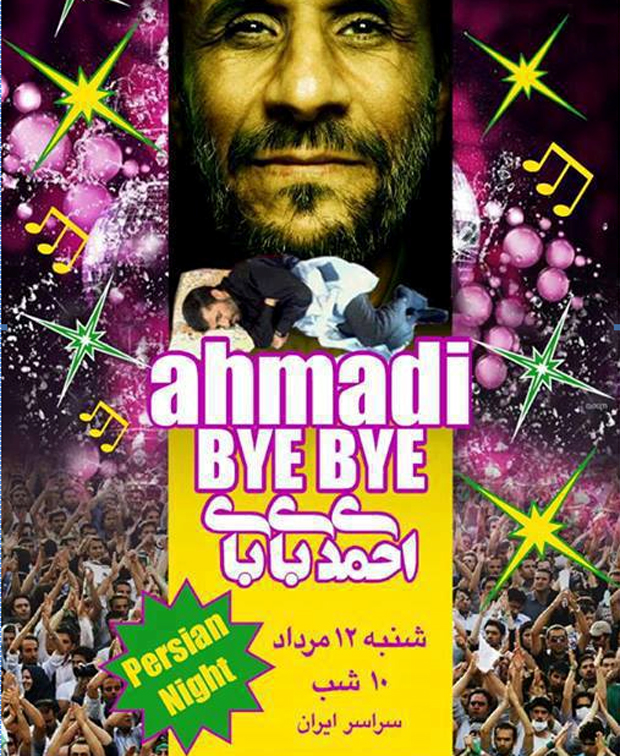 Farzad said, “Ahmadinejad has claimed that he fought economic corruption, but everyone connected with him was involved in the biggest embezzlement in Iran’s history. #AhmadiByeBye” Hooman agreed, “These 8 years have shown me how just one mistake can destroy life of an entire generation. #AhmadiByeBye”.

While the atmosphere, at least on social media, is one of optimism, Rouhani’s road ahead is tough. For the next four years he will battle against the supreme leader and the Parliament to implement some of his more ambitious promises. Despite being a figurehead for Iran when it comes to the country’s public relations, the president has relatively limited power and will struggle to liberalise the country.

This article was reported by Bronwen Robertson and Amin Sabeti of Small Media. Small Media has collaborated with the Munk School on launching ‘Rouhani Meter’, where Rouhani’s policies will be tracked across the first 100 days of his candidacy and beyond.