NEWS
Should you sue for a bad review?

Do you have a right to take critics to court? 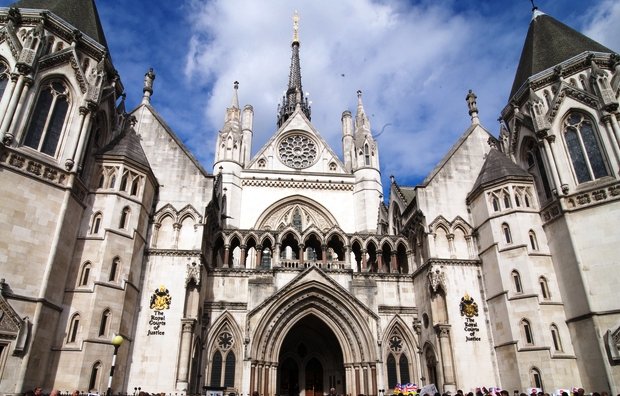 A recent libel judgment has raised an interesting question: should you be able to sue for a bad review?

I should probably give a little background. This all dates back to a case involving an Amazon thread row between two men, Christopher McGrath and Vaughan Jones. In fact, I’m going to use the exact summary from last week’s judgment by Mrs Justice Davies, lest I be accused of twisting a story that’s a little complicated. Here we go (note – her punctuation, not mine):

[I]n 2010, the claimant [Christopher McGrath] published under the pseudonym “Scrooby”  a book entitled “The Attempted Murder of God: Hidden Science You Really Need To Know”. In the same year, Professor Stephen Hawking and Leonard Mlodinov published a book called “Grand Design: New Answers to the Ultimate Questions in Life”. The book was offered for sale on Amazon, the page on which it was advertised included a facility for users to post reviews. The claimant, as Scrooby, posted a review of the Hawking book, the review is described by the defendant [Vaughan Jones] as “more or less a naked puff of the claimants own book”. The claimant’s review attracted many critical comments. An online argument ensued with a number of contributors including several who were in fact, the claimant using other aliases. One contributor was Vaughan Mr Vaughan Jones. It was he who outed the claimant as Scrooby, questioned the claimant’s marketing tactics, belittled the claimant’s book and publishing business and took issue with the claimant both as to his views and conduct. The war of words spilled over onto the website of the Richard Dawkins Foundation when Mr Vaughan Jones began a discussion on the site complaining that the claimant had threatened to sue him for libel comments made in the Amazon thread.

The claimant issued proceedings in the Dawkins Action on 1 April 2011. The Dawkins defendants subsequently applied to strike out the claim upon a number of bases, all of the defendants applies for rulings on meaning. The claim against Amazon was struck out in its entirety. The claims against Richard Dawkins and Mr Vaughan Jones were struck out as the only actionable aspects of the claims against them, which had survived the abuse of process and meaning applications, were disposed by way of undertakings.”

Jerome Taylor, than of the Independent (now at AFP) reported on the case, and included a quote from Index’s Mike Harris, speaking in his role as part of the Libel Reform Campaign.

McGrath took objection to the article, which he said implied that he had sued merely for bad reviews. So he proceeded to sue the Independent for suggesting that he would sue someone for a review (keep up). According to the judgment, he pleaded*:

A book review is a subjective response and is widely regarded as a matter of opinion, a legally framed objection to which clearly falls into the realm of stifling free speech, which is of course a Human Right protected in international law. Such a claim demonstrably engenders a lowering of opinion of a litigant by ordinary readers and is therefore defamatory.”

So McGrath is, interestingly, claiming that to suggest someone would impinge on free speech by suing for libel is defamatory.

Mrs Justice Davies, however, in her judgment in McGrath v Independent, disagrees:

[…] I accept that there may be certain members of society who view with disfavour or scorn an author suing over a book review, but I do not accept society in general would hold that view. Nor do I accept the claimant’s assertion that suing over a book review is contrary to “established norms of free speech” which would “rightly attract opprobrium in a democratic society.

The former hinged on a mistake made by the Telegraph’s critic Lynn Barber, who, in a review branded as “spiteful” by Mr Justice Tugendhat, claimed that Sarah Thornton, author of Seven Days in the Art World, claimed that the author had falsely suggested she had interviewed Barber, a keen contemporary art collector. It turned out Thornton had, and Barber had forgot when she wrote the review.

In Goodfella’s v Irish News, Caroline Workman submitted a scathing view of a Belfast Italian restaurant, and was successfully sued by the owners in 2007. Workman won on appeal (represented by Lord Lester of Herne Hill) and briefly became a cause celebre among restaurant critics – The Times’s Giles Coren, who normally resents leaving North London, travelled all the way to Northern Ireland to review Goodfella’s in solidarity (£).

A good principle. But I do have a certain amount of sympathy with McGrath’s argument, or at least I understand it: reviews pages are supposed to be places where vigorous and rigorous debate takes place – where are allowed to perform a true, gleeful hatchet job. There’s even a prize to encourage critics to stick the boot in (read last year’s glorious winner – Camilla Long’s review of Rachel Kusk’s Aftermath, at the Hatchet Job of the Year website). And there is at least a perception that people of letters should not resort to the courts because someone was mean about their latest work in the Spectator. They should just bitch about each other at book launches and send in gossipy titbits to Private Eye.

The to-be-enacted Defamation Act 2013 is supposed to allow for greater leeway in public interest journalism. Does a devastating review count?

*This article was amended on 2 August to clarify the source of a quote, and add the word “to” in the phrase “a legally framed objection to which”

6 responses to “Should you sue for a bad review?”