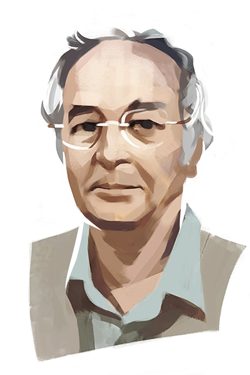 Copyright is simple to understand, except when those who want to get rid of it start complicating the explanation.

If I write a book, the right to make money from it belongs to me, and I make an agreement with a publisher who will print it and distribute it, collect the money it sells for, and pass on a small proportion to me. Anyone who wants to read it either has to buy it, in which case I get that small proportion of the money it sells for, or borrow it from a library, in which case the librarian counts the number of times that title is borrowed, passes on the details to the Public Lending Right administrators, and I’m paid a small sum for each borrowing.

Quite a number of people make money in the course of these processes. The editor, the jacket designer, the publicist, the printer, the library assistant, the bookshop manager, the PLR administrator, and others, all earn a living on the back of the fact that I and my fellow authors have written books that people want to read. And so do I, and that’s as it should be: we all contribute to the process of bringing my book to the public. Our rewards vary, of course: if my book sells a lot of copies I might make more money in a year than the bookshop manager, whereas if it sells very few I’ll make a great deal less. But that’s the risk I take, and on the whole this system is fair, and most authors see the justice of it.

What happens when someone buys my book and lends it to a friend? Well, I don’t get a penny for that, of course. Nor do I get a penny when they decide they would rather get rid of the book and give it to Oxfam, who sells it second-hand. But those transactions are pretty few, and I can put up with the anguish of making no money from them by thinking that, after all, they increase the number of my readers, who might buy my next book themselves.

Now suppose that someone sees there’s money to be made from books, and decides to print and distribute my book themselves, without any agreement with me, and keep all the money they get from it. They’d be fairly stupid to do that, because this is where the law of copyright comes in. They’re not allowed to do it. It’s against the law. That’s why it very rarely happens now, although it used to happen a great deal before international copyright agreements came into existence. Charles Dickens, for example, made no money at all from the vast sale of his books in the United States, and he was justly angered about it.

But nowadays that sort of thing doesn’t happen. Except … Someone invented the internet. And instead of going to the great difficulty and trouble of printing, binding, distributing, and so forth, in order to steal someone else’s literary or musical work, all the thief has to do is press a few keys, and they can make our work available to anyone in the world, and take all the money for themselves. This is most familiar to us in the field of music, of course. The ease and swiftness with which music can be acquired in the form of MP3 downloads is still astonishing even to those of us who have been building up our iTunes list for some time.

Some of us take the moral route, and pay for it, but many don’t. I had a long argument with a young man a year or two ago, a bright, decent student who was going to work in the field of the arts himself, who maintained that he had a right to download anything he wanted without paying for it, because it was there and he could do it. What about the money you’re stealing from the artist? I asked. Well, first of all it wasn’t stealing, he said, it was more like breathing the air that was available to everyone; and secondly, making music was something the musician would do anyway, as a hobby, and downloading it wouldn’t stop them from doing it; and thirdly, if they wanted to make money they should do as other musicians did, and perform live gigs, and go on tour, and sell merchandise at the door.

Then there’s YouTube. The pianist Krystian Zimerman was recently playing at a festival in Essen, Germany, when he spotted a member of the audience filming him on a phone. He stopped playing and left the stage, and  “explained on his return that he had lost recording contracts in the past because his playing of the works in question had already been uploaded onto the internet where people could see it for free,” according to BBC Music Magazine.

Books are slightly different, but the principle is the same. The internet only shows up in stark terms how like a cobweb the law of copyright is when confronted with the sheer force wielded by large corporations. As Richard Morrison wrote in BBC Music Magazine: “Google has been adept at fostering the impression that it is merely an altruistic and democratic ‘platform’ – a digital version of Speaker’s Corner – rather than a commercial publisher that is as accountable to the laws of copyright, libel and theft as any old-fashioned ‘print’ publisher would be. That Google has managed to sustain this illusion of being something like a charity or public service is astonishing, since it is a massively profitable global corporation with ways of minimising its tax bill that many would consider to be the opposite of public-spirited.” At the end of his article Morrison said: “If you quote me, I promise not to sue.”

The technical brilliance is so dazzling that people can’t see the moral squalor of what they’re doing. It is outrageous that anyone can steal an artist’s else’s work and get away with it. It is theft, as surely as reaching into someone’s pocket and taking their wallet is theft. Writers and musicians work in poverty and obscurity for years in order to bring their work to a pitch of skill and imaginative depth that gives delight to their audiences, and as soon as they achieve that, the possibility of making a living from it is taken away from them. There are some who are lucky enough to do well despite the theft and the piracy that goes on all around them; there are many more who are not. The principle is simple, and unaltered by technology, science, or magic: if we want to enjoy the work that someone does, we should pay for it. 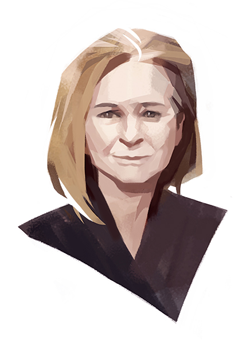 The world is changing. Being a creator means something different today from what it meant a few years ago. And, let’s be honest, the change hasn’t been all good. The seemingly endless parade of newspapers shutting their doors or slashing their budgets is a stark reminder that it’s hard to make a living as a content creator. Today’s writers, photographers, and musicians must think very creatively about how to distribute and monetize their work, and the solutions they arrive at may look very different from the ways previous generations of artists made money.

In the past few weeks, there has been a lot of discussion about Spotify and similar music streaming services, and whether they pay artists fairly. The debate underscores the larger issue, that traditional distribution models are quickly becoming obsolete. The new generation of artists must be as cutting-edge with its business models as it is with its art.

According to world-renowned science fiction author Cory Doctorow, “My problem is not piracy, it’s obscurity.” Years ago, Cory decided that making it easy for people to download his books would do more for his career than trying to make it hard would. In other words, Cory doesn’t see people accessing and sharing his work online as a threat; he sees it as his livelihood. In a lot of ways, Cory represents the new possibilities for creators in the digital age. The creators who are thriving today are the ones who use Internet distribution most innovatively; in fact, the ones who are most generous with their work often reap the most reward.

But copyright was created in an analog age. By default, copyright closes the door on countless ways that people can share, build upon, and remix each other’s work, possibilities that were unimaginable when those laws were established. For Cory and artists like him, people sharing and creatively reusing their work literally translates into new fans and new revenue streams. That’s the problem with the all-or-nothing approach to copyright. The All Rights Reserved default doesn’t just restrict the kinds of reuse that eat into your sales; it also restricts the kinds of reuse that can help you build a following in the first place.

What’s more exciting than the licenses’ track record in court is their impact on the world. Writers, musicians, and filmmakers are using our tools to build new creative communities and redefine how artists share, collaborate, and monetize. Scientists and other researchers are publishing their papers and data openly, letting others carry their work forward more swiftly. Governments are starting to require open licensing on resources and research that they fund, ensuring that the public has full access to what it paid for. Educators are building textbooks and other educational resources that anyone can use and customize at no cost, helping to bring higher quality education to communities with limited resources.

Of course, open licensing alone isn’t what makes a creator successful. Cory is successful because he’s a gifted and hard-working writer. Amanda Palmer is famous thanks to her songwriting talent and charisma. Jonathan Worth wouldn’t be a sought-after photographer if he didn’t have a knack for taking perfect shots. These people aren’t successful because of Creative Commons. But they are successful, in part, because they found ways to let the power of the Internet carry their careers to new heights. And for each of them, that strategy included sharing their work widely under an open license.

It’s impossible to imagine how new technologies will redefine the next generation of creative professionals, but I believe that the most innovative creators won’t try to go back in time. Instead, they’ll use new technologies to their own benefit and that of their peers. They’ll carry technology forward rather than trying to fight it back. I can’t wait to see what’s next.

Philip Pullman is the president of the Society of Authors @Soc_of_Authors

This article is reproduced from the autumn 2013 edition of Index on Censorship magazine, which will be published on 1 Oct.

25 responses to “Pullman v. Casserly: The future of copyright”