NEWS
The "nasty little bill" that could kill the Big Society 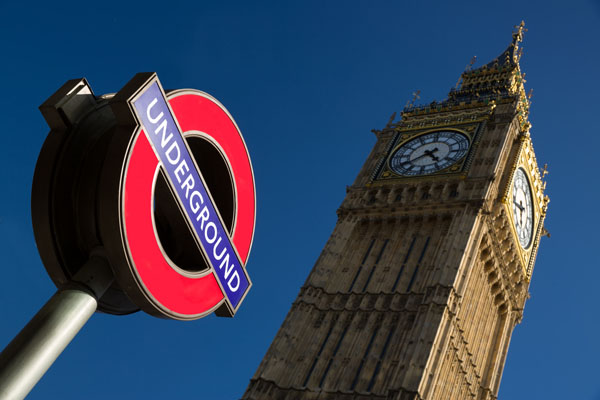 The stakes are incredibly high as the British government considers buckling in the face of intense pressure over its controversial and divisive lobbying bill. If it does not, there is a real danger that the voice of David Cameron’s “Big Society” is about to be snuffed out for good.

From out of nowhere, the coalition government’s lobbying bill has created a sudden, serious threat to freedom of speech in Britain. Charities are terrified that their campaigning activity will be virtually shut down if the coalition’s proposed measures become law.

After a week of outrage and anger the first indications of a shift in stance are now starting to emerge. One coalition source I’ve spoken to says further concessions as the bill is debated in detail next week will leave the charities “mollified”. A Liberal Democrat source has, separately, suggested amendments will be tabled making clear charities’ activities will not be impinged. At the time of writing it remains to be seen whether that’s the case.

It has happened astonishingly quickly. Before the summer started there was no cause for concern. Now, though, dark partisan motives are underpinning debate on the legislation many of those affected are already calling the “gagging bill”.

This “nasty little bill”, as one Labour MP put it, is ostensibly an attempt to create more transparency in the system by which interest groups of all shapes and sizes put pressure on MPs and ministers. Its proposal to create a statutory register of lobbyists is widely criticised for being fundamentally flawed, though, because it only covers those working for public affairs agencies. In-house lobbyists, representing large corporations, get away scot-free.

Then there’s the real issue: a move against the influence of third parties in election campaigns. Under the proposals of this afterthought, any organisation which isn’t a political party faces a severe clampdown if it wants to campaign actively on its own issues during the election season. Trade unions, whose activity overwhelmingly helps Labour, are overtly targeted. The problem is that charities, which cumulatively form an important part of British political debate, are also going to be affected.

“The bill will have a chilling effect on campaigning activity,” the National Council of Voluntary Organisations’ parliamentary manager Chloe Stables warns. She fears the complexity and the uncertainty of the rule changes will lead many organisations to become “so scared of these rules they’ll stop undertaking campaigning, because charities are very risk averse”.

Not everyone is convinced there is an issue here. Conservative MP Stephen McPartland says charities are already covered by many of these rules. It’s true – charities are already forbidden from endorsing a particular candidate. “I’m very concerned the opposition have been able to portray this bill as a gagging bill,” he worries (says?).

Drill down to the small print, though, and the way in which the bill would dramatically broaden the activities charities are forbidden from undertaking emerges. Under current rules, Laura Pett of the Royal British Legion (RBL) explains, charities only have to prove their “intent” if they are accused of interfering in a specific campaign. Under the text of the bill, though, they’re banned from activity “for the purpose of or in connection with” electioneering.

The question charities are now asking is: what does ‘in connection with’ actually mean? In the run-up to the 2010 general election the RBL persuaded 75 per cent of candidates to sign a pledge promising to ‘do their bit’ for the armed forces if elected. What happens if candidates A and B sign up, but candidate C doesn’t – and then candidate C, having lost by a few hundred votes, complains that literature highlighting the issue influenced the result?

“It’s very widely drawn and is totally unclear as to what is and isn’t included,” James Legg of the Countryside Alliance worries (points out?). “You could find ordinary day-to-day campaigning activity, whatever it might be, could be seen to be for electoral purposes. In other words, we’re losing any sort of objectivity to it. It’s becoming very much a subjective test.”

It will be the Electoral Commission which has to make these judgement calls. You might expect it to welcome these new powers, but you’d be wrong. The bill, it warned in evidence to parliament, “raises real questions of freedom of speech”. It is as deeply concerned by the government’s proposals as everyone else.

The Electoral Commission faces a “bureaucratic nightmare”, Plaid Cymru MP Jonathan Edwards, a former Citizens Advice employee, believes. His party is worried about the impact the changes could have on the devolved administrations. The bill specifically refers to Westminster elections, but Edwards doesn’t think they can be viewed in isolation from the local and devolved contests. “Often campaigns will cross over, so therefore it wasn’t clear to me, as someone who’s worked in the sector, how employers would be expected to dissect the terms of the bill.”

Perhaps there would be more clarity if the government had given the legislation more time to be improved before bringing it to the Commons. MPs have been left aghast by the lack of pre-legislative scrutiny. The political and constitutional reform committee has issued an emergency report calling for it to be withdrawn completely, saying it is “seriously flawed” precisely because of a lack of consultation.

The truth is this bill is not so much being rushed as rammed through parliament. Its Commons stages will be over by mid-October, leaving it set to enter the statute book by the end of the year. “I understand there are some incentives to get this done by a certain date so organisations can have certainty before the next election,” says Stables of the NCVO, but adds that they would’ve preferred more time.

Both sides privately acknowledge the meetings between the NCVO and the government are not going well. There is a complete standoff over whether the text of the bill leaves charities vulnerable or not. The government lawyers say one thing, the charities’ experts say another.

In the meantime all the talk in the Palace of Westminster is of the politicking which underpins the lobbying bill. “The government’s fobbed everyone off so far,” one MP says. It’s an attempt to get at the unions and make it harder for them to reduce their ability to campaign.” Even government figures week implicitly acknowledge the change is being sought to shift the rules of the game against Labour. “This is not about targeting particular people,” one source close to the leader of the House, Andrew Lansley, says. “This is about making sure there is a level playing field.”

Usually, political parties jostling for advantage like this only really matters to Westminster types. It is ugly and undignified and will not have a decisive influence on the outcome in 2015, after all.

This time is different. The fear is the ability of charities to carry out their vital campaigning work could end up as collateral damage in a much bigger struggle for power.

Three years down the line, the charities David Cameron championed with his promises of a “Big Society” are now asking whether they are about to be gagged – just when they need their voices most of all.