NEWS
Judy Blume on being banned

As the US marks Banned Books Week, one of the world's most-read authors reflects on finding her book censored in American schools and libraries 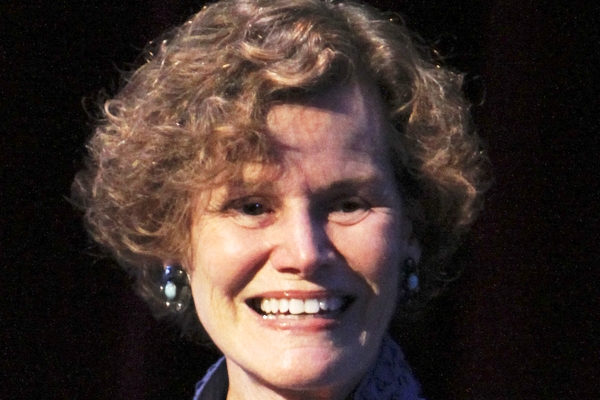 It never occurred to me, when I started to write that what I was writing was controversial. Much of it grew out of my own feelings and concerns when I was young.

There were few challenges to my books then, although I remember the night a woman phoned, asking if I had written Are You There God? It’s Me, Margaret. When I replied that I had, she called me a communist and slammed down the phone. I never did figure out if she equated communism with menstruation or religion, the two major concerns in 12-year-old Margaret’s life.

But, in 1980, the censors crawled out of the woodwork, seemingly overnight, organised and determined. Not only would they decide what their children could read, but what all children could read. Challenges to books quadrupled within months, and we shall never know how many teachers, school librarians and principals quietly removed books to avoid trouble.

Today, it is not only language and sexuality (the usual reasons given for banning my books) that will land a book on the censors’ hit list. It is Satanism, New Age-ism and a hundred other ‘isms’, some of which would be laughable if the implications were not so serious. Books that make kids laugh often come under suspicion; so do books that encourage kids to think, or question authority; books that don’t hit the reader over the head with moral lessons are considered dangerous.

My book Blubber was banned in Montgomery County, Maryland, for ‘lack of moral tone’ and, more recently, challenged in Canton, Ohio, for allowing evil behaviour to go unpunished. But in New Zealand it is used in teacher-training classes to help explain classroom dynamics. Censors do not want children exposed to ideas different from their own. If every individual with an agenda had his or her way, the shelves in the school library would be close to empty.

But I am encouraged by a new awareness. This year I have received a number of letters from young people who are studying censorship in their classes. And in many communities across the country, students from elementary through to high school are becoming active (along with caring adults) in the fight to maintain their right to read and their right to choose books. They are speaking before school boards, and, more often than not, when they do, the books in question are returned to the shelves.

Judy Blume writes books for readers of all ages. This article was first published in Index on Censorship magazine in 1993

One response to “Judy Blume on being banned”