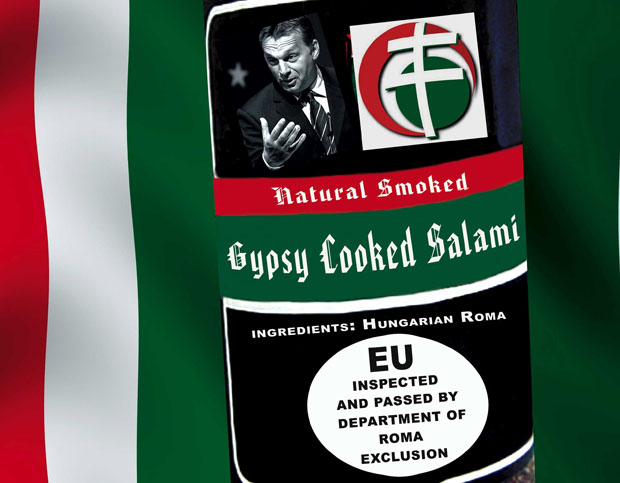 A poster from Marika Schmiedt’s exhibition Thoughts Are Free

The Hungarian Ambassador to Austria has called for the cancellation of a “racist” and “anti-Hungarian” art exhibition which opened yesterday in the Austrian city of Linz.

Thoughts Are Free, the exhibition by Roma artist Marika Schmiedt, features posters highlighting the plight of Roma people in Europe today. Several pieces draw parallels between the Nazis and Hungary’s far-right Jobbik party, whose views on the country’s Roma population have been well documented. In one poster, Hungarian Prime Minister Viktor Orbán from the Fidesz party is pictured on the label of “Natural Smoked Gypsy Cooked Salami” next to a Jobbik logo.

Ambassador Vince Szalay-Bobrovniczky labelled the exhibition: “a cheap provocation, openly racist and hostile against Hungary, and in violation of European values ​​and the dignity of minorities, especially the Roma,” reported the Hungarian news agency MTI.

The Ambassador also took issue with it being located in Linz City Hall, stating that that the “socialist Linz city administration” will not back out of the “discrimination filled” project due to the artist’s political and ideological ties.

He contacted both Mayor Franz Dobuschs and Austrian President Heinz Fischer demanding that the exhibition be cancelled. 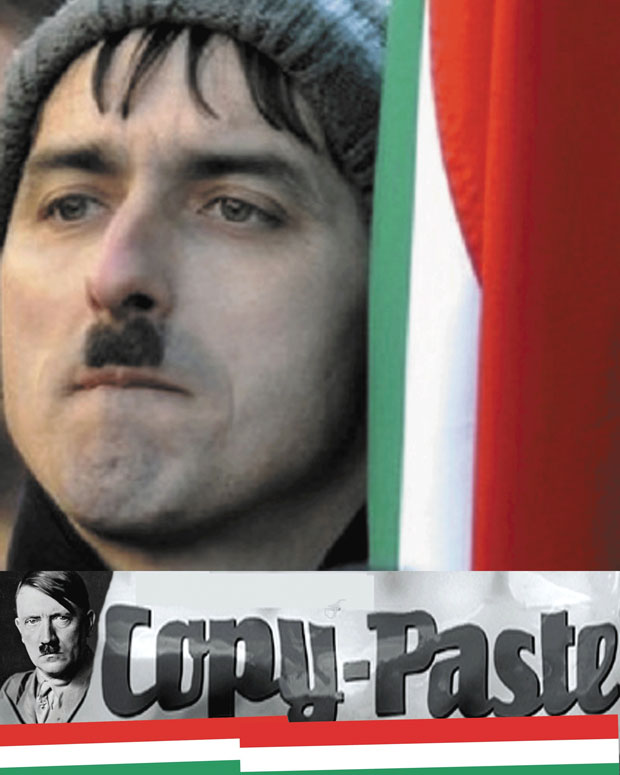 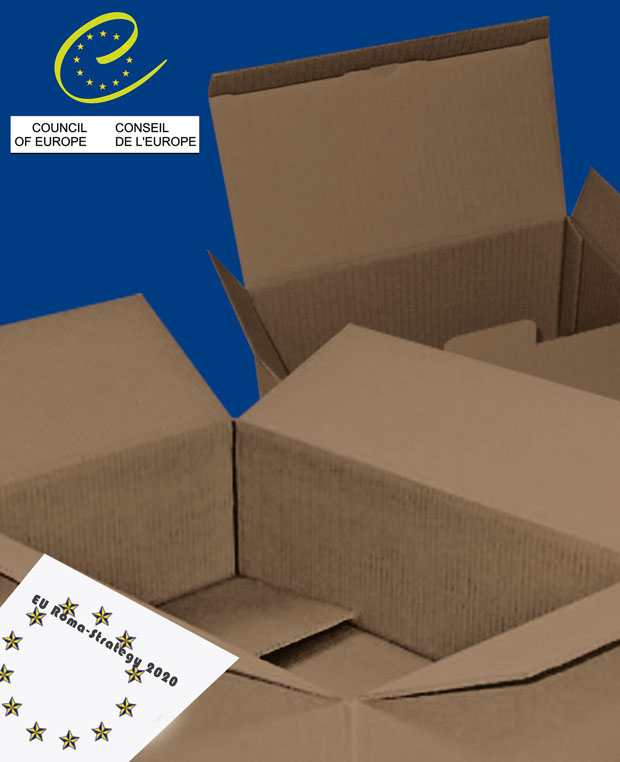 Linz City Hall has also been inundated with hundreds of emails from angry Hungarians, seemingly led by the Salzburg Hungarian Club, which, in May, invited Jobbik politician Tamás Sneider to speak.

This is not the first time Thoughts Are Free has caused controversy. When the posters were first exhibited at a construction site fence in Linz last November, the Austrian police removed them following complaints lodged by Hungarians.

Mayor Dobuschs however, did not budge: “Criticism and escalation is a legitimate method in a democracy,” he said in a reply to Szalay-Bobrovniczky. “We therefore stand by the artist who will receive a public forum at City Hall”.

She added: “Maybe I might also dedicate a graphic to the ambassador?”