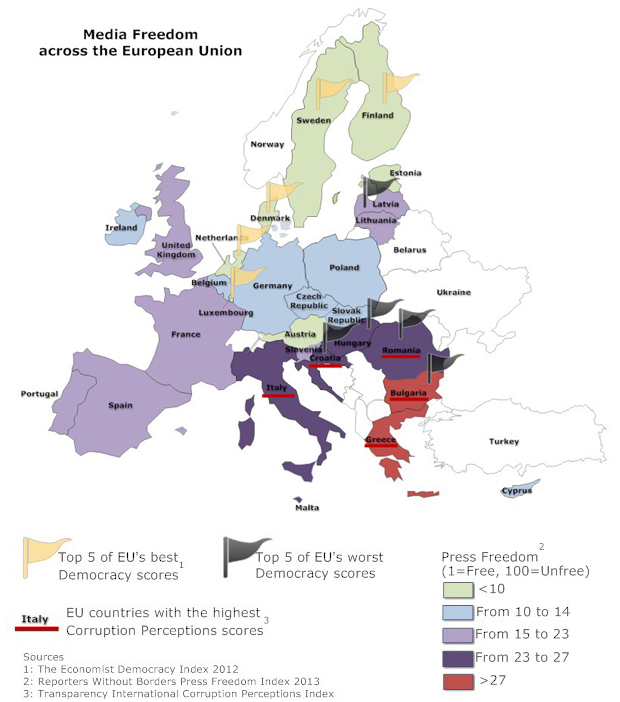 Since the entering into force of the Lisbon Treaty on 1 December 2009, which made the EU Charter of Fundamental Rights legally binding, the EU has gained an important tool to deal with breaches of fundamental rights.

The Lisbon Treaty also laid the foundation for the EU as a whole to accede to the European Convention on Human Rights. Amendments to the Treaty on European Union (TEU) introduced by the Lisbon Treaty (Article 7) gave new powers to the EU to deal with state who breach fundamental rights.

The EU’s accession to the ECHR, which is likely to take place prior to the European elections in June 2014, will help reinforce the power of the ECHR within the EU and in its external policy. Commission lawyers believe that the Lisbon Treaty has made little impact, as the Commission has always been required to assess whether legislation is compatible with the ECHR (through impact assessments and the fundamental rights checklist) and because all EU member states are also signatories to the Convention.[1] Yet external legal experts believe that accession could have a real and significant impact on human rights and freedom of expression internally within the EU as the Court of Justice of the European Union (CJEU) will be able to rule on cases and apply European Court of Human Rights jurisprudence directly. Currently, CJEU cases take approximately one year to process, whereas cases submitted to the ECHR can take up to 12 years. Therefore, it is likely that a larger number of freedom of expression cases will be heard and resolved more quickly at the CJEU, with a potential positive impact on justice and the implementation of rights in the EU.[2]

The Commission will also build upon Council of Europe standards when drafting laws and agreements that apply to the 28 member states. Now that these rights are legally binding and are subject to formal assessment, this may serve to strengthen rights within the Union.[3] For the first time, a Commissioner assumes responsibility for the promotion of fundamental rights; all members of the European Commission must pledge before the Court of Justice of the European Union that they will uphold the Charter.

The Lisbon Treaty also provides for a mechanism that allows European Union institutions to take action, whether there is a clear risk of a “serious breach” or a “serious and persistent breach”, by a member state in their respect for human rights in Article 7 of the Treaty of the European Union. This is an important step forward, which allows for the suspension of voting rights of any government representative found to be in breach of Article 7 at the Council of the European Union. The mechanism is described as a “last resort”, but does potentially provide leverage where states fail to uphold their duty to protect freedom of expression.

Yet within the EU, some remained concerned that the use of Article 7 of the Treaty, while a step forward, is limited in its effectiveness because it is only used as a last resort. Among those who argued this were Commissioner Reding, who called the mechanism the “nuclear option” during a speech addressing the “Copenhagen Dilemma” (the problem of holding states to the human rights commitments they make when they join). In March 2013, in a joint letter sent to Commission President Barroso, the foreign ministers of the Netherlands, Finland, Denmark and Germany called for the creation of a mechanism to safeguard principles such as democracy, human rights and the rule of law. The letter argued there should be an option to cut EU funding for countries that breach their human rights commitments.

It is clear that there is a fair amount of thinking going on internally within the Commission on what to do when member states fail to abide by “European values”. Commission President Barroso raised this in his State of the Union address in September 2012, explicitly calling for “a better developed set of instruments” to deal with threats to these rights.

This thinking has been triggered by recent events in Hungary and Italy, as well as the ongoing issue of corruption in Bulgaria and Romania, which points to a wider problem the EU faces through enlargement: new countries may easily fall short of both their European and international commitments.

Full report PDF: Time to Step Up: The EU and freedom of expression