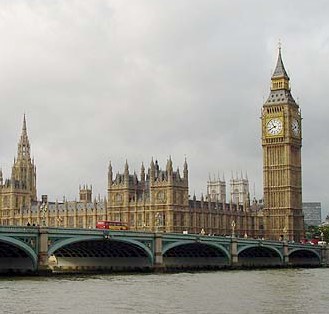 Even after months of bitter opposition from the charities on the receiving end of the British government’s gagging bill, ministers are refusing to accept their reforms are threatening to undermine the “very fabric of democracy”.

That is the worry from the alliance of charities and other campaigning groups who will be hit by changes being pushed through in what the government insists should be called the “transparency bill”.

Such is the scope of the reforms in the legislation, which is now working its way through the Lords, that a whole range of campaigning activity will face intimidating regulation – and all the strangling paperwork that goes with it.

Democracy is about a struggle for power between competing political parties. But the electorate can only make up its mind if third-party groups make their voices heard on the most important public policy issues of the day.

If the government gets its way it is going to become much harder for that to happen. The list of groups which will be affected is endless: those attempting to save a threatened local hospital, or block the High Speed 2 rail project in constituencies on the proposed route, or trying to combat extremism in constituencies where far-right parties are threatening to make progress, are all set to be affected. There are many, many more examples.

Ministers claim they only ever wanted to make life tougher lobbying groups, rather than make their work virtually impossible. “It doesn’t matter what the bill was meant to do,” Baroness Hayter, the Labour frontbencher leading the fight against the bill in the Lords, says in reply. “Its intent may be transparency, but the effect of it is what’s worrying.”

The opposition’s complaints about the bill have forced minor concessions here and there. Ultimately, though, none of them change the fact that if the gagging bill passes it will be much, much harder to raise important issues just at the moment when they need to be highlighted.

Peers took over the struggle from MPs this autumn. They didn’t look to be making much progress until Lord David ‘Rambo’ Ramsbotham tabled a procedural motion which would have slowed up the bill’s progress through the Lords. A governmental panic ensued. Ministers met with Ramsbotham three times in a single morning. With the coalition facing defeat if it came to a vote, a six-week hiatus was announced.

It was a miserable concession. Opponents, who had wanted a pause of at least three months, weren’t placated at all. They were frustrated that, instead of holding a formal consultation, officials instigated a series of meetings with affected parties. One charity campaigner said he was asked again about the objections he’d already raised. “They said ‘oh no, it couldn’t possibly apply’,” he remembered. “I said, ‘are you sure?'” The ministers replied: “Well, yes, maybe…”

It is that uncertainty which remains at the heart of the issue. There is no single measure which is being fought over. Instead the cumulative effect of the reforms is what Hayter calls “tying them in red tape” – a combination of measures which makes it much more likely many small-scale groups will simply decide not to bother campaigning at all.

“The danger is the regulation it introduces will be so complex, ambiguous and demanding in terms of time that many small organisations will just not do it,” says Pete Mills, policy and research officer at Unlock Democracy. “They’ll be so worried about falling foul of the rules they’ll just stop campaigning altogether. That would be very dangerous in the run-up to an election where this kind of debate is most valuable.”

This week the bill is receiving detailed scrutiny in the Lords. After two reports from the Commission on Civil Society and Democratic Engagement demanding changes, the government does look set to increase the spending threshold over which campaign spending becomes regulated. By how much will, of course, be critical. Ministers are also conceding they will hold a review of the system after the next general election.

Both these promises have been met with cynicism from Labour. It is enraged by the government’s failure to amend the bill this week. Instead the changes are likely to come early in the new year, when – with the disorganised crossbenchers slowly returning from the festive break – ministers are more likely to win a vote.

This is how the bigger-picture changes in the bill could become law. We could see an extension of what constitutes ‘controlled expenditure’ to cover a much wider range of activities including rallies, meetings and polling. Every group campaigning as a coalition could be forced to register the total spending of the coalition as a whole.

“We are talking about something which faces a criminal sanction if you break it, so I think one is right to expect a degree of certainty,” complains James Legg of the Countryside Alliance. He believes his organisation’s campaign against fox-hunting in the 2005 election would have been effectively shut down had the coalition’s changes been in place.

Legg fears that nightmare could become reality in 2015. “The government could simply say ‘we’ll introduce that now’, and that would shut us up,” he says.

The battle against the ‘gagging bill’ is not yet lost, but it’s a bleak outlook for Britain’s democracy this midwinter.